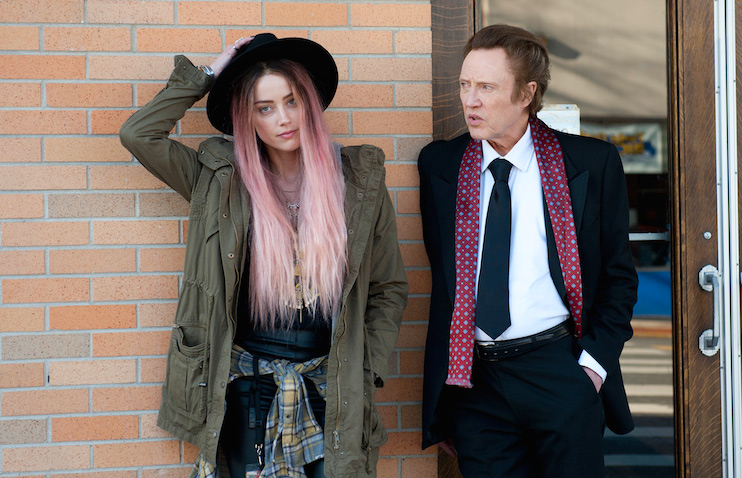 Since breaking out with “Friday Night Lights,” the 2004 teen drama that went on to inspire the beloved TV series, Austin-born actress Amber Heard has worked non-stop in Hollywood. But it’s taken a decade for Heard to finally find her voice in the industry.

The actress, who recently became a tabloid fixture following her recent elopement to Johnny Depp, does two on-screen “firsts” in the 2015 Tribeca Film Festival premiere “When I Live My Life Over Again.” In the dramedy, from writer-director Robert Edwards, Heard plays the guitar and sings (she’d never done either prior to this movie) to play Jude, a pink-haired struggling singer/songwriter who heads home to her father (Christopher Walken) after one too many big city problems. As soon as she arrives, she’s reminded that spending time with her father presents its own particular set of challenges.

The project also marks a huge change of pace for Heard for another reason: it’s one of the few in which her character isn’t a sex object. From “All the Boys Love Mandy Lane,” in which she played the titular hot girl, to NBC’s ill-fated series “The Playboy Club,” in which she played a cocktail waitress at the infamous Chicago spot, to “Machete Kills,” in which she donned some very risqué outfits to play the deadly Miss San Antonio, Heard up until now has been largely relegated to playing the lusted-after vixen. “When I Live My Over Again” proves there’s so much more to Heard than meets the eye.

You’re at Tribeca with not just this title, but you also have a smaller role in “The Adderall Diaries.” What it’s like to have two films at the event?
It’s so gratifying to have both of them at Tribeca. It’s an interesting outlet for them to be seen in because I think Tribeca doesn’t feel commercialized. It doesn’t feel like a giant and feels more focused on film. That’s not to say the other [festivals] aren’t, but it’s a little more intimate and a little more focus on the film. When you do a passion project for instance, you give up perks, you give up money, you give up time, you put a lot of sweat, blood and tears into this project. So to see it come to fruition in this way is immensely gratifying.
You must be proud of this project in particular. It’s so refreshing to see you in a role where you’re not sexualized at all.
I know, it’s been what I’ve fought for since the first day on the scene. Superficial is far less interesting primarily because it’s the result of things that are out of my control, so it’s independent of one’s character and how one looks. It can help define one’s character but looks in and of themselves are not the result of any hard work, bravery, substance, etc., so they’re far less interesting qualities to bear in a movie or to take on within a character. So for me, I fought really hard to find roles that weren’t defined by their sexuality. However, I haven’t, in the reverse, shied away from roles like that. I haven’t run away from it, but I’ve sought to do more with them and sought to do more with ones that weren’t like that at all. The frustrating thing is I finally get to do a movie where I’m a person—a flawed, vulnerable complex character that has a full range of traits, experiences, reactions, emotional reactions and it doesn’t matter how she looks.
I’ve been in this business for 12 years or something and it’s incredible frustrating to be able to just now be trusted or given roles like this because this industry’s very hard on women, because you’re constantly asked to choose between one of two archetypes: sexy or not. And within the “not,” you perhaps can acquire for yourself a few different traits, but they’re going to be severely limited. The story’s not going to be about you. In the former, it’s completely unfulfilling work to undergo and it’s not fulfilling for an audience to watch. It’s incredible frustrating that a system is in place where you have to choose one or the other. I should not have to choose to be taken seriously or to be beautiful. I finally get to do a role without any of that shit, it’s about a character and her issues and her problems and her journey. 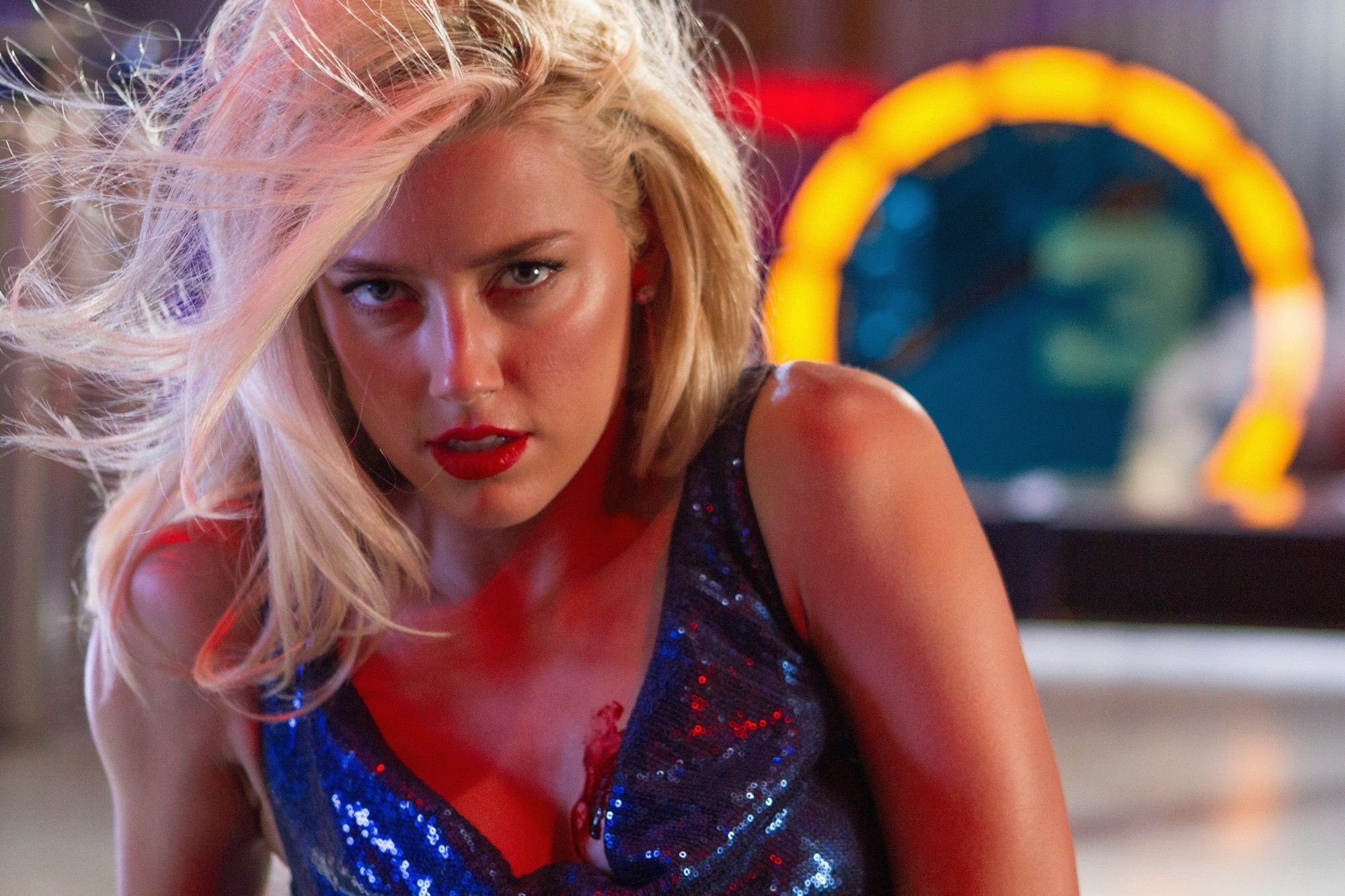 For years now you’ve chosen “sexy.” Why did you make that choice?
I wasn’t allowed to choose.
What do you mean by that?
Nobody’s going to invest in somebody who’s prepackaged for one category already. If I’m prepackaged to be sold in category A, then none one’s going to take a chance on me in B  — and there’s no incentive to do so. They’ll just hire someone who’s easily marketable in that regard. And then as we age and change, one category alone stands as a possibility for you, if that, and then you pass a certain point and there’s hardly any possibilities in this field at all, which is sad for women. For me, I was never allowed the opportunity to play anything at all but a certain archetype in which I would try to imbue a certain personality, flaw, quirks. At the end of the day I have to walk away from set and hope that all of my rewriting my lines, all of my wit, all of my weird and everything I brought and talked the director into accepting or talked the producer into trying, I hope that the editor will protect it, that the marketing will protect it — and that alone is a joke.
What incentive do they have to make a female character that fits into an easily marketable category, holds that position just fine in the story because we don’t need to develop a lot of our female character, right? They’re not very fleshed out because they don’t need to be and that is the idea. So what incentive does anyone have to protect all that shit I brought to the table? I try to find ways to make my characters stronger, independent. I’ve always chosen strong women, smart women, I’ve always chosen to protect myself as best I can, but the really fucked up thing is that nobody has any incentive in this industry to invest in something other than what can be seen in you or what’s the easiest thing to do.

To Robert Edwards’ credit, I met with him like you and I are meeting and said, “I will work my ass off to learn to sing”—

You never sang before, right? Or played the guitar?
Never.
You have a beautiful voice.
Thanks. It’s not that amazing. I never sang before, I thought I was tone deaf. And I told him, “I think I’m tone deaf? Give it a shot, fire me, if I’m terrible fire me, but I want to do this role and I want it to be my voice. I don’t it to be…”
Auto-tuned.
Yeah, or dubbed. And so I went to singing lessons, guitar lessons, piano lessons, everyday and worked my ass off for hours everyday for months. When I met with him I said, “I appreciate you taking an interest in me, because these are the characters I fight to find.” Judith’s flawed, she’s vulnerable, but primarily because Bob wasn’t trying to create a two-dimensional female character that was sexy or uncompelling. He didn’t do the easy. He went for a complex female character and did something more insane by hiring me to do it and I’m immensely thankful to him for seeing my worth as something more.

But it’s very hard, the roles are very limited and hard to find. I moved to L.A. when I was 17 not knowing anyone so I had to work my ass off. Finally I’m being allowed to have the opportunity. 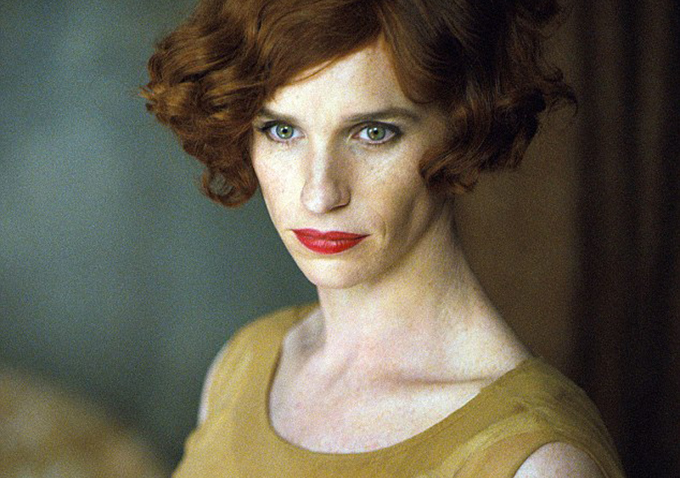 “The Danish Girl” is coming out this Christmas. Can you talk about that and whether you’re being really selective about the types of projects you take on going forward?


I’m seeking roles that challenge me and that are compelling. There not always going to be easy characters, or beautiful characters or heroes. I want to take roles that I feel are complex and challenging and “The Danish Girl” is no exception. I play Oola Paulson and she’s a ballet dancer in 1920’s Copenhagen. The creative undercurrent is running through that area of the world. It’s such a beautiful time. She’s a ballet dancer, close with the couple played by Eddie Redmayne and Alicia Vikander. Oola is their flamboyant, fun-loving friend who allows Eddie’s character to be seen from the perspective he wants, she allows him to become who he wants to become in a way that is driven by the heart. She’s completely non-judgmental and leads with her heart and helps Eddie to fully realize who he needs to become with love and support and ease.

You’re a big advocate for the LGBT community, having come out as bisexual a while back. This film deals centers on an artist, Eddie Redmayne, who is famous for getting one of the first known gender-reassignment surgeries. Did you LGBT activism play a role in your desire to make “The Danish Girl”?
There were many aspects to doing this project that I was compelled by. Tom Hooper is one my favorite filmmakers. Eddie Redmayne is one of the most talented actors of my generation. That’s to undersell him. I was excited to work with Alicia, she’s incredible talented. I have this amazing cast and this era that I’m incredible fascinated by. I love art, I love the surrealism, especially. So this era is compelling to me. All of these things combined. And it’s story about heart and love between two people and identity as well and it just so happens to be also an LGBT issue. It’s a story surrounding some of the intimate issues within the LBGT community. Discrimination, identity, family relationships love, all these things within the context of a society. All of these things within a society that doesn’t accept that. Somebody undergoing a sex change to fully realize themselves is incredibly compelling for me. I’m obviously a major advocate for equality and as a member of the LGBT community I am honored to be able to be part of a story that represents a part of that struggle and that life.

It’s such an important story.
It is. It’s an issue facing so many people today. And as a socio-sexual experiment, it’s fascinating that we get to talk about previously conceived notions of gender. What fascinates me is it can be part of the conversation because of technology — and when I say technology I mean in the medical field as well. This is a relatively new possibility to change gender. So it opens up a whole new conversation that’s fascinating to me about what it is to be male or female or to live in a world with a two party system. Where you have up until recently one of two options, and it wasn’t an option. Now it opens up a conversation. It’s fascinating. And we’re now starting to be able to separate gender identity from sexual preference and with the growing acceptance of sexual fluidity and the growing possibility of gender fluidity.
There’s always been gay people. That’s a fact. And I’m not trying to say that having ambiguous gender identity, I’m not saying that’s new. Look at the Greek culture, that’s fairly recent too in the span of human culture, but to actively be able to change it in this way…awesome.

READ MORE: Exclusive: Could Amber Heard and Christopher Walken Be Performing at Next Year’s Oscars?