Tribeca: Jason Sudeikis on How and When to Improv in a Movie 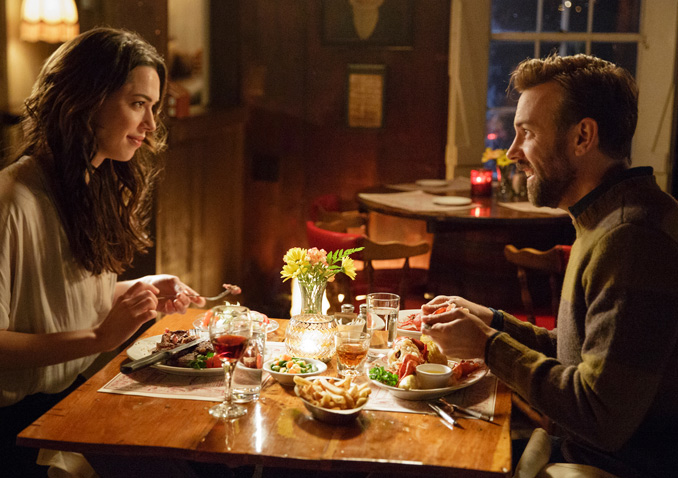 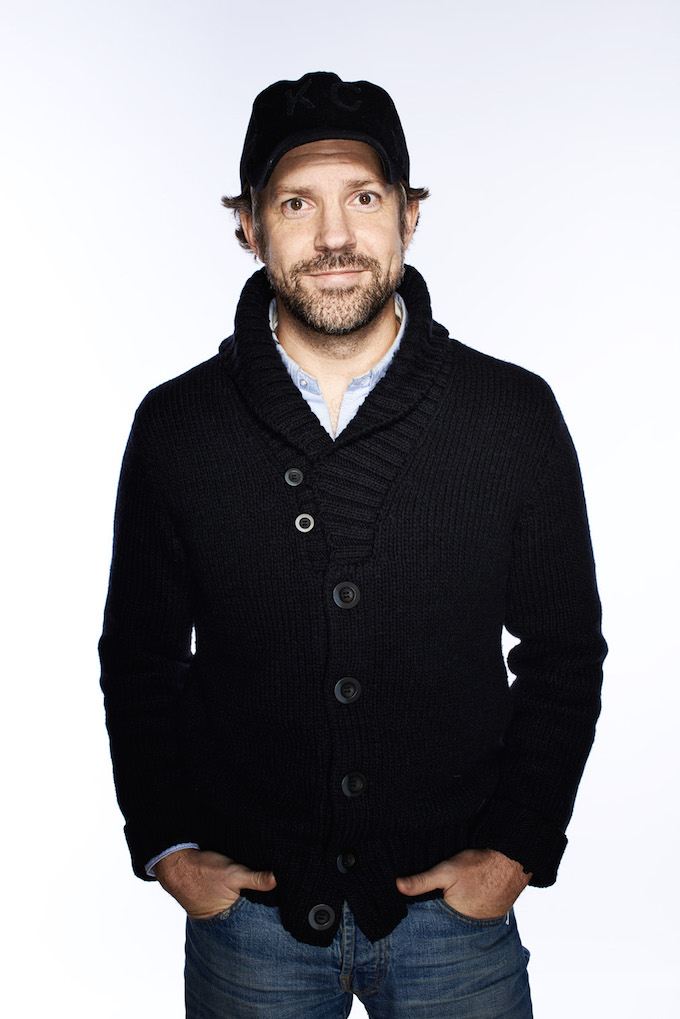 With his dark beard and deep, rich voice, Jason Sudeikis is a powerful embodiment of 21st century masculinity, which makes you wonder why it took him so long to land plump romantic roles. The wait, it seems, was worth it.

Sudeikis, who has had leading roles in a wide range of television and film comedies over the past decade — from “Saturday Night Live” to “30 Rock” and “We’re the Millers” to “Horrible Bosses” — stars opposite Rebecca Hall in “Tumbledown,” a romantic comedy from the married writer/director duo Desi Van Til and Sean Mewshaw, set in rural Maine. The film derives inspiration from the stories of brilliant real-life singer-songwriters like Nick Drake and Jeff Buckley whose lives were cut short too soon. Hall plays the grieving widow of a famous folk singer who decides to hire Sudeikis’ character, a sardonic, New York City American Studies professor, to help her craft a biography of her late husband. Factor in the woody terrain, some snow and more than one roaring fire and it’s no doubt sparks start to fly.

Following the film’s premiere at the 2015 Tribeca Film Festival, Sudeikis sat down with Indiewire to talk about his involvement with the project and how he isn’t afraid of getting sentimental.

How did this script come across your desk?
I think it was through an agency. A fellow named Jon Levin at CAA brought it to [my] agent’s attention and I just really responded to it. I really like the character I play and I really loved the story — the hidden sort of romantic element of it, that was sort of captured in this “His Girl Friday” banter-bickering kind of relationship [with] the guy going through his stuff and the gal still going through her mourning. They are both going through these things and they need that agitation from each other to break out of what they believe they deserve and what they end up getting. I just liked that a lot and being a fan of music, I liked that it was about the struggle of art versus commerce. Like my character talks about: the commodification of genius and the tragedy that we sometimes put on artists in order to make sense of how they can do what they do. I just found it to be a nice, profound meditation on all those concepts, [as well as] a sweet lovely story that was clearly infused with a tremendous amount of specificity, particularly with the location.

Who were you thinking of when you were getting in the mindset of your character?

Nick Drake is a big one for me. I think, like many people of our generation, Wes Anderson was the one who introduced me to Nick Drake. I think from the “Rushmore” soundtrack, that song “Fly” [from “The Royal Tenenbaums” soundtrack] — it’s is a go to airplane or end of the night kind of song. 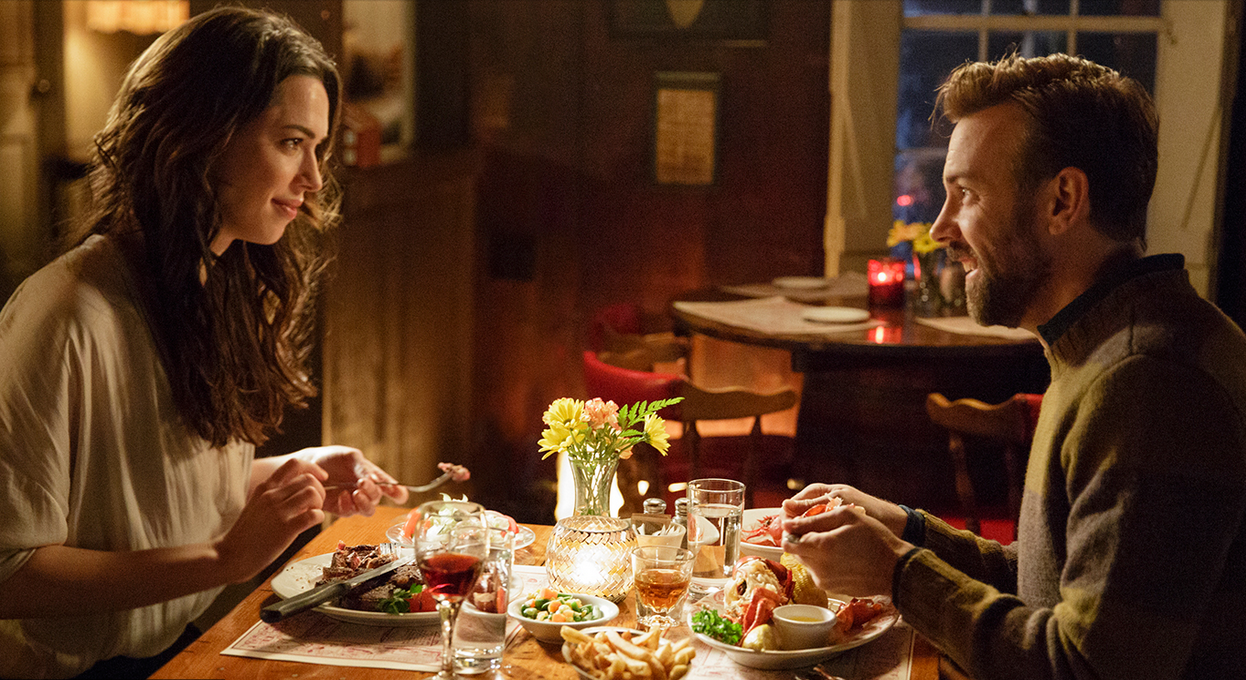 Cat Stevens’ music, obviously he is alive and well, but that style, that genre, that singer-songwriter music, that connection that I think is so at home at a festival like Tribeca [where] the spirit behind it is a singer-songwriter or a writer-director being able to get their singular voice through the red tape and bureaucracy of business. I think that anybody that had that knack and had that opportunity — I mean, hell, John Cooper Mellencamp — it doesn’t matter, someone [where] you’re like, oh this is a voice who no one has messed with. They wrote the songs, they felt these things — whether they observed them or otherwise or went through them themselves — they were able to articulate it and it’s untouched by second-guessing and hemming and hawing.

That is the goal, I think, of the smaller films at these festivals. Even though these songs come from a tragic place, especially with what I am endowing them with, my character that is, they still feel very raw and very different. The song that we hear at the end of the movie is unfinished to a degree, which is truly as independent as anything. He [Hunter] made this album in that room that we see, and it’s a boathouse — with all this makeshift equipmen, not some studio. It’s a very romantic notion of the artist, both struggling and perhaps just madly in love.

The film has an improvised feel. Was there a lot of that on set?

Not really — we didn’t have time. We would get to the point where we were just doing two takes because we were losing light or light was showing up. Luckily, Rebecca is remarkable and smart as heck and I’m used to working fast from my [time] on “SNL” and improv days where you have to make something out of nothing — so you just seize the opportunity and you don’t second guess yourself. You just have to shut up and do it. That benefited us a lot of the time.

Anything that was improvised was all done based on the suggestion of the script. Lines here, lines there, I can’t totally remember. But it wasn’t just cameras rolling and then let’s see what happens. Everything that was in the movie was probably written 50 to 70 percent longer and then through the concision on the editing process — how the story needs to be told and laid out — you get rid of [some stuff].

When I’m improvising, it’s paramount to me, to make sure it is in the voice of the writer and in the style and the tone of the film, by which I’m operating. So I’m going to improvise lines for “Horrible Bosses 2” in a very different way than I’m going to improvise lines [for another project] and that is just based on me sitting across from you, sitting across from Rebecca or Charlie [Day] or Jason [Bateman]. You just have to have big ears, as Del Close used to say. You just have to pay attention and listen to everybody because it’s all fair game. But it was a wonderful place to start from with that script.

“Tumbledown” premiered at the 2015 Tribeca Film Festival on April 18 and is currently seeking distribution.