Tribeca Review: Albert Maysles' 'In Transit' is a Fitting End to His Career 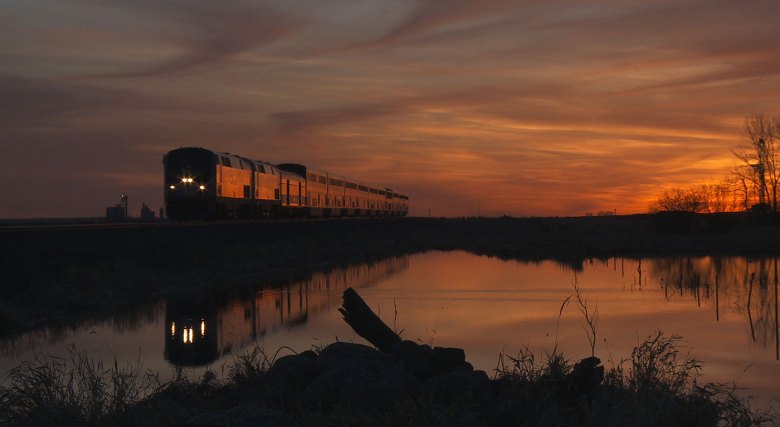 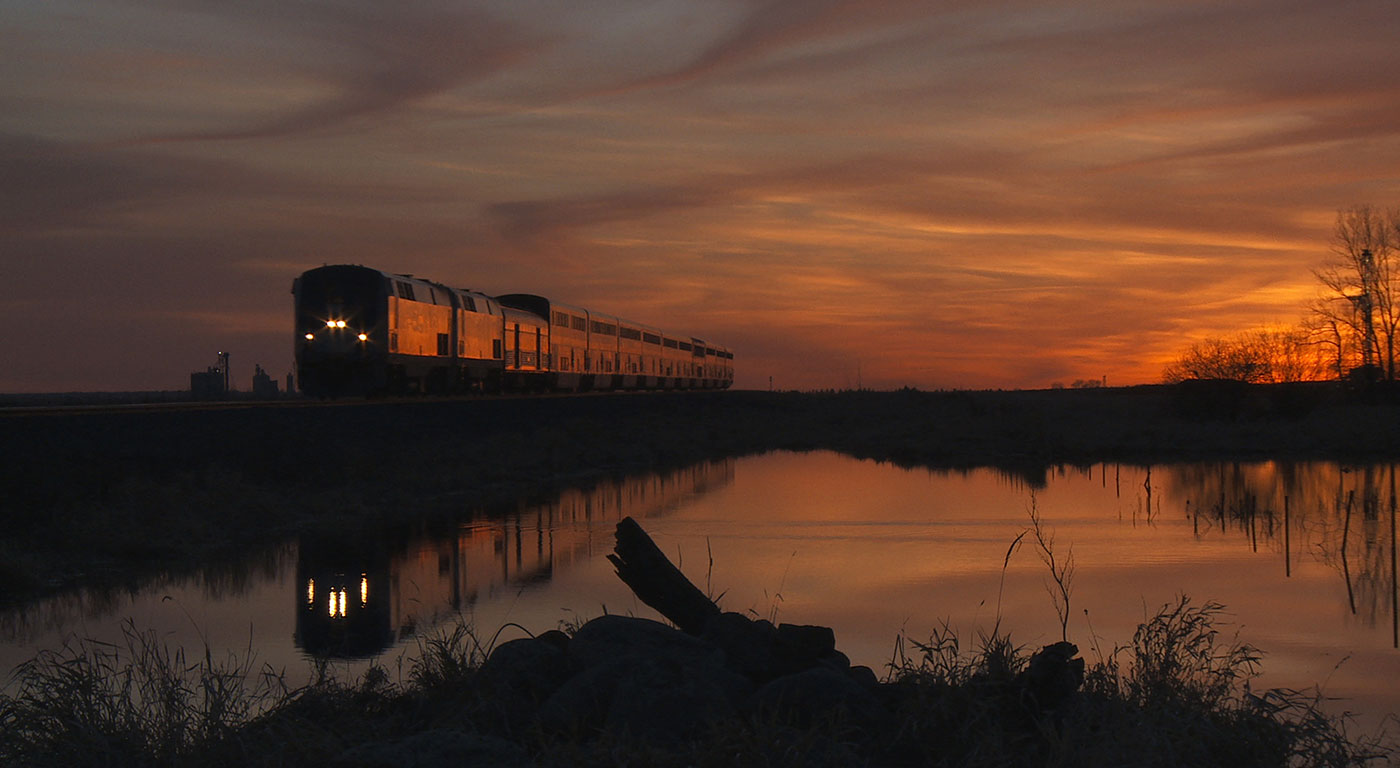 Albert Maysles and his brother David’s pioneering work with the direct cinema tradition — also known as cinema verite — revealed extraordinary details in small, unscripted moments. Though both siblings have now passed away, Albert continued producing work up until his death earlier this year, with “In Transit” marking his final cinematic achievement and a satisfying consolidation of his style.

A resolutely humble project built around various drifter types riding the Amtrak’s Empire Builder train, the movie makes no grand claims. But with its tender collage of people and places, it offers wise and telling exchanges in fragments, yielding an apt final chapter in the Maysles filmography.

“In Transit” features an extensive list of co-directing credits for Nelson Walker, Lynn True, David Usai and Ben Wu, which reflects the scope of footage in play. An opening title card explains that as the train’s route heads between Illinois and the Pacific Northwest, it carries hundreds of people east and west simultaneously — in essence, forming a moving melting pot of diverse characters with unique backgrounds that the filmmakers’ roaming cameras repeatedly uncover.

The trajectory of the train marks the only information that “In Transit” provides upfront; the ensuing collection of faces, almost exclusively found within the confines of the train, offers no supplementary information identifying the names of the speakers or their origins. As a result, their stories both define them and form a crucial linking device in this study of lost souls.

The movie opens with a young man recalling his decision to bail on his family and his job to start anew out west, but he’s far from the only one. We also meet a single mother struggling to find a new beginning for her young children, a wayward pregnant teen, and a lonely, wizened elderly woman somberly recalling her wilder days. Their collective yearning turns “In Transit” into a laboratory for uncovering the connections between regret and renewal. 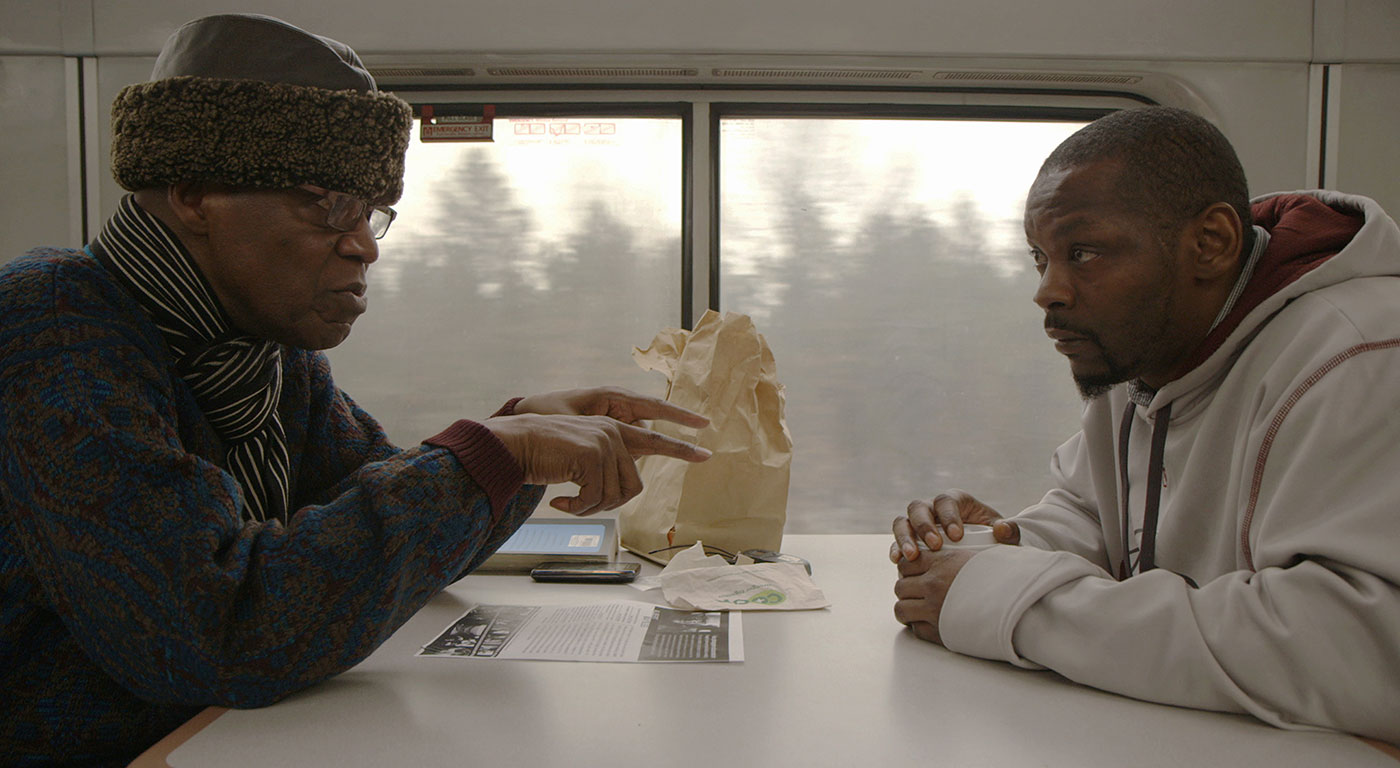 While the directors’ cameras roam the aisles and listen in, the cheerful Amtrak staff from the narrative’s Greek chorus. As the train barrels through dark tunnels and expansive countryside, “In Transit” develops an increasingly abstract quality, as if we’ve stumbled upon a purgatory of introspection. But that also keeps the unpredictability in play, and the swirling encounters are so well threaded together that the movie remains absorbing no matter where it lands.

Poignant exchanges emerge in scene after scene: a young black man tears up in an exchange with an older man who recalls his days during the civil rights movement; a wandering young woman with a cryptic smile recounts being raised by a crack addict; an aging war veteran suffering from post-traumatic stress gazes out window and discusses how his days are numbered.

Yet “In Transit” never struggles from being heavy-handed or morose. Maysles and his team intersperse some of the more dialogue-heavy passages with amusing musical interludes involving passengers strumming on guitars and banjos, while the train’s night owls take advantage of the bar. The tone regularly shifts from playful to profound, as in one telling scene that begins with boisterous inebriation and culminates with a melancholic drunk dial. Go with the flow and “In Transit” blossoms into a mesmerizing ensemble piece in which the small mysteries of personal desire outweigh the need for any major dramatic exposition.

The physical constraints of each scene are crucial to the movie’s unique appeal. Going back to the Lumiere brothers’ famous 1895 actualité “Arrival of a Train at La Ciotat,” railroad travelers an almost primal relationship to the history of cinema. Their constant motion underscores the perception that “In Transit” has a direction even as it meanders from one scene to the next. While not the first of its kind — as recently as last year, the documentary “The Iron Ministry” took a similar approach to capturing Chinese society through its own train line — “In Transit” maintains a gentle inquisitiveness that prevents the proceedings from coming across like a cold experiment.

Though Maysles’ observational technique centers on a perceptiveness that avoids blatant commentary, the precision of the editing leaves no doubt about the themes in play. Early on, one passenger extols the virtues of having “the opportunity to change,” an idea at the root of each subject’s path. In a broader sense, it’s a concept readily present in countless Maysles brothers movies from over the years, from “Salesman” to “Gimme Shelter,” all of which probe the desire to move forward while grappling with the past.

“In Transit” lacks the vast scope of those movies, but retains their underlying appeal. Maysles may never appear on camera but the feeling of his presence is palpable. One can detect the filmmaker frantically capturing as many stories as possible in a final attempt to summarize his career. Magnifying ordinary people by turning their internal processes into objects of fascination, “In Transit” epitomizes the Maysles legacy.

“In Transit” premiered this week at the Tribeca Film Festival. It is currently seeking U.S. distribution.

This Article is related to: Reviews and tagged Reviews, Tribeca 2015, Tribeca Film Festival