Tribeca: Roseanne Barr On Why She Considers Herself 'President for Life' 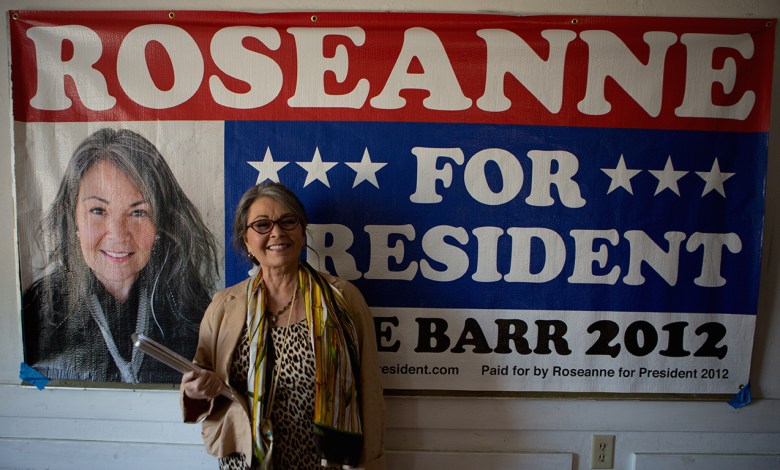 Roseanne Barr got a lot of attention at the Tribeca Film Festival earlier this week from her disclosure that she is losing her eyesight due to macular degeneration and glaucoma. As tragic as that news may be, hopefully it helps draw attention to the primary reason she was at the festival: her inspiring, gusty run for President in 2012, as documented in Eric Weinrib’s intimate and moving “Roseanne for President!,” which world premiered at the festival over the weekend.

“I wanted to run for President since I was a little girl,” Roseanne
explained to Indiewire just prior to the film’s first screening. “The
first time I heard it was possible I really wanted to do it. I was five
or six years old, and I’ve had a fantasy about it ever since. I thought
it was so great a thing that a woman could run for President. And I
guess I thought, ‘Well, I’m getting older, so I better get on it.'”

What “Roseanne For President!” shows is just how serious Barr was. Aggressively advocating for issues similar to what her groundbreaking ABC sitcom addressed so gloriously — family, class, race, gender, sexual orientation — Roseanne spent most of 2012 on a grassroots campaign to become a third party President. Which also involved advocating for one of her other passions — pot. 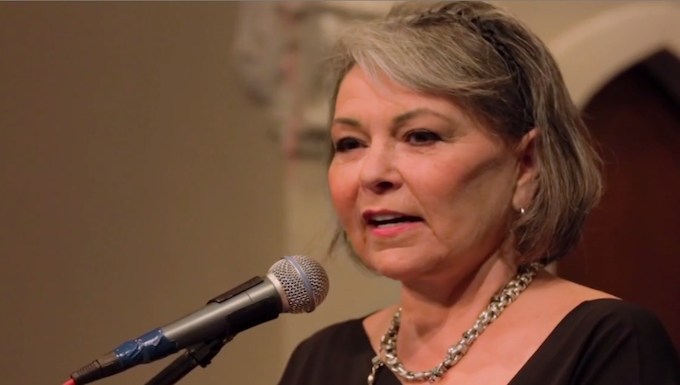 “One of the other big things I ran on was that I really thought that ending the war on drugs would be a good thing for us citizens,” she said. “Especially because it’s kind of a class war that they use to lock up kids for pot. Many of the drug arrests are for marijuana, and I thought ‘wow, that’s pretty amazing.’ So I was for legalization of marijuana because I though that would help turn our country around from the things that have ruined it.”

While Roseanne said it’s been “great” to see the strides made regarding marijuana reform since the 2012 election, she’s less hopeful about the upcoming election in general.

“I think this might be the one that does it,” she said. “This might be the last time. Because who wants to Clinton/Bush. I mean, come on. Nobody wants to see that. It’s going to be the tipping point. Bullshit is just going to fall over on it’s own weight.”

Which certainly begs the question: would Roseanne run again?

“I already consider myself President for life of the path I started with a committee called ‘Americans incorporated,'” Barr deadpanned. “It represents 350 million Americans and, you know, I just kind of incorporated all the Americans so their voices might actually be heard in Congress. It’s an ironic thing because the only people heard in Congress as corporations so I thought maybe if the people were incorporated maybe Congress would actually value what they have to say. So I’ve incorporated all Americans in ‘Americans, Inc.’ And I’m the President for Life. So I’ve already accepted the presidency and have no need to run again.”

So, then what is next?