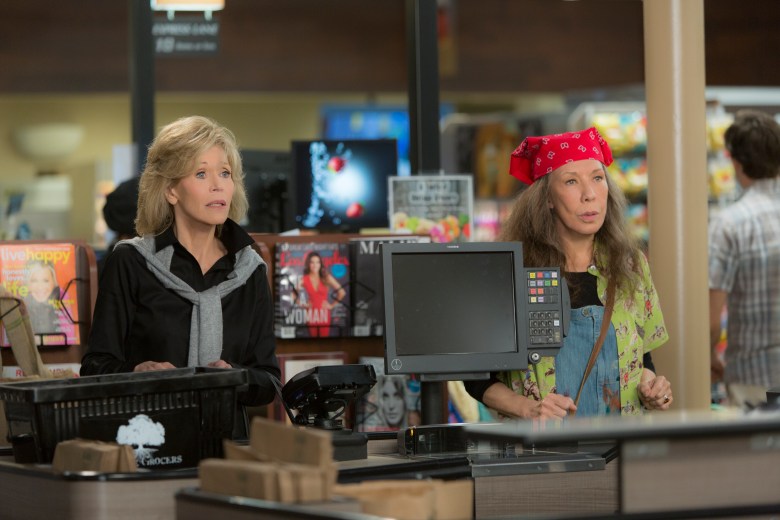 Less than a month away from its premiere, Netflix has delivered the first trailer for its new original comedy “Grace and Frankie.” Featuring a cast enviable to any show out there, the Jane Fonda and Lily Tomlin-starring comedy comes from the co-creator of “Friends,” Marta Kauffman, and “Home Improvement” producer Howard J. Morris.

Fonda and Tomlin star as long-married women whose husbands leave them for each other. Sam Waterston — who last starred in “The Newsroom” opposite Fonda — and Martin Sheen play the Misters to their Misses, and the less-than-amicable split — and did we mention this cast? — seems ripe for comedic picking.

Thankfully, the first trailer is light on too many well-worn geriatric jokes, focusing on the new lives presented to each character instead of their old lives already lived. “Grace and Frankie” debuts May 8 on Netflix. Watch the trailer above.