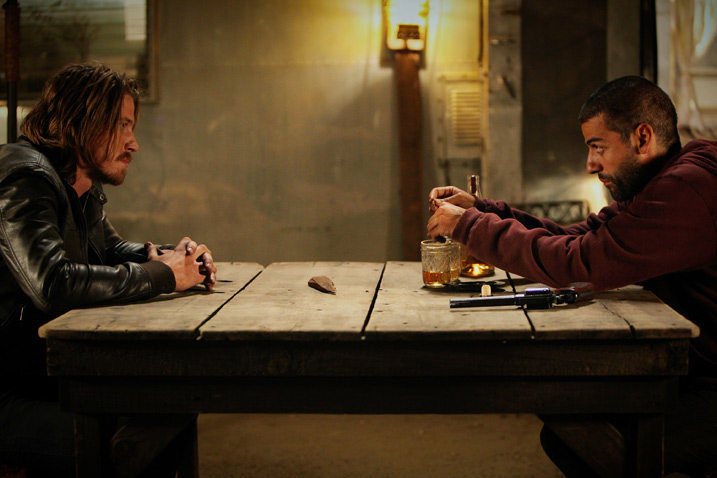 Oscar-winner William Monahan is following up last year’s mainstream thriller “The Gambler” with a more rugged, character-centric indie in the form of “Mojave,” starring Oscar Isaac and Garrett Hedlund. The film will have its world premiere in the Spotlight Section of the 2015 Tribeca Film Festival.

“Mojave” is an intense thriller about a brilliant artist (Hedlund) who attempts to escape his privileged existence in the desert only to encounter a homicidal drifter (Isaac). The chase moves from the spectacular vistas of the American desert to a noir Los Angeles, culminating in a vortex of criminality and brutality as the artist emerges as an equally dangerous opponent.

In an exclusive clip from the drama above, the inevitable violent climax is foreshadowed in a conversation between the characters played by Isaac and Hedlund. As the two make a toast to death, it’s suggested that both won’t make it out alive come the film’s end.