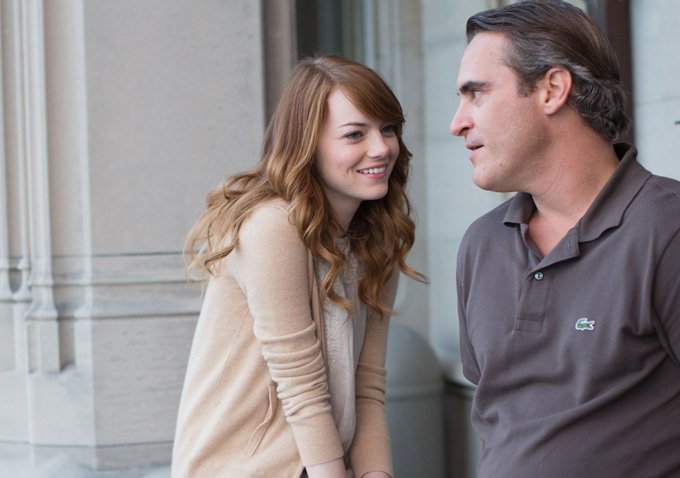 Most Woody Allen movies fall into simple categories — broadly defined as giddy comedies and sullen dramas — whether or not they succeed. But on certain occasions Allen approaches a rare hybrid, the comedy-drama, which generally produces more intriguing results. The last time Allen attempted such a combination, 2013’s “Blue Jasmine,” marked one of the more potent displays of the prolific writer-director’s talent in years, combining fiery performances with crackling, narcissistic dialogue pitched somewhere between unfettered anger and acerbic wit.

Now comes “Irrational Man,” a similar fusion of Allen’s dominant modes that’s decidedly more minor, but still a competent showcase of the way the productive filmmaker’s voice remains effective with the right synthesis of material and cast. There may be no more obvious premise for a Woody Allen movie this decade than Joaquin Phoenix as a possibly deranged philosophy professor who enters into a dangerous liaison with his student, spouting heady diatribes about Immanuel Kant in between bouts of unfulfilling sex and murderous schemes. After last year’s forgettable “Magic in the Moonlight,” the latest feature marks a small but welcome return to form.

At first a lighthearted romp that shifts into dark comedy midway through, “Irrational Man” owes much to Phoenix’s subversive energy and Allen’s capacity to write involving monologues loaded with existential ideas. That’s not quite enough to make up for a pair of under-realized female characters played by Emma Stone and Parker Posey, or the rather unconvincing depictions of romantic confusion that complicate the plot, but it’s close — and for Allen fans, it’s enough.

As with “Blue Jasmine,” which relied on Cate Blanchett to drive the movie forward, “Irrational Man” turns to Phoenix for its chief appeal. Beefier than you’ve ever seen him before (his puffed-up gut marks the best special effect in an Allen movie since “Zelig”), Phoenix portrays the philandering academic thinker Abe Lucas with an intensity that radiates from his beady eyes and erupts with his ongoing brainy declarations.

An esoteric thinker driven to psychotic extremes by his anxious tendencies, Abe is a typical outlet for Allen’s regular fixations. As the story begins, the lonely professor narrates his disillusioned state as he gears up for a teaching gig at a remote university and complains about the futility of his career. Gliding along on a vibrant jazz score, Allen quickly introduces his pompous leading man’s inevitable foil, Jill Pollard (Stone), the brainy student with whom he eventually falls in love. Jill gets her own voiceover, setting the stage for dueling perspectives on the decisions necessary to achieve happiness in life. 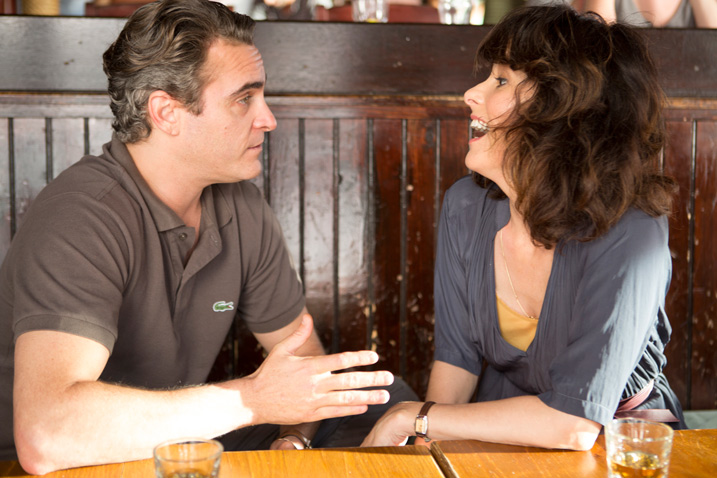 Naturally, things go awry, but “Irrational Man” holds plenty of appeal even before the twists take shape. Allen relishes the opportunity to explore the vulgar, cynical ecosystem of an isolated academic community. As one character puts it, anticipating Abe’s arrival on campus, the coarse professor has been hired to “put some viagra into the philosophy department” with his brooding, romantic perspective on moral relativism and other high-minded conceits. Before long, we’ve been treated to tidbits of his edgy lectures, where he assails the “theoretical bullshit” of classic philosophies and hopes to apply his ideas about behavior to a real-life situation.

Abe’s central conundrum, that he lacks the inspiration necessary to appreciate his life, leads him down a series of crummy encounters. He’s barely able to receive the affections of colleague Rita Richards (Posey), a married woman hoping to woo Abe so he’ll take her away from her own drab existence, and turns to the bottle as a cheap source of solace. After he drunkenly plays Russian Roulette with a loaded gun in front of horrified students at a house party, it seems as though Abe has hit rock-bottom — but he’s actually on the cusp of his darkest decision yet.

As Abe forms a questionable friendship with Jill that has the entire town whispering behind their backs, their bond naturally frustrates Jill’s young boyfriend Roy (Jamie Blackley, the only seemingly well-adjusted person in the entire script. (Naturally, this being an Allen movie, the one kind of normal guy plays a very small part in it.) But it’s not Abe’s eventual relationship with Jill that takes “Irrational Man” into refreshingly devious territory; instead, that comes with Abe’s sudden inspiration to commit a criminal act to help a random stranger. 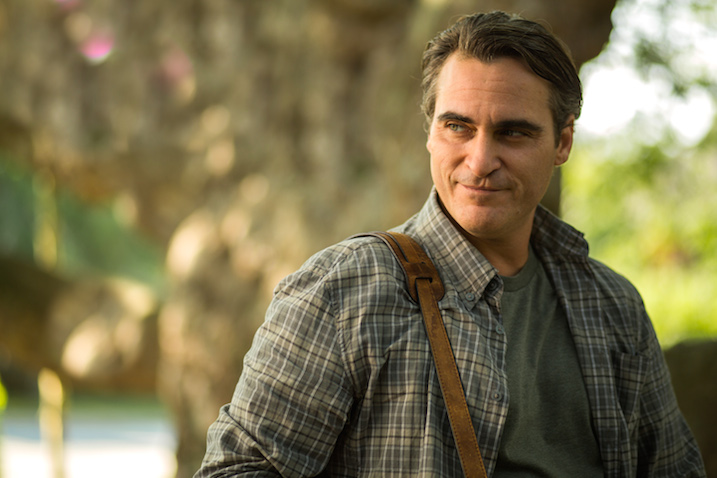 But that’s ultimately part of the movie’s twisted charm, as Abe’s brilliance perpetually threatens to destroy him. Unsurprisingly in this male-centric tale, Stone’s gullible character is dispiritingly half-baked, to the point where she even confesses “I’m so dumb and vulnerable” when it comes to her relationships. No kidding. The actress manages a few moments where she gets to convey legitimate shock at her increasingly troubled connection to Abe, but well-honed reaction shots can only go so far.

Posey, who has developed subtler layers to her performances in recent years, obtains far greater depth in her depiction of a middle-aged woman dreaming of escaping her limited routine. A rain-soaked scene in which she confesses her infidelities to her despondent husband could fit right in with one of Allen’s straight dramas.

Though “Irrational Man” never settles the tension between its two modes, Allen has at least developed a scenario that fits both of them. In between the incident that inspires Abe’s violent act and the rushed conclusion, a pair of expertly-staged moments pair suspenseful endeavors with the absurdity of the motivations behind them. These scenes bear a closer resemblance to the black comedies of the Coen brothers’ oeuvre than anything in Allen’s standard routine.

If the genre elements sustain the work as a whole, the plot suffers from the meandering quality that frequently plagues late period Allen work. Still, the filmmaking finds its groove in individual moments. Cinematographer Darius Khondji latches onto delicate images rich with implications, none better than Phoenix gazing into a magnificent sunset from the beach while contemplating the liberating sensation he’s experienced from committing a deadly crime. Not since a smirking Michael Caine muttered “I’ve got my answer” after coming on to his character’s sister-in-law in “Hannah and Her Sisters” has Allen managed to strike an ironic note while evoking sympathy for his misguided protagonist.

These scattered moments of genuine depth never transport “Irrational Man” into foreign territory. This is, at the end of the day, a middle-of-the-road Allen picture — but one of the better ones among that fairly robust category. Per usual, Allen’s world has a notably outdated quality, with no cell phones or other internet technology in sight. But in this case it actually enhances the insular nature of small-town campus life — a place where crazy ideas can fuel decisive action and obsessive behavior is the norm. It’s the ideal playground for Allen’s usual routine, and anyone on board with that much will embrace the opportunity for another engaging round.

“Irrational Man” premiered this week at the Cannes Film Festival. Sony Pictures Classics will release it later this year.