Diane Bell's 'Of Dust and Bones' Tackles the Aftermath of Violence 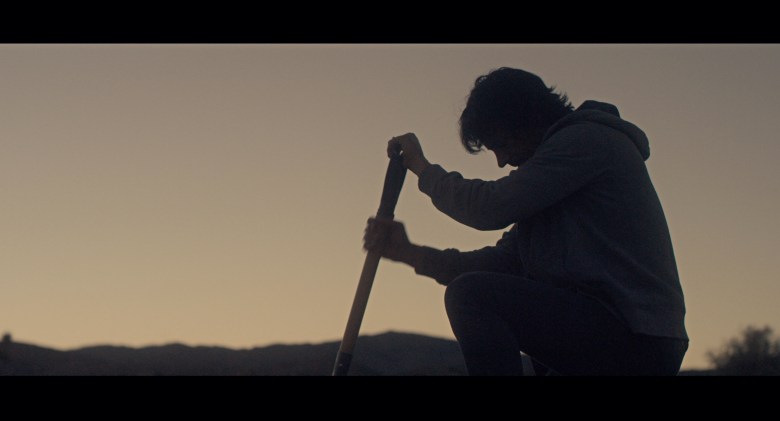 Of Dust and Bones

Tweetable Logline: A desert recluse, the widow of a war photographer, is visited by her dead husband’s colleague who comes with an unsettling agenda.

Elevator Pitch: Reuniting a Sundance award winning team, this film addresses how we can live meaningfully in a world full of violence and suffering. A grieving woman has decided that the only sane reaction to an insane world is to have nothing to do with it — but then her dead husband’s best friend arrives uninvited with a difficult agenda. What ensues is a simmering duel in the desert between two conflicting world views. Do we have a moral duty to help those who are suffering? Or is it true that our attempts to help others often make things worse?

About the Film: Last year I felt overwhelmed by the amount of suffering in the world. The beheadings of journalists James Foley and Steven Sotloff horrified me. How do we live meaningfully in a world that is so cruel and barbaric? It’s easy just to look away, to ignore suffering in other parts of the world, but I want to examine what it is to look, and whether by looking we help or make things worse. At the same time, I want to explore a different way to make a film, a more community-based way, and that’s why we’re crowdfunding now.

This Article is related to: Toolkit and tagged Diane Bell, Project of the Day