Here's How You Can Help Finish Orson Welles' Final Film 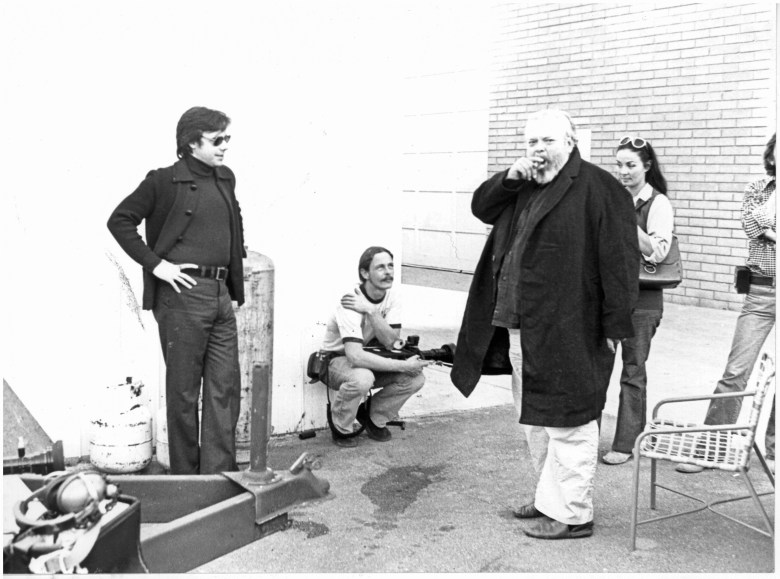 During the last 15 years of his life, Orson Welles dedicated himself to finishing his final film, “The Other Side of the Wind.” But when he died in 1985, his passion project was left incomplete and for years, nobody has been able to finish it.

Now 45 years after the first scenes were filmed, the producers who are hoping to finally bring it to life have taken to Indiegogo to raise $2 million to fund the editing, score and post-production.

When he died, Welles left behind a roughly 45-minute edited work print of the film, a scathing tale of friendship, betrayal, media and ambition in Hollywood starring a cast of Hollywood icons such as John Huston, Peter Bogdanovich, Dennis Hopper, Mercedes McCambridge, Susan Strasberg and more.

Over the years, many, including Bogdanovich and Showtime, have tried to resuscitate the film, but with little luck (read the fascinating back story behind the film here).

READ MORE: Why Orson Welles Matters More Today Than Ever

Producer Filip Jan Rymsza told Indiewire that after consulting with Bogdanovich, Welles’ daughter, Beatrice Welles and his longtime companion Oja Kodar, he concluded that Welles himself would have embraced crowdfunding.

“He would
have been amused by this. This would have been something that he would have
taken advantage of,” said Rymsza, who is one of the film’s producers, along with Jens Koethner Kaul and Frank Marshall (who worked closely with Welles and served as line producer on “The Other Side of the Wind”).

“It took Filip and Frank [Marshall] working in congress to do it,” said Bogdanovich. “I couldn’t do it. Thank heavens for Filip and
Frank, who managed to create a clear chain of title and that’s why we can go
forward.”

This month marks the centennial of Welles’ birth and finishing this film would be the perfect way to commemorate the occasion, said Bogdanovich. “The film itself–which nobody’s seen all the way through at all, I’ve seen a few hours of material but not cut together. It’s a very unusual, very daring film. It’s sort of in advance of what became known as a ‘mockumentary,'” said Bogdanovich. “The ultimate mockumentary is
supposed to be about the last day in the life of this director at a birthday
party, and it’s filmed by all of these people who were invited to the party.
Newspeople, students, film students, and they were filming and taking pictures
of things with all these different formats, and that’s what the movie is made up
of.”

The film tells the epic story of a legendary film director played by legendary John Huston who is making a film titled “The Other Side of the Wind.”

Rymsza said the producers and others involved will honor Welles’ original wishes. “We have a blueprint onf what Orson left. We know what his
intentions were. There’s many notes that he was sending to the editors and
back,” he said.

They’ve already hired editor Affonso Concalves (“Beasts of the Southern Wild”) to rely on Welles’ notes, along with input from Bogdanovich, to finish the film.

The crowdfunding campaign will run through June 14 and will feature special campaign perks including a limited number of 35mm film prints that will be struck from the actual film, original canisters that housed the film’s negatives as well as invitations to the world premiere.

Meanwhile, according to the page, the film has already “received a massive amount of support from some very influential people in the film community.” Though it’s not clear if they donated, Noah Baumbach, Wes Anderson, Jason Reitman, Clint Eastwood and Steven Soderbergh are listed on the page’s “Wall of Supporting Directors.”

If $2 million sounds like a lot of money to you, keep in mind that “Super Troopers 2” recently raised nearly 4.5 million on Indiegogo.

Check out the campaign video below and find out more on the movie’s Facebook and Twitter pages.