How To Talk About Racism on Television: 'The Comedians' and 'American Crime' Take Different Tactics 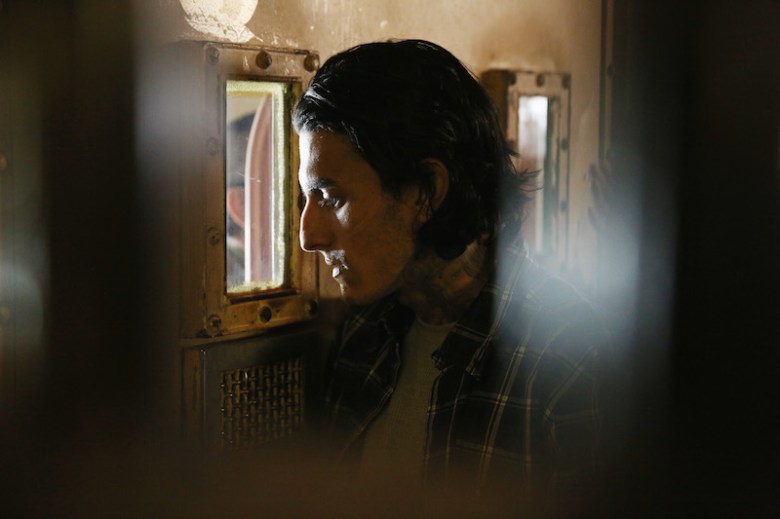 Over the last year (or 523 years), the race debate has proven to be one of the most important — and vehement — social issues in America. While usually only brought to national attention after tragedies, many civic and community leaders are trying to encourage discussion more often and more openly. These conversations are vital to developing better policies, policing and public accord. One of the easier ways of bringing up the often-awkward topic is through the popular arts, and no medium is a better conversation-starter than television.

Thursday night, two freshman series tried to get that discussion going. “American Crime,” John Ridley’s weighty anthology series, came to a close, and “The Comedians” — the FX comedy starring Billy Crystal and Josh Gad about a fictional FX comedy starring altered versions of Crystal and Gad — premiered a new episode titled, “Orange You the New Black Guy.” While the two shows are certainly on different missions, it’s not as easy as it appears to pick which one is best at opening a dialogue.

Ridley’s ambitious 11-part deep dive into the institutional failures and inherent racial politics of his Californian characters has been banging the drum for change every week. It’s an intense, thorough, incredibly well-acted drama that hits you in the ribs again and again with its emotional haymakers. All in all, “American Crime” is the definition of a “prestige drama,” aiming high on every level of its production. “The Comedians,” meanwhile, is touching on race for one episode only: In “Orange You the New Black Guy,” Billy and Josh try to make their TV program appear more diverse by hiring a black writer. It’s a 22-minute tale without a lot of consequence after and little-to-no mention before. So it seems obvious which show would be more effective in promoting communication about race…right? 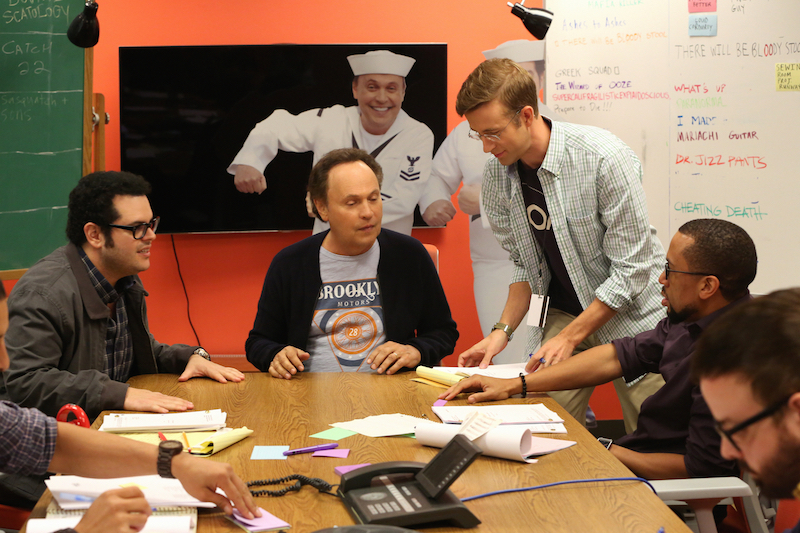 Not so fast. Unlike most awards shows, an edge isn’t automatically given to dramas over comedies. It’s still debatable which method, dramatic or comedic, is more effective because everyone engages with stories differently. When it comes to kickstarting a difficult conversation, does the message’s delivery need to be a molded to fit its audience? It seems likely Ridley would argue “no,” as “American Crime” seems more focused on expression than consideration. Its increasingly low ratings, even after a heavy marketing blitz and a promising debut, indicate a general dismissal of the series by most of the audience that gave it a chance. It may be beating the drum, but fewer and fewer people are listening.

“The Comedians,” meanwhile, is mostly made to be easily digestible (with the meta nature of many jokes being its only major risk). This week, “The Comedians” featured three key scenes used to spark discussion — the need to diversify at work, how to do so (even if Billy and Josh only pretend to understand why), and the fallout of the entire, misguided effort — but then it returned to the status quo. If you don’t want to engage with racial politics, even on this limited scale, the adventures of Billy and Josh will continue next week with a new showbiz-related topic. If you do, great! There’s more than enough here to chew on, and it’s easy to do just that.

READ MORE: When ‘The Comedians’ Went From Good to Great: An Appreciation of the Supermarket Scene

As with most comedy, describing the scenes doesn’t do justice to the humor within. While the racial issues raised are no laughing matter, “The Comedians” uses its genre as a weapon to spark discussion. But does it matter who’s leading the discussion and why? Part of the meta appeal of this week’s “The Comedians” is that it’s mocking its own lack of diversity. Four white men write the show and the series regulars are all white, as well. The fake series within the real series takes these conventions to task, but the people making the real series are all still of similar backgrounds.

“American Crime,” meanwhile, sports one of the most diverse casts in all of television, all of whom contribute to a voice constructed by a diverse writing staff led by African American showrunner John Ridley. When it comes to real-world diversity — aka a diverse workforce — “American Crime” has a huge edge. ABC has done a great thing in providing a megaphone to a segment of the population usually ignored in mainstream media. Like it or not, the show feels new and vibrantly alive.

That being said, “American Crime” is playing a dangerous game. It’s hard to imagine many viewers who want to remain in the series’ extremely bleak mindset, especially after its impossibly dark season finale. Families have shattered. People are dead. The system remains broken. By portraying such a bottom-heavy universe every hour each week, “American Crime” risks halting the conversation once the episode ends.

Yet it’s a risk its creators are very aware of and have been since Episode 1. They want to push the boundaries of what’s deemed acceptable on mainstream TV, even if their efforts are too much for some viewers. Meanwhile, in setting up the scenario of this week’s “The Comedians,” Elvis Mitchell (as himself) asks Billy and Josh, “Isn’t comedy really a way to deal with social issues?” In taking on that challenge this week, they’ve created a piece of thought-provoking entertainment that — while admittedly short — draws the viewer back for repeated viewings. “American Crime” goes the other way with it, aiming to shock its audience into seeing the world from a new perspective.

Whether the blunt force impact of “American Crime’s” unique drama makes a bigger impact than the inviting, incisive comedy of “The Comedians” is something each viewer will have to decide on their own. What matters, in the end, isn’t which show is doing it better. It’s that both are trying to do it at all.

Watch “American Crime” on ABC.com, “The Comedians” on the FX site and both on Hulu.

READ MORE: Review: ‘The Comedians’ With Billy Crystal and Josh Gad is Much, Much More than Meta Comedy