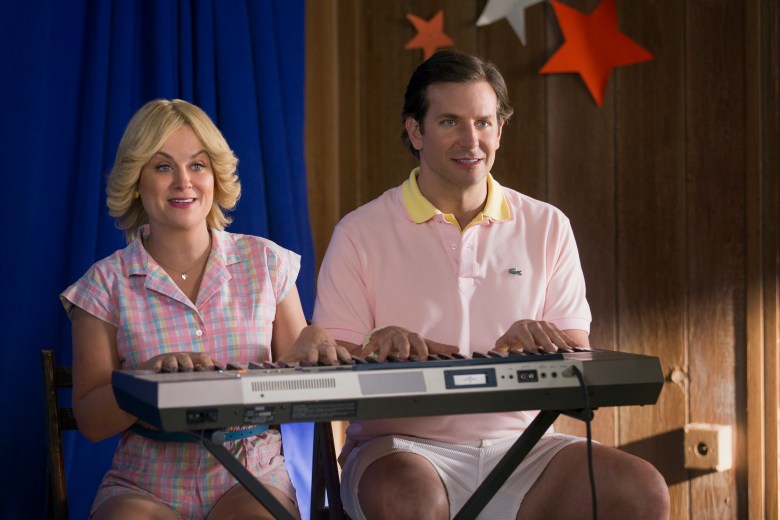 Netflix and “Wet Hot American Summer” co-creators Michael Showalter and David Wain blew our minds earlier this year when they revealed that their series return to the cult classic film, subtitled “First Day of Camp,” would include nearly every one of the movie’s now-pretty-damn-famous ensemble cast.

And today, we have proof that they are not filthy liars, with the below eight photos from the set, featuring stars Michael Showalter, Ken Marino, Joe Lo Truglio, Molly Shannon, Elizabeth Banks, Amy Poehler, Bradley Cooper, Marguerite Moreau, Janeane Garofalo and Paul Rudd.

We also have confirmation of an important fact: “First Day of Camp” refers to the first day of the camp season chronicled in the original film — meaning that despite 15 years passing for the actors, the characters they’re playing are actually two months younger in the series.

“We thought it was funny that in the original we played a bunch of thirty year olds playing teenagers. Now we’re in our forties and our characters are even younger,” Showalter said in a statement.

What’s it all about? (Aside from the young having fun in the sun?) According to David Wain in a statement, “For us, the original movie was about the notion of finishing unfinished business. That idea that you have one day to do all the things you wish you’d done but were too afraid. The series is about establishing your identity.”

Take a look at the very familiar faces below, and get excited for July 31, when all eight episodes premiere on Netflix.

And we saved the very best for last: