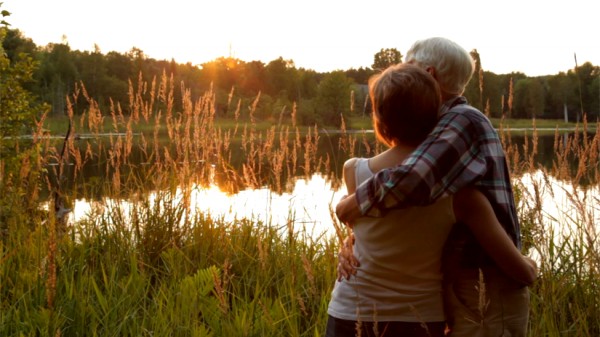 At a recent Good Pitch, the seven-year-old nonfiction fundraising project, in Chicago, filmmaker Sharon Shattuck was sitting around a table of institutional supporters, having just delivered a tearful pitch for her personal documentary about her transgender father, “From This Day Forward.”

And then it happened—what Good Pitch organizers have dubbed the “waterfall of love,” in which the approximately 300 funders, filmmakers and philanthropists gathered in the venue were so emotionally affected by the pitch that the money started flowing in. All of a sudden, a domino effect of strangers began stepping up to a microphone and started to offer pledges of $250. “There is a power in saying it,” said one giver.

“The emotion becomes contagious,” Shattuck told Indiewire a few days after the event. “Going in, I wasn’t sure whether the film could touch people outside of the LGBT community, but the room was so diverse and so many people responded to the movie that it reenergized how I feel about it and inspired me.”

“Good Pitch is weirdly the same everywhere,” said BRITDOC’s Jess Search, who recently helped put together the Chicago Good Pitch along with the Chicago Media Project, the event’s local partner. “They are emotional for the filmmakers and emotional for the audience,” continued Search. “Especially for people in the room who don’t work in documentary, when they are confronted by these incredible stories and the extraordinary commitment by the filmmakers, it can be quite surprising.” 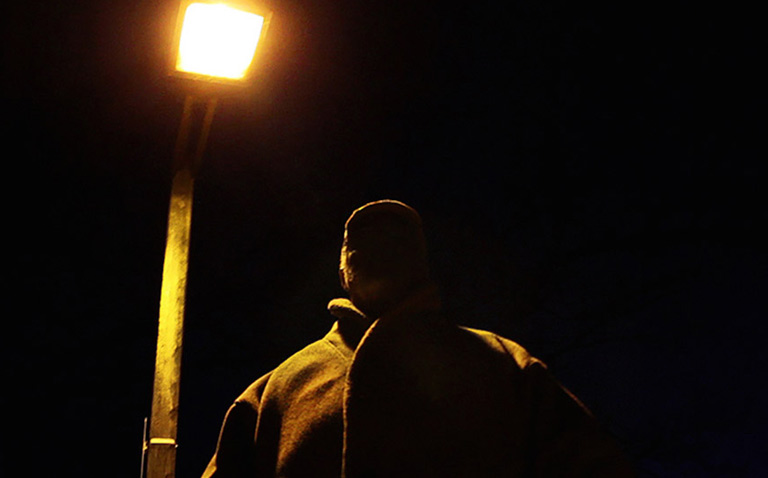 Projects at Chicago Good Pitch were selected from 76 submissions. The chosen six went into the event looking for hundreds of thousands of dollars in finishing funds and outreach cash. When the day was over, the event had raised $350,000 for the projects—$90,000 of which came from an online “donation” phone app that the Chicago Media Project developed especially for the event.

But the most eye-raising fundraising moments came from large foundational gifts, such as the Ford Foundation’s pledge of $50,000 to “Raising Bertie”; the Bertha Fund’s $20,000 to help “(T)error” with its legal fees; the Fledgling Fund’s donation of $15,000 and the Bertha Fund’s $10,000 grant to “Almost Sunrise”; the Filmmaker Fund’s $20,000 gift to the Newtown documentary; and the Ford Foundation’s $25,000 grant to “Romeo is Bleeding.” Other big givers included an impassioned and emotional Chaz Ebert, representing the Ebert Foundation, and the folks at the Chicago Media Project, which offered $2,500 to several of the projects. 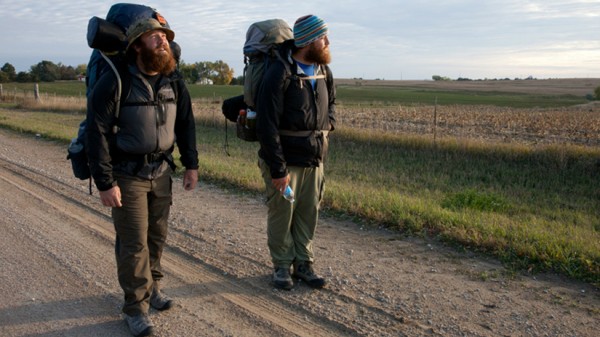 But unique to Chicago Good Pitch, smaller donations from affected supporters also poured in. For example, “Almost Sunrise” producer Marty Syjuco was so “caught up in the moment,” he said, he was one of the people who gave $250 to “From This Day Forward.” “There was just floodgates of generosity throughout the day and I realized you don’t have to give thousands of dollars,” he said. “You can give what you can.” One excited man, who had recently left his job, even donated his Mondays for a year of outreach work, and his apartment in Los Angeles for the filmmakers to stay in.

As Search explained, “We don’t often get small gifting, but there is a lot of small-scale philanthropy in Chicago. It also encourages larger donors. If a grandma is offering her kids’ Christmas money to a project”—which happened at the 2013 Chicago Good Pitch—”larger foundations may think a little harder about giving a grant.” 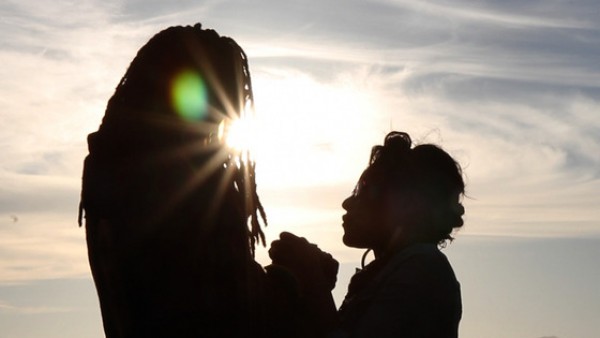 More money continues to funnel toward the projects. While the final fundraising tally for the day was $350,000, that number is already growing. At New York’s last Good Pitch, which took place in June 2014, for example, $500,000 was raised on the day of the live event, but the total haul for the projects to date is now $1,168,500.

But money isn’t everything for Good Pitch participants.

As Byrne said, “Not only did we raise money for post-production, but they helped us make vital connections that will serve our film and outreach strategy for years to come.” 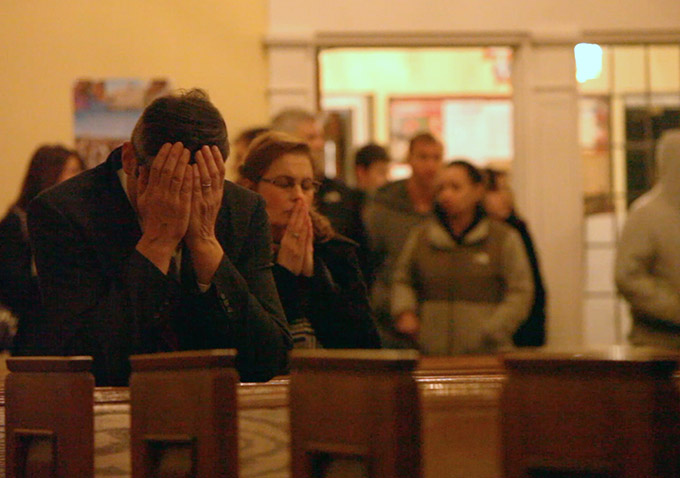 Lyric Cabral, co-director of “(T)error,” recognized her pitch “didn’t catalyze emotions or pull on heartstrings,” she said, but it helped gather institutional support and establish a new narrative around FBI terrorism investigations and protecting the rights of Muslims. Added co-director David Felix Sutcliffe, “We hope the partnerships that we began creating as a result of Good Pitch can lead to shifts in public consciousness and public policy.”

For BRITDOC’s Jess Search, that is the essence of Good Pitch. “Money is obviously important to filmmakers, but we think it’s just the grease that oils the wheels,” she told Indiewire. “What is special for us are the partner organizations, because if you really want to do something interesting with your film, you need to bring together a movement around it. The networks, the community—in the end, those things are more valuable than money.”

To that end, “Almost Sunrise”‘s Marty Syjuco organized a “braintrust” the morning after the Good Pitch, where participants of his roundtable and other supporters in the room held a strategy meeting. “We talked about how to work together and all the nuts and bolts of the plan,” he said. 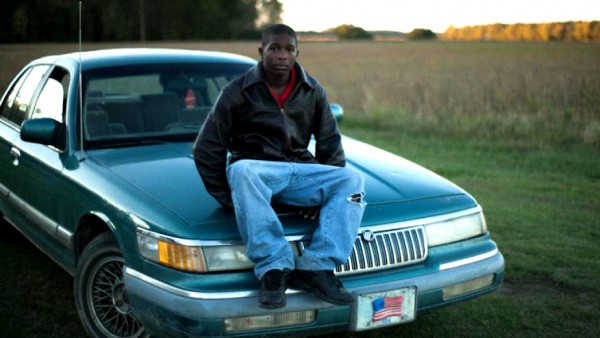 For many of the projects in development, Good Pitch is also the first time they’re presenting the film to a public audience. Kim Snyder, director of the Newtown documentary, found Good Pitch provided an opportunity for a proof of concept. “People seemed to get what we’re going for,” she said. “My editor came and it was a huge shot in the arm for both of us.”

The Newtown pitch, one of the day’s most emotionally ravaging, with parents from the Newtown massacre in the room, may have also been one of the largest funded. According to producer Maria Cole, they are hoping to hit $100,000. But just as importantly, she said, “It was valuable to us as a first-time presentation and positioning of the film. We have always felt strongly that the Newtown story is a human story of loss, recovery and resilience and that’s what will touch people and move them to action. And now, I think we’re steadfast about that approach.”

Ultimately, then, Good Pitch offers filmmakers and philanthropists the encouragement to keep on making and supporting documentaries as a tool for social action.

As Chicago Media Project’s Froehle suggested, “I think the event and the idea behind these films is a sense of hopefulness—a hope that these films can be a warning bell, can be the thing that’s going to tip an issue, and change the course.”

And if not, at least Good Pitch and its docs will make you cry. As one donor told Froehle, “Kleenex should sponsor it.”