Review: '1001 Grams' Is A Quirky Meditation on the Weight of the Soul 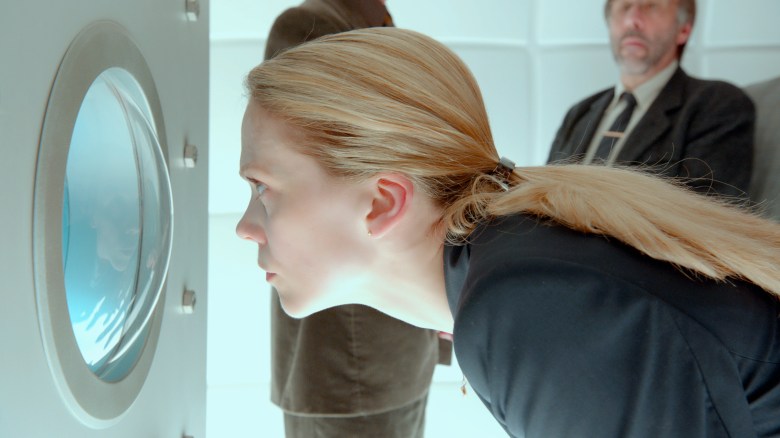 Bent Hamer is easily Norway’s Wes Anderson. Like Anderson, the Norwegian director’s immaculate frames, with highly coordinated color palettes and obsessive symmetry, tell stories of off-beat characters through the lens of the comic absurd. The difference, though, is that while Anderson chooses fantasy, Hamer chooses to depict reality — albeit a reality bathed in such absurdity that it feels like fantasy. This is Hamer’s particular form of magic.

In the vein of his previous films “Kitchen Stories,” about Swedish efficiency researchers, and “Factotum,” a close reading of enigmatic Charles Bukowski, “1001 Grams” is another idiosyncratic character study in which Hamer dissects his protagonist’s rigidly defined world. Thirty-something Marie (Ane Dahl Torp) works for the Norwegian Institute of Weights and Measures, where Norway’s prototype of the kilo is harbored like a national treasure. Under the tutelage of her father, a revered scientist in the field, Marie spends her days calibrating measurements within the institute’s oppressively modern walls. She exacts this same rigorous control over her personal life: She drives a comically tiny electric car, lives in a sterile modern house, and navigates her few interpersonal encounters with calculated reticence. Marie’s face rarely registers emotion; Hamer fixates on the particulars of her routine in order to grant us entry into her inner life. She’s the paragon (or nightmare) of modern efficiency, and she’s lonely as hell. 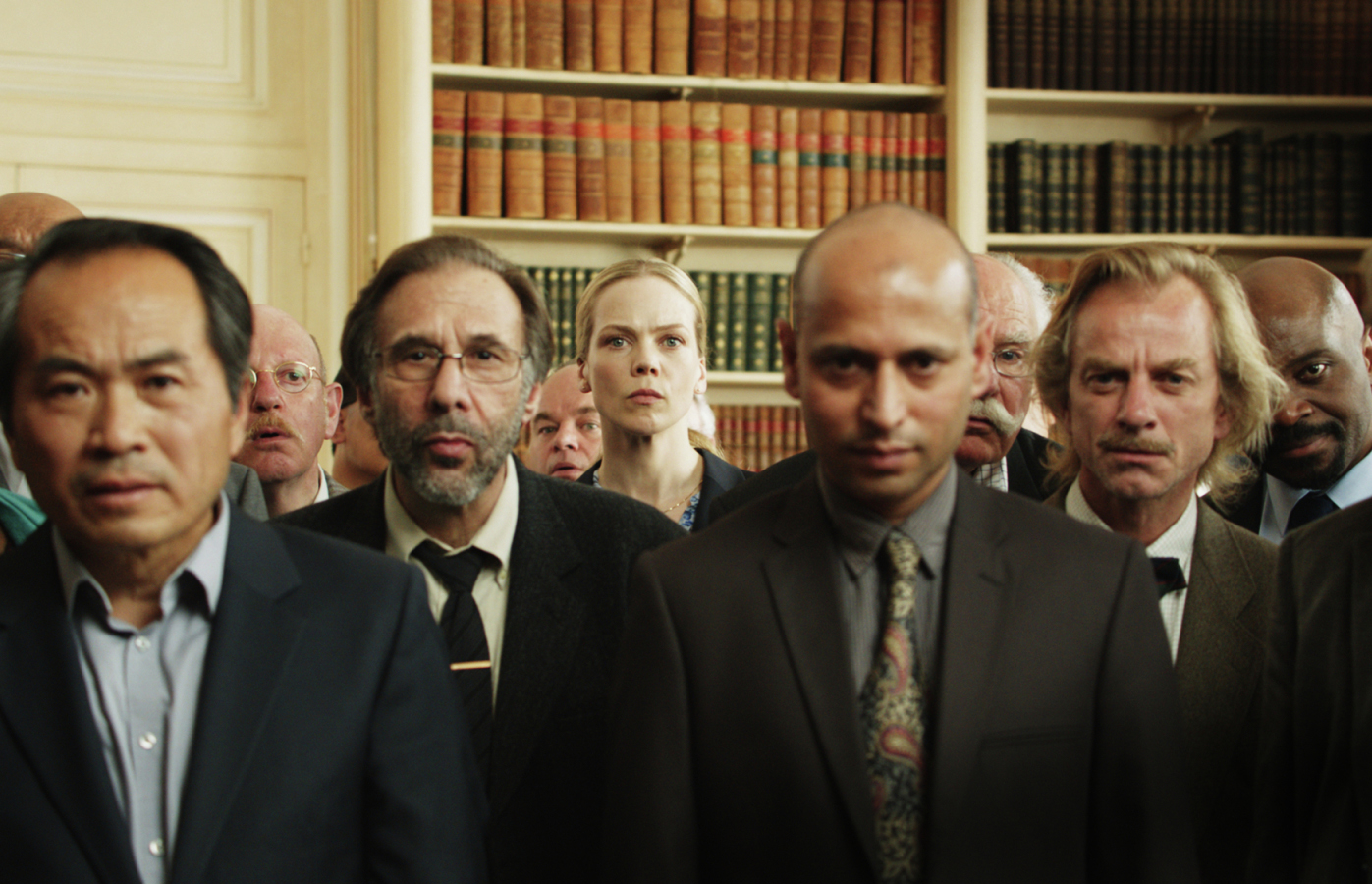 When her father dies, Marie’s calculated existence shatters. She’s forced to step out of her comfort zone in order to attend the International Bureau of Weights and Measures Conference in Paris, where Norway’s kilo will be weighed against the historic standard. En route, she clutches the fragile kilo like a newborn child.

Here, among fellow eccentrics, is where the film’s best scenes take place. Hamer’s penchant for deadpan humor is on full display as the scientists share their peculiar slice of reality, exchanging jargon-heavy banter and intermittently appearing bored out of their minds. When it’s time to reveal the international kilo, the ridiculous pomp and circumstance of the affair leads one to think this platinum and iridium measurement is in fact the Holy Grail. After, the scientists converge outside, and one says, “A man with one watch knows the time. A man with two watches is never quite sure.” The group responds with hearty laughter.

The film’s conceit takes hold as Marie finally turns her scrutinizing eye inwards. It turns out she hasn’t traveled to Paris to weigh the kilo; she’s traveled there to weigh her own existence. On his deathbed, Marie’s father mused on the weight of the human life; these words haunt Marie as she looks at her life from the outside, dismayed to find only emptiness. 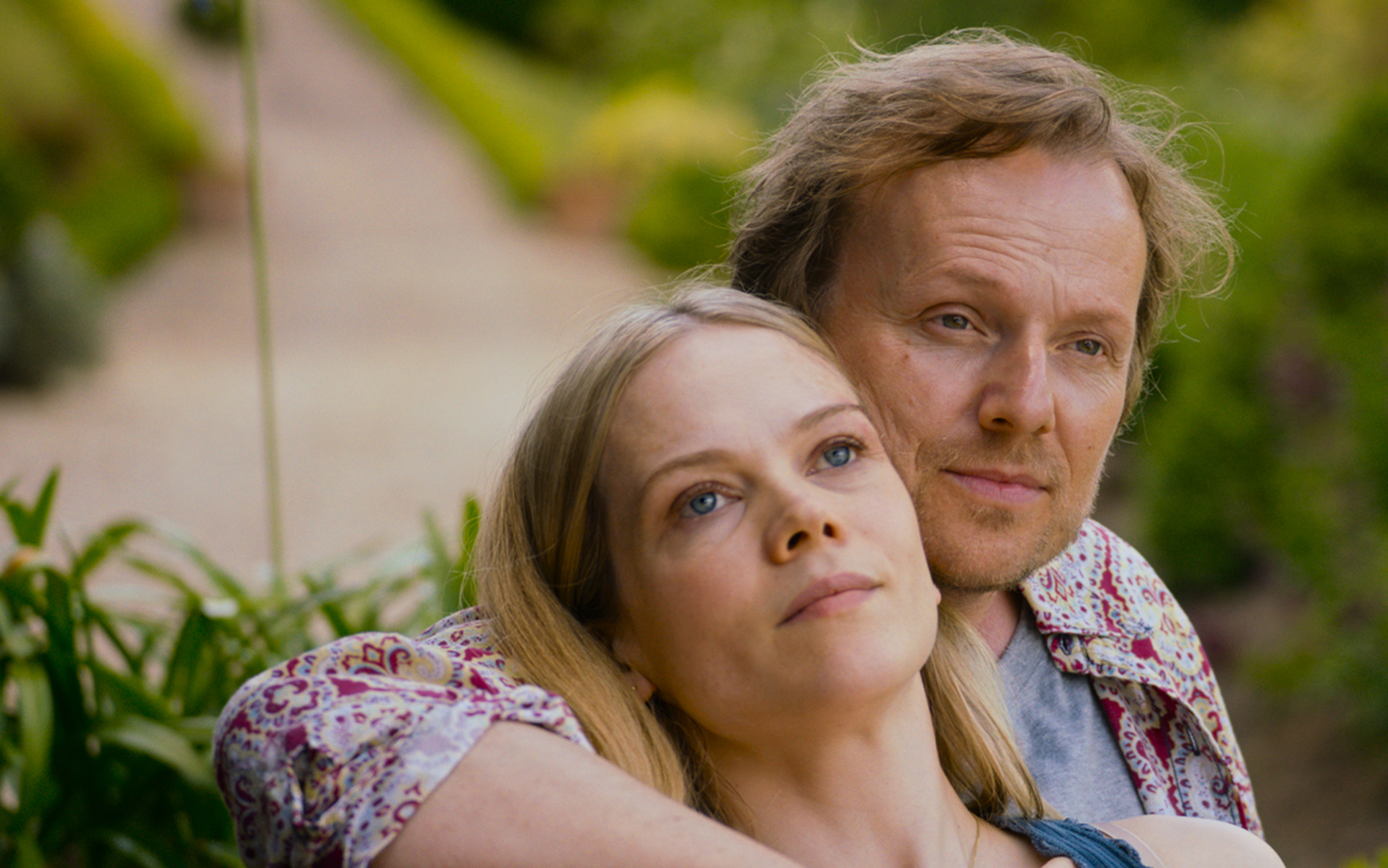 It’s not until she meets an outgoing oddball named Pi that she finally opens up. “It’s as if every reference point in my life has fallen away,” she says. He responds: “But we need chaos. Reference points are comfort answers.” Pi breaks through Marie’s taciturn nature and they embark upon a quirky, slow-burn love affair. Dahl Torp flexes hitherto obscured acting muscles as she brings Marie’s countenance to life. It unfolds onscreen like an awakening after a very long cryogenic freeze.

Though Hamer is adept at subtle exposition, the film is caught between moments of great storytelling and a distended metaphor. We learn much about Marie non-verbally—her ex-husband drops in periodically to retrieve expensive furniture from their house, and all of the information is in his spiteful driving and Marie’s careful avoidance. Similarly, Hamer treats the events surrounding Marie’s father’s death with an understated touch, showing us only quiet scenes in the aftermath so as to fill in the narrative blanks. But the metaphor at play in “1001 grams” is ultimately overwrought. Hamer’s on-the-nose dialogue detracts from the philosophical substance of the material; he’d rather fit the film into a perfect metaphorical shape than allow the philosophy to emerge organically. John Erik Kaada’s score is also caught between two poles. While in some scenes it’s a welcome playful interlude, in others it distracts as it veers into melodrama. The director seems to forget that sometimes silence is the more striking choice.

Even if “1001 Grams” isn’t Hamer’s best, it sees the director’s enjoyable style come into full form. The film’s clean minimalism and fixation on the quotidian is reminiscent of another beloved Norwegian, Karl Ove Knausgaard. Should Knausgaard’s novels be filmed, they might look something like “1001 Grams” in all its excruciatingly beautiful detail.