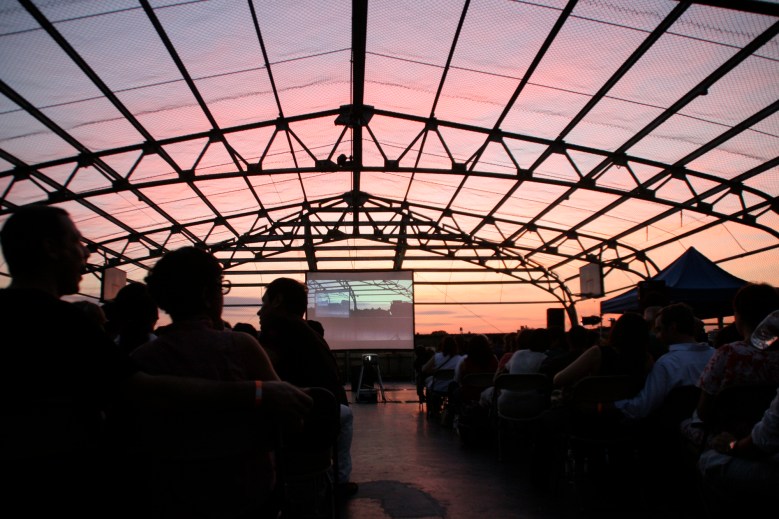 Rooftop Films has announced the short films lineup for its 19th Annual Summer Series, which includes over 100 shorts in over ten programs curated to compliment the theme and spirit of the non-profit organization.

The 2015 series will kick off Friday, May 29 at Industry City in Sunset Park, Brooklyn with “This Is What We Mean By Short Films,” a selection of dynamic shorts showcasing some of the most innovative short films by independent filmmakers from around the world. Highlights include the New York premiere of David Sandberg’s “Kung Fury,” Rooftop Films alumni Michael Tyburski’s “Actor Seeks Role,” starring Alex Karpovsky, and Christian Larrave’s mind-boggling “Lesley the Pony Has an A+ Day.”

Throughout the remainder of the summer, Rooftop Films will present a number of carefully curated short films directed by new and established indie filmmakers from around the world. Each night will be programmed with a specific focus or theme. The complete list of short films is as follows (dates, programs and venues to be announced soon):

“102A: Couple Fucking” (Peter Modestij)
A man in search of status buys a copulating couple at an auction. But every action has consequences.

“A Horse Throat” (David Barlow-Krelina)
A small horse in a restaurant can’t stop coughing. Everybody is irritated.
“A Million Miles Away” (Jennifer Reeder)
Melancholy as a survival strategy in the American Mid-West: An adult woman (the conductor) on the edge of failing and a pack of teenage girls (the choir) simultaneously experience a supernatural version of coming-of-age. The transformation is equal parts tense and tender. It unravels patiently to the infectious beat of an 80s era heavy metal anthem rearranged as a lamentation.
“Actor Seeks Role” (Michael Tyburski)
An aspiring method actor (Alex Karpovsky) in New York City resorts to medical acting, a part-time gig performing the symptoms of various illnesses for student doctors. Although his talents are overlooked for traditional roles on stage and screen, they catch the attention of a medical instructor (Dylan Baker) with a flair for the theatric.
“All Your Favorite Shows!” (Danny Madden)
Anything you wanna watch in the palm of your hand! Crazy convenient!
“American Renaissance” (Jarred Alterman & Ryan Scafuro)
Explore the fantastic world of Elizabethan England… in a small town in upstate New York. A rollicking journey through one of the largest renaissance faires in the US, and a portrait of the characters that return year after year.
“Applied Metacinema” (Nieto)
There has not yet been any applied work of Metacinema. It was necessary to give the path to methodological problems. That is the reason why I decided to chose the purest subject to analyze. That is a subject composed of a single “substance.”

“Blobby” (Laura Stewart)
A man is followed around by a blob as he goes about his daily life.