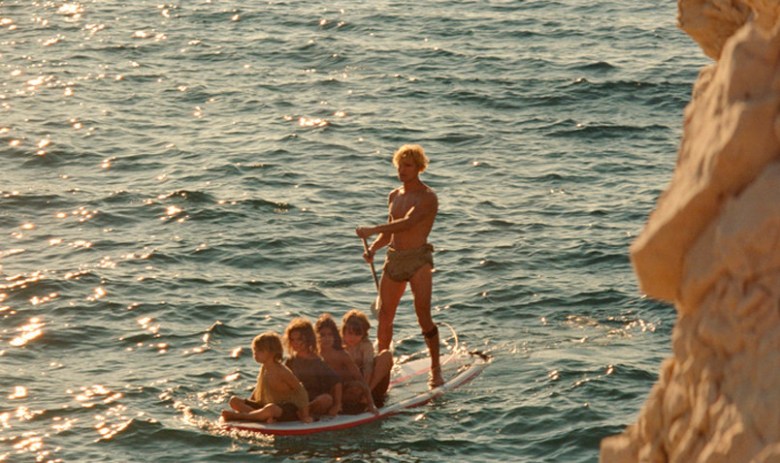 The latest film from acclaimed Portuguese auteur Miguel Gomes (“Our Beloved Month of August,” “Tabu”) is his most ambitious work by far. Divided into three feature-length “volumes” — “The Restless One,” “The Desolate One,” and The Enchanted One” — “Arabian Nights” is a six-hour epic consisting of interwoven stories.

Taking its namesake from the famous ancient collection of folktales, the film makes it clear early on that this is not an adaptation despite being inspired by the book’s structure, in which the beautiful Scheherazade (played here by Crista Alfaiate) tells a fantastical tale every evening for 1001 nights to distract the tyrannical king from killing her.

If the movie’s cumbersome running time appears intimidating, its episodic nature makes it easily digestible, and here at the Cannes Film Festival it has been presented on three separate days — a fine way to experience it, though there may be an argument for watching the volumes successively for the sake of absorbing the entire narrative flow.

The story begins as a documentary, introducing us to a shipyard in Viana do Castelo in Northern Portugal. In a voiceover narration, Gomes explains that, considering the dire straits of Portugal’s economy, he couldn’t imagine not beginning this film in solidarity with the struggles of the 600 workers who have been laid off. 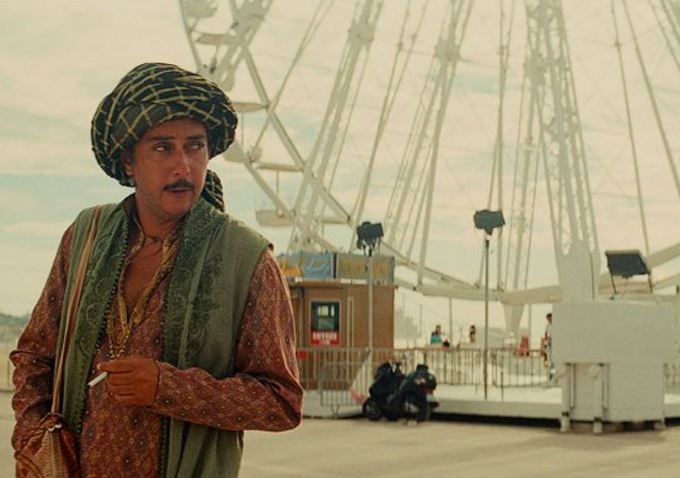 Voices of workers tell us of their memories over gorgeous images of the shipyard. Then Gomes introduces us to a man fighting off an epidemic of wasps. These disparate struggles are crosscut, their narration blended together, before we see Gomes himself contemplating the difficult task that lies ahead of him: making this film.

He runs away, pursued by his crew, and then begins a series of stories filmed between 2013 and 2014 all inspired by true events concerning the present struggles in Portugal. Gomes wonders if it would be possible to make a good film full of wonderful stories like “Arabian Nights,” and he could also explore Portugal’s feeble conditions — but it wouldn’t be possible to do both at once. Nevertheless, he persists, and moreover, proves himself wrong.

Scheherazade begins her telling: “It hath reached me, O auspicious King, that in a sad country among all countries…” The film’s first tale  — amusingly titled “The Men with a Hard-On” — is a farcical portrait of the ruthless foreign powers that prey on Portugal’s debt-ridden state. After discussing the country’s deficit in the coming year, the men encounter a wizard who offers them a magic spray to give them impressive, lasting erections. Delighted with their now-lively manhood, they become more generous in their negotiations — but how long will it last?

Another comical story, “The Judge’s Tears,” features an extended sequence at a trial in which new case details continue to emerge during the proceedings, eventually implicating everyone in the court. “The Owners of Dixie” tells of a dog who mysteriously appears in an apartment building and becomes beloved by two pairs of couples, which triggers one of the film’s best sequences, a rapid-fire succession of mini-stories involving the building’s many inhabitants and secrets. The best of these is saved for last and receives the most concentration: “The Inebriating Chorus of the Chaffinches,” a moving, documentary-like portrait of bird-trappers. While this makes for a modest subject during the final act, that’s part of what makes its sensitivity stand out. 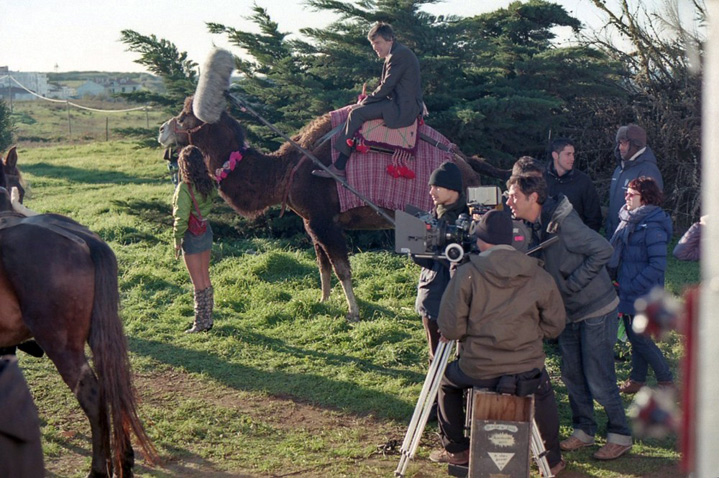 The playfulness and variation of tone keeps each section fresh as it perpetually reinvents itself. You can almost feel the weight of “Arabian Nights” living along with Gomes over the period it was shot, as if the stories manifested naturally as he moved along.

Continually surprising, “Arabian Nights” many thrills include ample pop songs, long takes that dwell on poetic images, as well as new people and that emerge and overtake over the film, steering it into unexpected directions. Gomes was wise to borrow Apichatpong Weerasethakul’s regular cinematographer, Sayombhu Mukdeeprom, whose work lends the film an astonishing beauty throughout. Shot on 16mm and 35mm, “Arabian Nights” features a rich, immersive texture that envelops the viewer. Gomes’ mise en scène happily jumps from tacky and silly to lush and elegant — while Sayombhu manages to take this diverse palette and make it all feel like part of a unified vision.

“Arabian Nights” moves freely and spontaneously from one story to the next, combining humor and lyricism into a continually subtle package. But the film is always moving forward, to the next detail, the next story, the next character. Gomes takes the viewer on a journey through Portugal’s present, whether in the nooks and crannies of the suburbs, the countryside, a protest in the city, or into the crowd of a heavy metal concert.

The greatest pleasure of “Arabian Nights” stems from meeting its characters and discovering that each person harbors a unique experience. Beyond the 10 tales told, they implicitly hint at an ever-expanding web of narratives beyond the frame, evoking the countless plights of the Portuguese people and the many more to come.