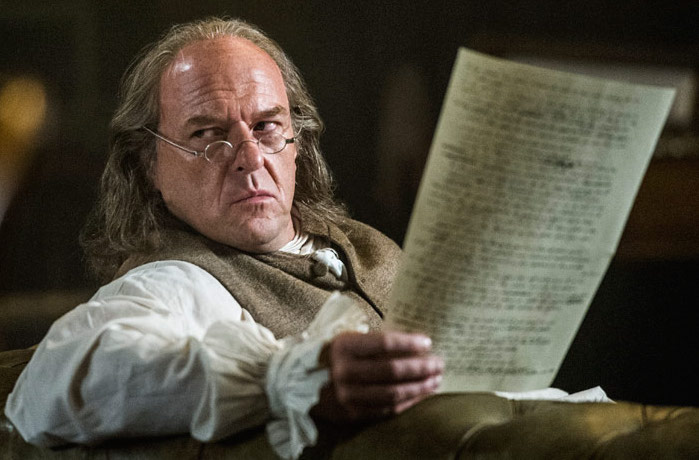 READ MORE: Watch: At Funny or Die, Dean Norris Presents His Vision of How ‘Breaking Bad’ Should End

If Dean Norris — the man who played Hank Schrader on “Breaking Bad” — wants to give you a history lesson, you better sit up and pay attention. In the clip above, Norris tells us what he learned about Benjamin Franklin while preparing to play him in History’s miniseries “Sons of Liberty.” So listen up!

Director Kari Skogland and co-star Rafe Spall also chime in to discuss the famous American inventor, calling him “inspiring” (Skogland) and a “badass” (Spall) and discussing his lesser-known proclivities. Norris himself shows his admiration for the man’s incredible mind as well as his human side. The exclusive clip is only part of a larger special feature soon to be featured on the “Sons of Liberty” Blu-ray.

The six-hour event series aired earlier this year on History and is available for purchase on Blu-ray and DVD May 26. Watch the clip above.