Watch: Kristin Davis on Battling to Save the Elephants With Her Documentary 'Gardeners of Eden' 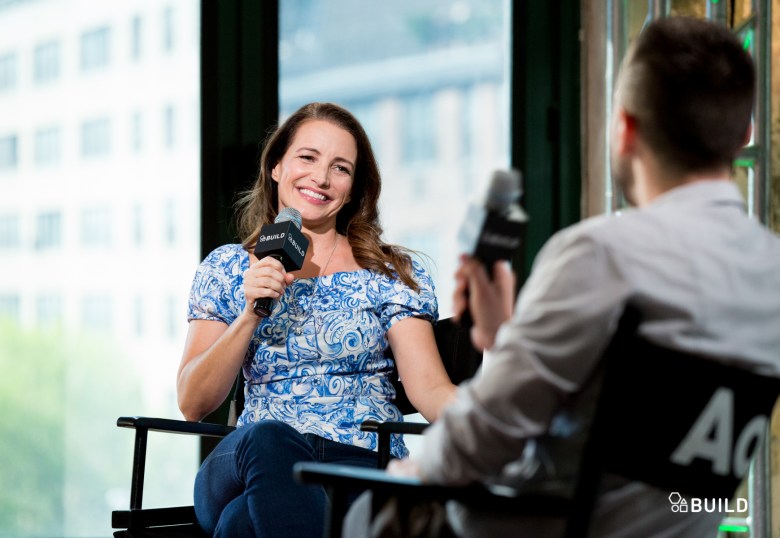 With her Emmy-nominated run on the HBO classic “Sex and the City” behind her, actress Kristin Davis has reoriented her focus to something a little closer to her heart.

Davis is a producer on the documentary “Gardeners of Eden,” a first-person documentary experience focused on the David Sheldrick Wildlife Trust in Kenya. The film documents their heroic efforts in trying to stop poaching and rescue the orphans of slain elephants. Davis, who encountered the organization while on Safari in 2009, has since become a patron of the Trust.

Indiewire’s Nigel Smith sat down with Davis for an AOL Build Talk, to discuss the making of the film in the lead-up to its television premiere on Pivot this Wednesday. Read on to learn the six key things we learned from the conversation.

She’s been a global ambassador for Oxfam International since 2004.

“I got involved with [Oxfam] because I started traveling and I felt like I wasn’t seeing the truth about how people were living. I was seeing a tourist version. I wanted to see the real thing, and I happened to meet this wonderful woman who said ‘You should come with us to help Oxfam.’ Oxfam fights extreme poverty and injustice all around the world — which means, like, everything bad … So I started traveling with them and I learned so much and I got to see so much.”

She learned that illegal poaching could soon lead to elephants’ extinction.

“Now we have poaching to be worried about. Every 15 minutes, an elephant is killed for its tusks, which is a frightening, frightening statistic. If we don’t do something, they’ll be gone in 10 to 15 years from the wild. Through my work with the Trust, I started to learn about this. I didn’t know that poaching was over. I thought it was gone, done, not happening … I felt more and more impassioned, like there’s a time clock ticking. I wantedto show people what I got to see.”

She financed the documentary herself.

“I just didn’t want any donation to go to the film. I feel like it’s so hard to raise money, and these elephants need it so badly. We have so many orphans. The poaching problem has created a generation of family-less orphans. We need that money for the orphans, and we don’t have a PR budget. We don’t have a marketing budget. And I’m really hugely lucky to be successful, so I wanted to spend my own money. I’m doing this all on my own because I just want to raise awareness before it’s too late.

“I hired these super-talented young people, Austin Peck and Anneliese Vandenberg. They didn’t know anything, and they had never met an elephant. They happened to be in Kenya and they were a friend of a friend, so I said ‘Can you go to the Trust on Monday and shoot some baby elephants for a short film?’ They [agreed], and it was supposed to be a three-minute film, and they did a beautiful job … and then they came back from the trip and said ‘We’ve got to do a documentary about this!’ … It was all very backwards and kind of organic, which was great, until I got to the part about delivering the film and getting the music rights and the legal stuff. And I was like ‘I’m going to have a breakdown.’ But we’re through it now!”

She was apprehensive about the inclusion of the poachers’ point-of-view.

“I was like, ‘I do not want a poacher in my movie.’ I was really upset, but I was doing a play in London when the poacher situation happened, and I was getting these very cryptic texts about how Austin was going to talk to a poacher. But the good news was that this was someone that our anti-poaching team had an eye on. That was how we found him, that was how we knew where he was. That was also how he got arrested the next week. You do get to see so many fascinating elements through him, but I do think the most imporant thing that he says is: People come to his village. He lives right near the park, and they ask him to go do this.”

“It’s a learning curve. When I first started acting, none of this existed. We’ve had to learn as we go, and if I didn’t have the Trust and the elephants I don’t know if I would have a reason to do it, frankly. But it is a powerful, powerful tool. It’s amazing … When you can write about something important, people respond … You think nobody cares, but everyone cares and you just don’t know.”

This Article is related to: News and tagged Documentary, Interviews, Video