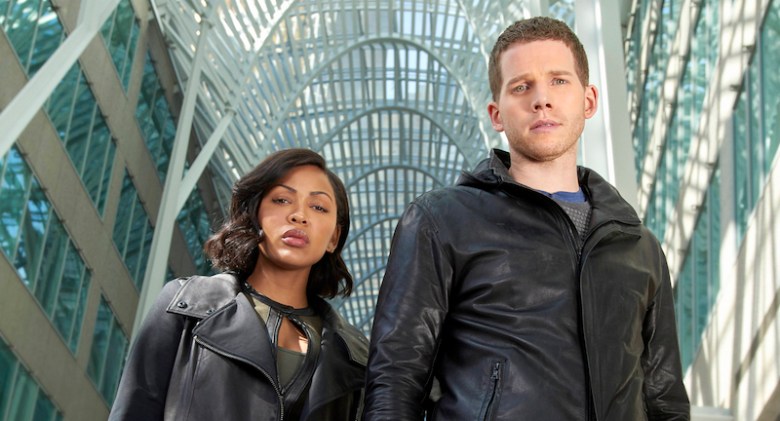 “The government wants to hide us from the world, but I don’t want to hide forever.”

The closing lines of FOX’s upcoming sci-fi action series “Minority Report” sound admirable and empathetic at the same time, which, for a new show, should be a good thing. The problem here is that the new series sets itself up as a sequel of sorts to the blockbuster motion picture of the same name.

Steven Spielberg’s film — pitting Tom Cruise’s cop against his boss, played by the great Max Von Sydow — focused on the dangers of predicting what people were going to do before they do it, cautioning viewers against assumption and profiling. The pre-cogs, as they were called, were a valuable tool being overworked for the wrong reasons. Now this “Minority Report” looks to reverse that thinking, framing the pre-cogs as banished heroes rather than freed slaves.

Starring Stark Sands and Meagan Good, “Minority Report” promises plenty of action and even features a few impressive shots in its first-look trailer. Fans of the Tom Cruise film will recognize certain elements of style as well as the importance of using all three pre-cogs together (the value of twins, so to speak). It may, in fact, have an entirely different moral compass than the trailer lets on, especially since we’re months away from its TBA premiere.

But with lines like, “Can you believe we used to stop this stuff before it happened? Now all we do is mop up messes,” “Minority Report” is positioning itself early on not as a partner to the film, but as an adversarial voice to it. Or, if you will, the Max Von Sydow to its Tom Cruise.

READ MORE: FOX Upfronts 2015: Everything You Need to Know, From ‘Empire’ Season 2 to ‘The X-Files’

This Article is related to: Television and tagged Fox, Minority Report, Television, Upfronts 2015