Watch: Take a Hike with Robert Redford and Nick Nolte in New Trailer for 'A Walk in the Woods' 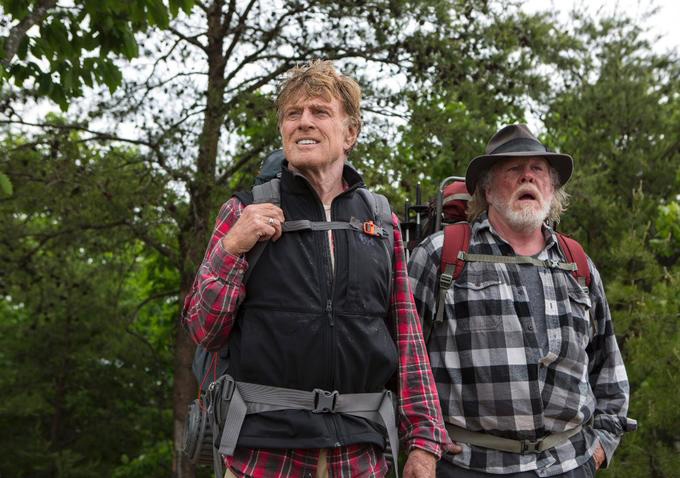 READ MORE: Meet the 2015 Sundance Flmmakers #52: A Star-Studded Cast Gathers for ‘A Walk in the Woods’
It’s not a post-modern musical written by Sondheim — it’s the new trailer for “A Walk in the Woods,” the new biopic comedy from director Ken Kwapis (“He’s Just Not That Into You,” “The Sisterhood of the Traveling Pants,” “The Office”). Based on the memoir by travel writer Bill Bryson, the film premiered in January at the 2015 Sundance Film Festival.
Here’s the official synopsis: “A WALK IN THE WOODS is a road trip comedy about an aging travel writer who decides to hike the 2000-mile Appalachian Trail, accompanied by a long estranged high school buddy he’s been avoiding for years.  Along the way, the duo face off with each other, nature and an eccentric assortment of characters only to discover that some roads are better left untraveled.”
“A Walk in the Woods” is scheduled for a wide theatrical release on September 2.
READ MORE: ‘The Dark Horse’ Joins ’99 Homes,’ ‘Eden’ and More in Broad Green Pictures’ Impressive Inaugural Slate