Watch: 'Unbreakable Furiosa' is the 'Kimmy Schmidt' and 'Mad Max' Mashup You Didn't Know You Needed 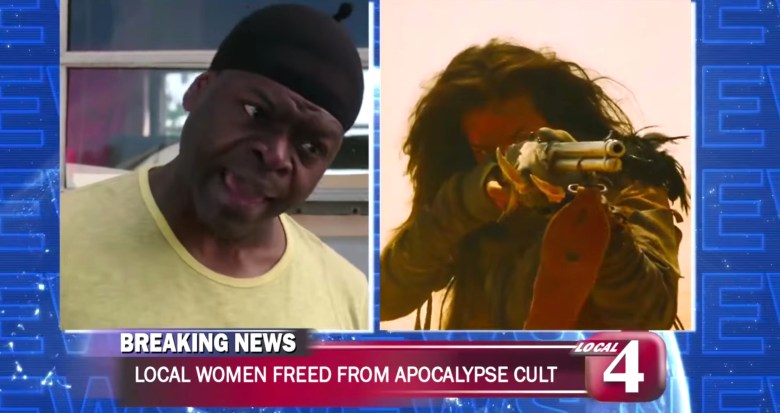 It was only a matter of time before the internet got its hands on the unbelievably catchy opening credits to “Unbreakable Kimmy Schmidt.” The Netflix comedy from Tina Fey and Robert Carlock stars Ellie Kemper as a just-freed member of an apocalypse cult who starts a new life in New York City.

But Kemper’s character isn’t the only one to whom the show’s theme song applies. In “The Unbreakable Furiosa,” YouTube creator Albert Lopez mashes up clips from “Mad Mad: Fury Road” with the “Kimmy Schmidt” opening sequence to make it seem as if “Fury Road’s” Imperator Furiosa (Charlize Theron) and the women she rescues are the females who are strong as hell.

The fourth installment in the “Mad Max” franchise — which Indiewire’s Eric Kohn called “the best action movie of the year” — opened in theaters this past weekend. All 13 episodes of “Unbreakable Kimmy Schmidt” are available for streaming on Netflix. Watch the badass mashup above, and make sure to check out our reviews of “Mad Max: Fury Road” and “Unbreakable Kimmy Schmidt” if you haven’t already.

READ MORE: Watch: The New ‘Mad Max: Fury Road’ Trailer Is Two and a Half Minutes of Action Packed Insanity