Attention, Filmmakers: Here Are the Main Factors to Consider When Choosing Your Location 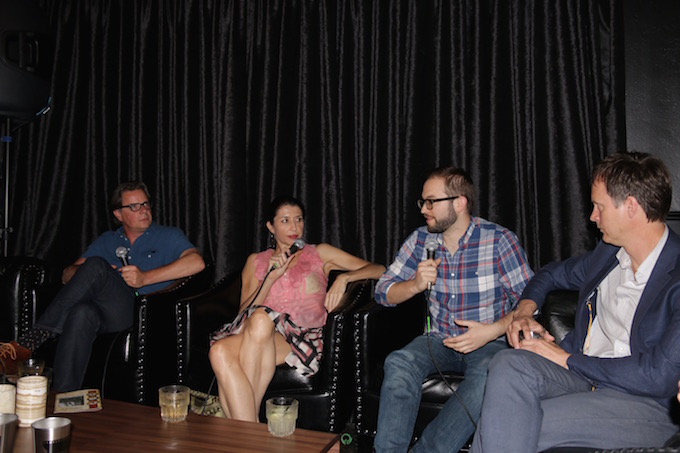 Location scouting is perhaps the most crucial step when it comes to preparing to shoot a film, but it rarely achieves the same degree of visibility enjoyed by some of its more “glamorous” counterparts — cinematography, editing and sound design, to name a few.
Locations and incentives were the main topics discussed during a lively discussion at Pearl’s Sunset Strip on Monday night. Co-hosted by Indiewire, the Montana Film Office, Headframe Spirits and the Audience Awards, the discussion featured Montana film commissioner Deny Staggs in conversation with filmmakers Julian Higgins (winner, Ron Howard Canon Competition; AFI Alumnus), Nate Kelly (UPM on Untitled Kelly Reichardt Project) and Andrew Smith (filmmaker, “The Slaughter Rule,” “Winter in the Blood”), all of whom have experience shooting in the state.
Indiewire Editor-in-Chief and General Manager Dana Harris served as moderator for the discussion, highlights from which can be found below.

States need to make it easier for filmmakers to obtain incentives.

Although many states have began to reduce the amount of production incentives awarded over the past year, Staggs made it clear that Montana is not one of them. As a result of the complexity and surplus of paperwork that came along with working with the state legislature, Staggs decided to lead the charge to abandon tax incentives and pursue the adoption of a rebate grant program instead. “It’s about getting cash into the hands of films that need it quickly,” Staggs told the audience, “It’s not about checking boxes. It’s a manufacturing industry that steps into a state, sources everything in the local economy, doesn’t ask you to have any infrastructure and just leaves nothing but money behind. How is that not a good thing?”

Staggs said that the Montana Film Office opted to work with the state’s tourism office to fund its grant program because filmmaking represents a unique advertising opportunity for Montana. “We know we can inspire people to love Montana and travel to Montana,” said Staggs.

Fiduciary incentives aside, from a creative standpoint, nothing beats authenticity.

If a film is a period piece or ethnographic, shooting on location is imperative. While a soundstage or a similar-looking location may achieve the look of the actual location, Kelly said that “what you are shooting can be restricted.” In spite of shooting a stone’s throw from the Canada, which offers much more attractive production incentives than anywhere in the domestic United States, Smith made a point of keeping his shoot Montana-based in the spirit of “veracity.”

“We shot on Native American reservations because I wanted to shoot the film where the story came from,” said Smith. Higgins shared a similar experience from shooting his most short film, “Winter Light,” which was set in the dead of winter. Because the film was being shot in Montana, the crew was not only able to shoot in the show, but also given the opportunity to shoot the finale of the film during a record-setting blizzard. “The quality of the light and the kind of faces you can cast locally,” Higgins said, “are priceless for what they establish for the look and feel of the film.”

The restructuring of the incentives program not only helped filmmakers from a financial standpoint, but it also helped filmmakers like Smith understand how locals can be a valuable resources during production. “The film office helped us make the connections we didn’t have and it made things easier all of the time,” said Smith. On the contrary, in a city like Los Angeles, where filmmaking is embedded in an urban environment, it can be much more difficult to find a good shooting location, the panelists said. Their reasoning? The public is hyper-aware of the monetary value of shooting on location and property owners usually seek out compensation from filmmakers. Advantages, said the panelists, vary by location, but all were in agreement that in the remote and unpopulated areas of Montana, the rare site of a film set was usually welcomed by an excited community — a response that would, in turn, inspire the filmmakers to honor the people and culture with the work itself.

READ MORE: Here’s How to Make the Most Out of a $200K Budget