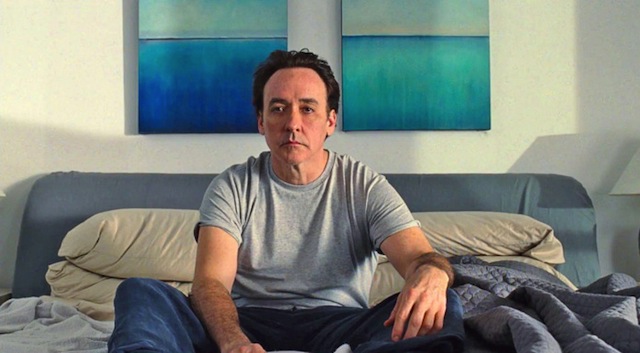 1. “Entourage” and the Problem of a Critic-Proof Movie. Criticism is ostensibly designed to drive and further the larger discourse surrounding film, but what happens when a particular film all but rejects any critical attention paid toward it? Is it possible to write intelligent criticism about, say, “Entourage,” even though most people paying to see “Entourage” don’t care what you think? Salon’s Scott Timberg ponders whether critics should even write seriously about “critic-proof” movies.

People go into the field of criticism, typically, so they can be a thoughtful and intelligent part of the conversation – to urge people to look harder at something they think they already know, or to look outside of the work the marketers are throwing at them to find something deeper and richer. But what does a critic do when confronted with something (a film, say) where only a tiny sliver of the audience cares – or even hears — what they think? What does a movie critic do in the case of a movie designed to be critic-proof? As American films orient more and more around action-movie sequels and the taste of teenagers, and as criticism loses its influence in a world of crowd-sourcing and constant marketing, this is a question that will come up more and more.

2. The Good Vibrations of John Cusack. John Cusack is the one of the most prolific, dedicated actors of his generation. He has starred in 17 films since 2010, which is already more than he made in the previous decade. But Cusack is a game actor, willing to take on any role given to him. Grantland’s Steven Hyden profiles Cusack ahead of “Love and Mercy” and explores his good vibrations.

For people of a certain age, John Cusack will probably always seem like a big movie star. If you entered puberty between 1983 and 1990, Cusack is a quintessential everyfella — after “The Sure Thing,” “Better Off Dead…,” and “Say Anything…” was an avatar for sensitive males who knew they’d never be Billy Zabka. But even after he graduated to Bruckheimer-size blockbusters with “Con Air,” Cusack made sure to chase the popcorn flicks with intellectually adventurous movies like “Being John Malkovich.” Like Rob Gordon, proprietor of Championship Vinyl in “High Fidelity,” Cusack has been an amiably aloof presence, never a focal point in pop culture but still hanging out in the background. While he hasn’t lost his movie-star charisma, Cusack isn’t doing movie-star projects. Where is John Cusack’s comic-book movie? Guys like Robert Downey Jr., Paul Rudd, and Miles Teller have their comic-book movies. The genre that rules Hollywood has made the brainy, dude-next-door, John Cusack type a new kind of action hero. Meanwhile, the actual John Cusack is making martial arts epics that only get released in China.

3. A Conversation with Dr. Lecter on the New Season of “Hannibal”. The NBC serial killer drama/1980’s arthouse film “Hannibal” premiered last night and it garnered more critical praise for its oneiric visuals and style. Vulture’s Matt Zoller Seitz sits down with Dr. Lecter and has a conversation about the series based on his own name and exploits.

[Hannibal] is operating at an aesthetic level so far beyond what any other current TV show attempts that it seems foolish to judge it by their standards.

What standards are those?

The standards that have governed the production of scripted television for nearly 70 years, and that still constrain the means by which stories are told to viewers. Unlike every other series, even ones with great filmmaking, it is driven mainly by images, music, and sound effects, and by composition and editing. It’s a literary adaptation, a horror show, a cooking show, a fashion show, a tour of lavish architectural interiors, a never-ending melodrama about FBI agents and serial killers, and an opera in which characters speak rather than sing. But over and above everything else, it’s an experience. It’s a thing you luxuriate in, savor, as you might a book of poetry, a favorite record album (on vinyl, most likely) or a coffee table book filled with reproductions of magnificent, horrifying paintings.

You’ve thought about this.

I’m obsessed with the show, Dr. Lecter. I mean really obsessed. To the point where I hear your voice in my head as I write about it.

4. A Billy Wilder Primer. Billy Wilder has somewhat been in the news lately, what with Cameron Crowe citing his name as an influence for all of his films, including his new one about a Hawaiian pilot trapped in a love triangle while also grappling with the privatization of the military and nationalist identity. Well, if you’ve never seen any of Wilder’s films, they’re all a must. The A.V. Club’s Ryan Vlastelica explores Wilder’s filmography and guides a beginner through its waters.

The films of Billy Wilder are more famous than Wilder himself. As with Howard Hawks — another director beloved by cinephiles but with little name recognition among the general public — Wilder’s work spans so many genres and styles that he becomes impossible to pin down, definable only by the skill inherent even in his weakest efforts and by a somewhat skeptical worldview. Actually, “skeptical” is being polite. The word critics most often reach for is “cynical,” and while that absolutely fits films like “Ace In The Hole,” which are so caustic they’d be controversial if produced today, it’s an insufficient description. The biggest thread through Wilder’s career is his clarity when it comes to his characters’ motives, which are almost always self-centered and vain. Even his purest and most idealistic heroes are lying to someone, working their own angles, willing to compromise their beliefs. No one is selfless, which Wilder sometimes views with amusement, sometimes with contempt, but rarely without sympathy, and never with sentimentality. In the climactic moment of his POW drama “Stalag 17,” when every other director would be affirming the bond between this band of brothers, Wilder’s hero tells his fellow prisoners, “If I ever run into any of you bums on a street corner, let’s just pretend we’ve never met before.” Wilder’s most sincere picture ends with a declaration of love that is answered with an order for the declarer to shut up. The cinematic world of Billy Wilder is one where suicide attempts are a recurring theme, popping up in romances and comedies.

5. A Judd Apatow Profile Annotated by Judd Apatow. Judd Apatow’s new film “Trainwreck” starring Amy Schumer is entering theaters next month, and it will be yet another example of the Apatow stamp sending an already-buzzed-about comedian into the stratosphere. Esquire’s Anna Peele constructs a profile of Apatow, but also allows Apatow to add his notes and annotations at the end.

Apatow has described himself as looking like “the next abusive alcoholic stepfather in ‘Boyhood.'” But with his ’90s rock-critic outfit (unbuttoned plaid shirt over silk-screened T, jeans, and sneakers), Apatow is sloppily handsome. He looks a little like a hungover Javier Bardem, with a fairly sound head of hair and teeth so beautiful and straight and white that they feel at odds with the rest of him. The lone off-putting thing about Apatow’s appearance is his gaze, which darts around like a cat at a laser show. He seems to make extended eye contact only when he feels certain about something or receives external validation—if I laugh, the man whose comedies have grossed $1.8 billion has proof that what he’s just said is funny.

Tron fans! Don’t trip. Now I don’t have to live on seaweed juice and tofu dust for 6 months to fit into a rubber suit. ������