Daily Reads: The Curse of the Pixar Universe, Why TV Is Obsessed With Rape, and More 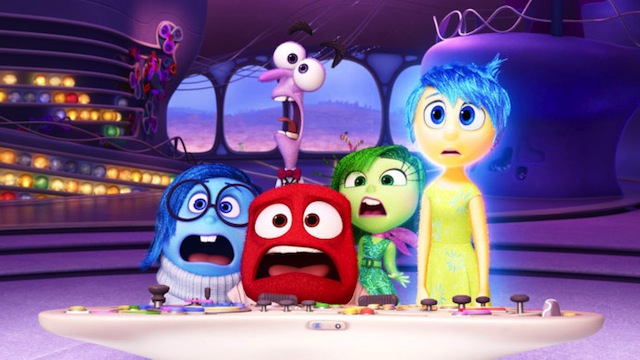 1. The Truth About TV’s Rape Obsession. Rape has facilitated quite a bit of drama in the “Golden Age of Television,” as well as daytime soap operas. Sometimes it’s baked into the series’ premise, other times it’s used to unnecessarily goose conflict, and sometimes it’s treated with the gravity it deserves. Salon’s Sonia Saraiya explores TV’s rape obsession and how it’s used for characters to grapple with the dangers of masculinity and power.

Rape on television is the theater through which both men and women grapple with masculinity — with the fact that in its most corrosive form, masculinity is a quality that wreaks violence on those closest to it. Destruction and power are built into our concept of maleness; rape plots on TV work desperately to allow men that access to power while also codifying when it’s acceptable to use. I’m reminded of one of the most shocking and iconic rape episodes on primetime television — “Sylvia,” a two-parter on the family-oriented “Little House On The Prairie,” in 1980. The episode is horrifying, drawing on slasher-film imagery to tell a story of a girl whose “bosoms” came in “too soon,” resulting in horrific violence at the hand of a man in town. Sylvia herself is a one-off character who is introduced at the beginning of the two episodes and dies by the end. The episode is not about her; it’s about the men around her — her father, her rapist, her boyfriend, and most importantly, Pa Ingalls (Michael Landon), the show’s continued figure of masculine righteousness. What would have happened if Pa hadn’t been around is a chilling possibility left unrealized. Underneath the archetype of the righteous man, the myth of the redeemed rapist, and the specter of the girl who was “asking for it,” in “Little House On The Prairie” or elsewhere, is a far greater fear, a far bigger problem. If good men don’t exist, if rapists can’t reform, if it’s not ultimately the woman’s fault, then something much scarier bubbles to the surface: This world, and masculinity in it, is very, very broken.

“True Detective” season one was the culmination of a process where a self-referential debate over where “quality” lives has replaced quality itself. In a forthcoming essay on “True Blood,” “True Detective,” “Veep,” and “Silicon Valley,” Michael Szalay reads HBO programming as reflexively preoccupied with the distribution technologies through which the network disseminates its brand in an era define by direct internet delivery. On the one hand, HBO co-president Richard Plepler has assured viewers, “We’re not determining success on the basis of numbers. We’re determining success on the basis of quality and we believe the numbers will follow.” But at the same time, David Simon, the creator of “The Wire,” maintains that if his masterpiece were being pitched today, HBO would pass on it. He blames the industry’s new and “slavish devotion to audience metrics.” In the new on-demand reality, producers can see the exact moment when fans stop watching (like 30 seconds into Netflix’s “House of Cards” pilot, when the dog dies). It’s not yet clear how this will affect risky storytelling. But post “The Sopranos” and “The Wire,” it is clear that HBO needs both lots of eyeballs and the association with quality that make people pay for its brand. In what some critics are calling “TV III”: “By building an identity that is separate from the physicality of a conduit, HBO may survive as a brand long after it has lost its relevance as a premium channel.”

3. The Curse of the Pixar Universe. “Inside Out” has taken theaters by storm, raking in money and critical acclaim, but though it may seem like the film is universally acclaimed by both children and adults, that’s not entirely accurate. The New Yorker’s Richard Brody has a few issues with the film, mainly its sentimental, narrow conception of childhood.

Riley’s inner life is thinly populated, and missing some big characters, such as the Skeptic, or the Bullshit Detector (children have sharp ones), the Creator, and even the Thinker (reason itself is a sort of passion or emotion). Meanwhile, Riley’s outer life is virtually culture-free (her one musical connection, an earworm that gets a droll behind-the-scenes representation within her mind, is a song from a gum commercial). The one thing that Disney and Pixar can’t represent is themselves — their own control over the inner being, over the self-representation of a child — yet it’s the movie’s main subject. In effect, “Inside Out” is a feature-length training manual for seeing life like a Pixar movie, an imprint machine for creating its own consumers. The very notion of what’s appropriate for children looms over any consideration of a movie intended for children. It’s unfair to expect a cheerful animated comedy to approximate Malick’s cosmogonic exhilarations, but for a director of genius there are ways. One of them involves comic anarchy, and there, too, “Inside Out” shows its tight limits. One of Riley’s “islands of identity” is called “goofball,” the antic side of her character, but Docter and Del Carmen endow her with only a mild, trivial, and highly moralistic sense of whimsy. If the goofball side of the movie is as wacky as Riley gets, she’s ready for a role in “Ida.”

4. Who’s Better: Pixar or Studio Ghibli? The two most acclaimed animation studios is the American Pixar and the Japanese Studio Ghibli. The former has created such modern classics like “Toy Story,” “Finding Nemo,” and “Wall-E;” the latter has created other such modern classics like “Spirited Away,” “My Neighbor Totoro,” and “Howl’s Moving Castle.” Though it’s natural to like both studios for different reasons, Little White Lies’ David Ehrlich pits the two studios against each other to see who is better.

Once upon a time there was a robot. Every day, the robot cleaned a barren post-apocalyptic wasteland. One day, the robot discovers a seedling and meets another robot. Because of that, a spaceship full of humans comes to their location. Because of that, a lot of fat people are forced to reconsider their future. Until finally the humans recognize that Earth is fertile again, and decide to recolonize it. The end. This structure isn’t unique to Pixar movies or all that dissimilar from Syd Field’s model of The Hero’s Journey, but the fact of the matter is that Pixar works within the constraints of a transparent formula, and that John Lasseter has displayed a rare gift for sniffing out imaginative storytellers who know how to leverage that equation with an original vision. Ghibli films don’t unfold quite so schematically, though most of them adhere to a conventional three act form. The beats in “Spirited Away” and “My Neighbor Totoro” are so gentle that it can be tough to pinpoint exactly when one part of the narrative has given way to the next, but the plotting is hardly abstract. On the other hand, “My Neighbors the Yamadas” is a series of loosely connected vignettes, so Ghibli has never shied away from breaking the mold.

5. “American Gladiators,” Misfit Athletes, and Celebrating Self. Noel Murray’s “A Very Special Episode” A.V. Club column features some of the very best writing on the website. It explores single episodes of television that “exemplify the spirit of its time.” After a two year hiatus, the “A Very Special Episode” column returned last month with a piece about an episode of “AfterMASH,” but this month‘s column is about something quite different. Noel Murray examines “American Gladiators” and how it gave misfit athletes a second chance to be champions, and how it predicted the rise of reality TV.

On the Shout! Factory commentary tracks, the Gladiators make the claim that theirs was the first reality competition show, but that’s a stretch. The series didn’t really reveal any more about its competitors — Gladiator or civilian — than a typical American game show. And even the fantasy/arena elements of “American Gladiators” weren’t completely original. The Japanese variety/game show “Takeshi’s Castle” featured extreme physical challenges in the late 1980s, as did Nickelodeon’s “Double Dare” (on a milder scale). In the 1970s, the likes of “Whew!” and “The Magnificent Marble Machine” had oversized sets and high concepts; and as mentioned, “American Gladiators” likely wouldn’t have existed without the popularity of pro wrestling. Still, for all the “American Gladiators” elements that are of their time — from the massive hair to the show becoming a household name via the now largely outdated syndication model — it represented at least the rumblings of something new. Clark pretty well pegged what was afoot in his memoir, recalling, “Critics think it’s another signpost on the road to the apocalypse. They think ‘Gladiators’ is a watershed for everything that is bad about TV, the media, and our obsession with fame.” And while those 1990s critics that Clark’s referring to were being overly alarmist, “American Gladiators” did sketch out a blueprint for the reality TV to come. One of the great not-so-thinly veiled illusions of reality series is that the people in front of the camera are just ordinary folks who’ve been recruited to be on television, when actually a lot of them are actors who were sent to the job by their agents. Clark writes in his book that he became Nitro in order to keep his Hollywood hopes afloat for a few more months, while many of the contestants were ex-athletes like himself, looking to prove themselves one more time. So “American Gladiators” — like so many reality competitions that followed — became a way to bypass a system that some would-be stars had already tried and failed to navigate.

I’m not sure I could really handle an accurate PEANUTS movie. It’d be like Waiting For Godot starring third graders.