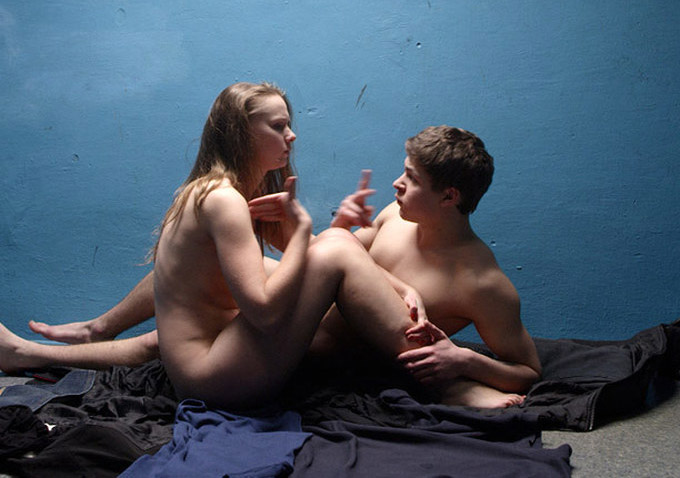 READ MORE: Review: ‘The Tribe’ is an Unprecedented Cinematic Accomplishment

When Ukrainian director Miroslav Slaboshpitsky’s “The Tribe” premiered at Cannes’ Critics Week section last year, nobody knew what to expect beyond a gimmick — an entire movie told in sign language. While that ambitious feat certainly held up, “The Tribe” — which went on to win the top prize of the section — offers far more than that.

For his feature-length debut,  Slaboshpitsky follows Sergey (Grigoriy Fesenko), a teenager admitted to a boarding school where he’s quickly admitted into a close-knit group of rebellious kids engaged in criminal activities outside the classroom. As Sergey grows more involved in the gang’s ambitions, he develops a dangerous crush on Anna (Yana Novikova), which sets the movie up for its harrowing third act.

Slaboshpitsky manages to develop a compelling, suspenseful narrative without a single line of dialogue — even though he doesn’t sign language himself. When “The Tribe” played the Sundance Film Festival in January, Slaboshpitsky spoke to Indiewire about the unique production process that yielded his original work. Drafthouse Films opens “The Tribe” in limited release on Wednesday.

The sign language used to tell this story is obviously a remarkable device, but there’s more to the movie than that. How did you figure out the specific story you wanted to tell?

The main challenge was to make a modern silent film. It’s a different kind of storytelling. A year after the Cannes screening, I’d spoken to a lot of people who had seen the film, and realized a very strange thing: Audiences side with Sergei, the protagonist. But he’s not a much better person than anyone else in the tribe. Maybe he’s worse. But audiences automatically follow him and side with him. That’s been so interesting for me. For the first part of the film, Sergei is our guide. We follow him into this underworld. Some critics from Russia have told me that they think the second part of the film is more a story about the girl. That’s because Sergei’s focus changes to this woman he loves. So we follow that focus.

What was your relationship to this community before you came up with this idea for a film?

When I was a kid, my school was next to a deaf boarding school. I saw how deaf people communicated there. When I decided to make a film about it, I was just making a short film. I went to the Ukranian deaf union and said, “Hello, I’d like to make a short film,” and they were very open. That was four or five years ago. They supported me. From there, I met a lot of deaf people, including some with criminal stories, and I used some of that for the script.

How did you manage that without speaking sign language yourself? 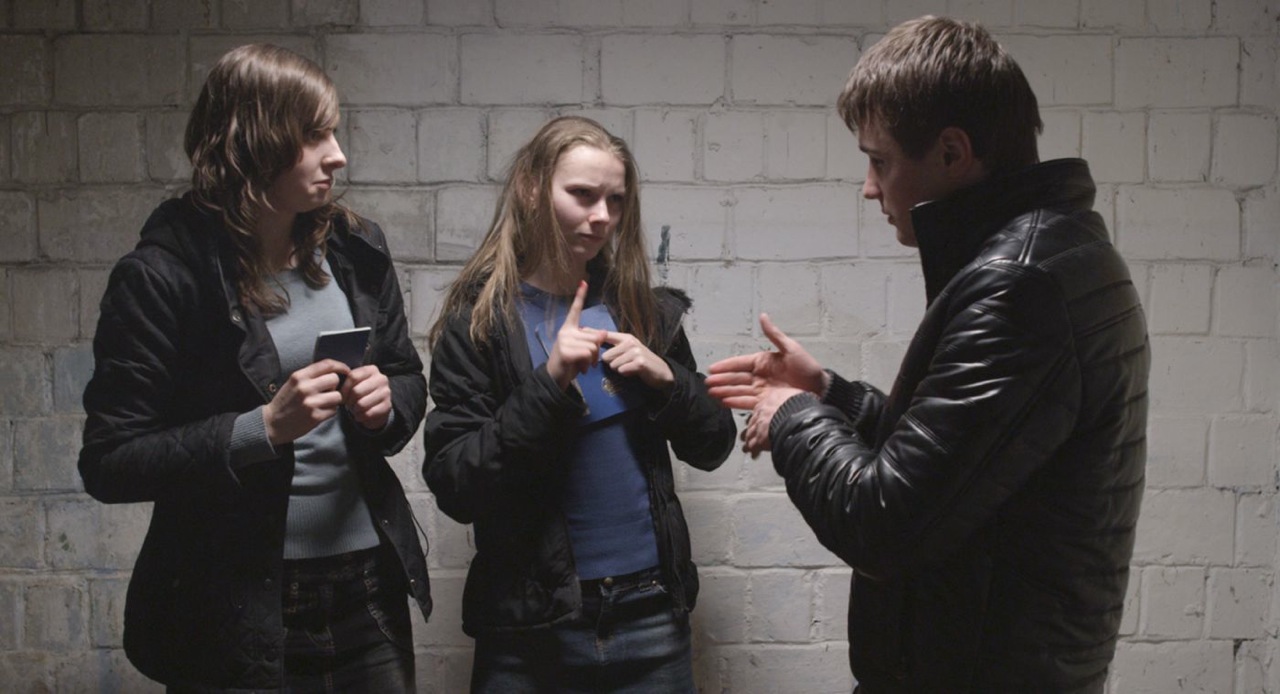 It was so difficult to study this language; it’s like learning Chinese. They use their own alphabet. I used an interpreter.

So how did you write the dialogue?

I wrote the script with conventional dialogue and it was translated. It was interesting because deaf people speak dialogue differently since they can’t hear. The interpreter had to observe the actors to make sure they signed the right stuff.

What kind of relationship did your cast have to this project?

It was a new experience for everybody. Our main actress, Yana Novikova, lives in a very small village where Marc Chagall once lived. She studied engineering but dreamed of acting. She went to Kiev and tried to be a part of the theater there. They rejected her. Another member of our cast is from Russia and an absolutely crazy cinephile. He’s seen every film. He had no experience. The rest of the cast was similarly inexperienced. So we had a lot of workshops and rehearsals.

Do you think they could find more work beyond this movie?

I’m not sure. It’s complicated, especially in our country. Yana, our main actress, celebrated her birthday in Hollywood because we were playing at AFI Fest. She has an agent in Paris. I don’t know what will happen. The other cast members are working in their own ways. One guy moved in with his mother in Italy. Another one — the guy who plays the main antagonist — he was studying to be a dentist, but after the film he bought a camera and decided to become a photographer. I saw his photos on Facebook. They’re getting better. He wants to be a photographer for deaf couples. A lot of people from the cast are trying to make their own short films, including Yana. A lot of them spent their lives not working in cinema, a medium that is such a great experience. Maybe it has made their lives better.

How did you know when you were getting the performances you wanted?

Just intuition. In my mind, I could imagine what it was supposed to look like . On the set, I tried to feel some energy from my actors. It was complicated, because when we started shooting with the Steadicam, even if the first three or four takes were really nice, the Steadicam might not be ready. Then for the next few takes, the Steadicam would be ready, but the actors were a little bit tired. Then, finally, the actors were OK but the camera wasn’t ready again. So it was a circus, everybody hated each other, and then suddenly it worked. We would joke around, but it was a long shooting period — from October until March, because we weren’t shooting every day with all the rehearsals. But it was edited in half an hour because it was only 74 takes! [laughs]

What were some of the biggest challenges in terms of figuring out the appropriate techniques to frame this story?

We spoke about all kinds of cinematic techniques because all of them are complimentary in this film. When you have deaf people in the frame, you can’t shoot them very close, because you have to see their gestures. So we have a lot of long takes. But we also have long takes because it’s cinema. If this was a TV project, it would have more medium close-ups. We had financing to make this film for theatrical distribution so we could shoot in the 2.35 aspect ration and really enjoyed that. 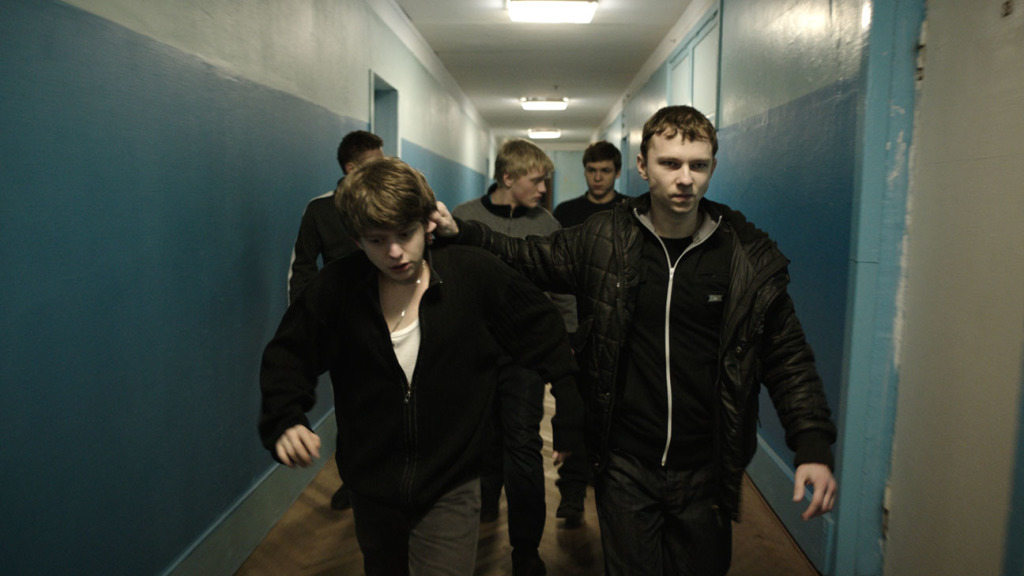 Also, it’s a little complicated to shoot over the shoulder with deaf people. Finally, most audience members can hear the film, which helps in case they miss some of the signs. One of the important things we do is that we don’t change the camera’s point of view. We have a moving camera, but it doesn’t change perspective. That allows us to deeply involve the audience. The camera is their eyes. It looks like you’re part of the tribe. One critic wrote me before Cannes to say he loved the film and he said, “You ask me to come closer, but then you hit me with a blade in the eyes.” [laughs]

“The Tribe” takes a lot of dark turns. Without spoiling too much, what was the impetus for these developments?

You want to know why I hit people with a blade in their eyes? [laughs] It’s funny, because in the percentage of running time, I have no more violence than, say, Tom and Jerry. There’s actually less. But because it looks real, it’s not attractive or commercial. In commercial movies, violence is carnivalesque. Real violence always looks ugly. Some people forget the rest of the film but remember just these scenes. The illegal abortion [in “The Tribe”] looks ugly. But that’s the way it’s supposed to look. The woman who does it explained to me how it was done and I put it in the film that way. I wanted to make a realistic film. The realistic violence can be better than carnivalesque violence, which seems unproblematic to most people. But real violence disturbs you. It shouldn’t attract people; it should shock them.

What sort of reactions have you received from the deaf community?

I’m a little nervous about it, because the characters in the film aren’t so nice. But everybody in the film is deaf, from the protagonist to the antagonist. It’s completely inside their society. Some deaf people shook our hands after some festival screenings. Of course, they’re much more interested in taking a picture with Yana, since she’s a movie star to them. They’ve thanked us. In the United Kingdom, there’s a huge community of deaf artists, and there have been no negative reactions.

How was it received in Ukraine?

It went well by Ukranian standards. We have maybe 200 screens in Ukraine and “The Tribe” played on 37 of them. We had a little more money than most Ukranian productions. I asked my distributor about it and they said, “We’re not competing with other films; we’re competing with the Philharmonic.”

How has the reception for the film influenced your next steps? 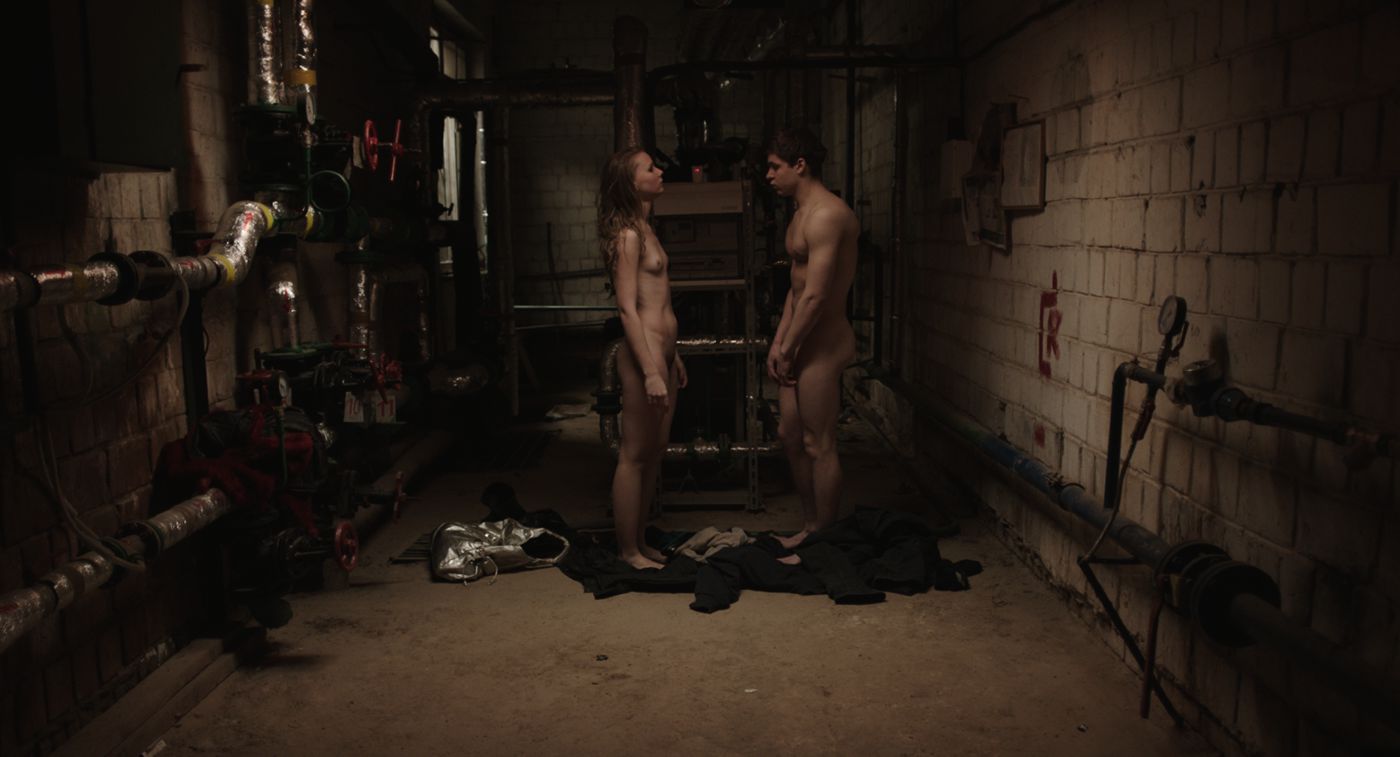 This has been one of the better years of my life. It was a crazy year with a lot of traveling, but it’s a good time for me to collect money for my next film. For this reason, we’re working on the treatment for my second feature. It’s about the Chernobyl disaster. I worked as a journalist there so I know all the shelters there, and the people. We already got support from the Ukranian Film Fund as well as the Rotterdam Film Festival. We might try to be a part of Sundance’s film lab. We have a German producer and a Ukranian producer, so probably it will be a German-French-Ukranian co-production.

Is it a more traditional narrative?

I don’t think so. It’s about today; not about the disaster. We’re jokingly saying that it’s like “Badlands” meets Tarkovsky’s “Stalker.” When you go inside Chernobyl, it really does look like that.

Are you receiving a lot of scripts?

Yes, but mostly Ukranian. I do have an idea for an American commercial film, but it’s like a horror-thriller along the lines of “Nightmare on Elm Street.” Nobody’s asked me about it yet. If they do, we can discuss it.

This Article is related to: Features and tagged Features, Interviews, Miroslav Slaboshpitsky, The Tribe