Jennifer Coolidge at Provincetown: 'I Should Have Stopped at 'American Pie' 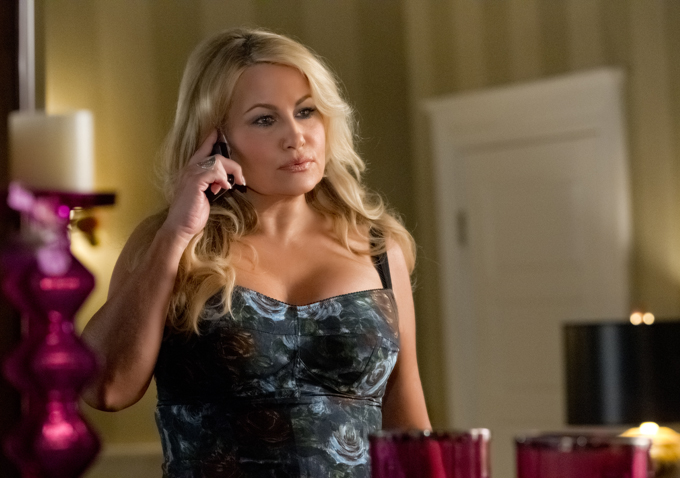 READ MORE: Provincetown Film Festival Releases Lineup For 17th Edition
Jennifer Coolidge, the actress best known for her role as Stifler’s mother in the “American Pie” franchise and her work with director Christopher Guest on his beloved improvised comedies “Best in Show,” “A Mighty Wind” and “For Your Consideration,” made a trip to the beachside town of Provincetown, Massachusetts over the weekend to pick up the event’s Faith Hubley Career Achievement Award.
The actress, who got her start as a member of The Groundlings comedy troupe alongside Will Ferrell, has worked non-stop since the late ’80s in both TV and film. On top of the “American Pie” and Guest movies, Coolidge has memorably appeared on the small screen in “Seinfeld,” “Sex and the City” and most recently “2 Broke Girls,” and in the two “Legally Blonde” films as a daffy beautician who perfects the Bend and Snap to bag a man. In 2009, she proved she can also do high-stakes drama, acting opposite Nicolas Cage and Eva Mendes in Werner Herzog’s “Bad Lieutenant: Port of Call New Orleans.”
Before Coolidge took to the stage on Saturday at the Provincetown Town Hall to accept her award, she took part in a 30-minute freewheeling discussion moderated by film critic B. Ruby Rich. Below are the highlights.

She can poke fun at herself. 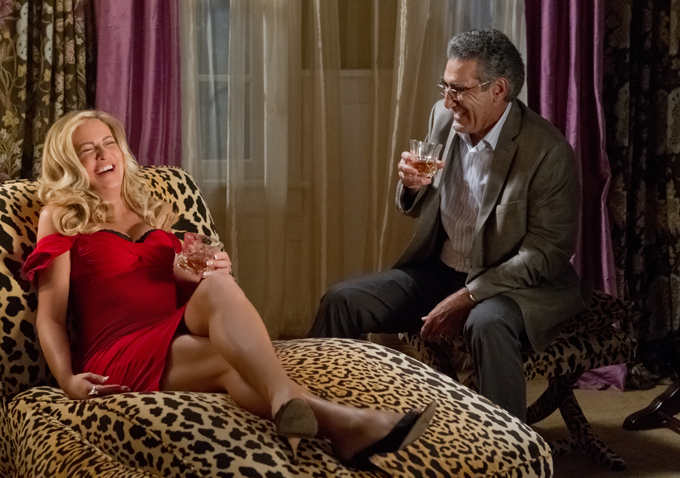 Before the discussion got underway, the festival screened a highlight reel featuring some of Coolidge’s most memorable performances. “I’m so vain,” she said, after watching her career flash before her eyes. “All I could think of was I should have stopped at ‘American Pie.’ I didn’t need to be all those other fat faced ladies.”

She used to waitress with Sandra Bullock before making it big.

“I was a waitress and Sandra Bullock was the hostess at this restaurant. I was just, ‘She’s going so fucking far.’ She was this incredibly nice fellow actress in my restaurant. She had a much better idea of the business. She was much more savvier; she was running the show at 30. She got out early and had it figured it out. She really thought she could have her own thing.”
“I didn’t realize that to get into our business you have to know the business. I never really asked those questions. It never occurred to me to get my own thing going; I was waiting for people to give me my opportunities rather than create them. That’s the great thing about Amy Schumer and all these women who are making their own stuff happen. It was my lack of confidence I guess. Other people made it happen, but I didn’t. I was lazy. When one thing didn’t go right, I’d just go, ‘Oh well.'”

The secret to her impeccable comic timing…

She serves as a therapist to her fans.

“People think I have a lot of problems which is true. People come up and instantly share their problems with me because they think I have them too and it’s an open field for relating. I think it has to do with the people I’ve played. Most of the people I play are a little bit flawed – they have problems. People will sit next to me on a plane and tell me about very personal gynecological things – instantly. I should explore what that means. I hear all the things people don’t normally want to share. People definitely don’t think I’m slick, that’s for sure. Whatever they say to Scarlett Johansson, they’re not going to say to me. But I don’t mind, I listen to it all.”

She recently shifted the focus in her standup comedy work.

“I used to talk about Hollywood in most of my comedic standup work. I thought that was what people were interested in. In the last year I’ve stopped doing that and started doing more personal stuff. I thought people would always think the Hollywood stuff was more interesting. People are more interested in the fact that I have a mentally handicapped assistant. In Hollywood, a slick world, a lot of stuff in my life is very awkward. It never occurred to me to be very personal and talk about my real life.”

“I do have to say, there is this incredible benefit to being older. I never thought I’d say that. I’ve figured out that show business isn’t the end-all. I thought I’d never be tired of Hollywood, of the experience, and I have to say there’s some relief. As you get older, your taste changes. I have to say that my happiest moments are not in Hollywood anymore. I never have to go to another Hollywood party again!”

She’s been pigeonholed by Hollywood.

“I would say 90 percent of the scripts that show up on my door are women who have had lots of plastic surgery that are married to rich men — sort of a trophy wife. I think I’m getting too old for those. [I also get offered] physically altered women – or I get a woman with a weight problem that is being ridiculed in her world. It’s never the lead, overweight woman. It’s always a character part – the friend of a friend. Now it will probably be Reese Witherspoon’s dumpier mother. 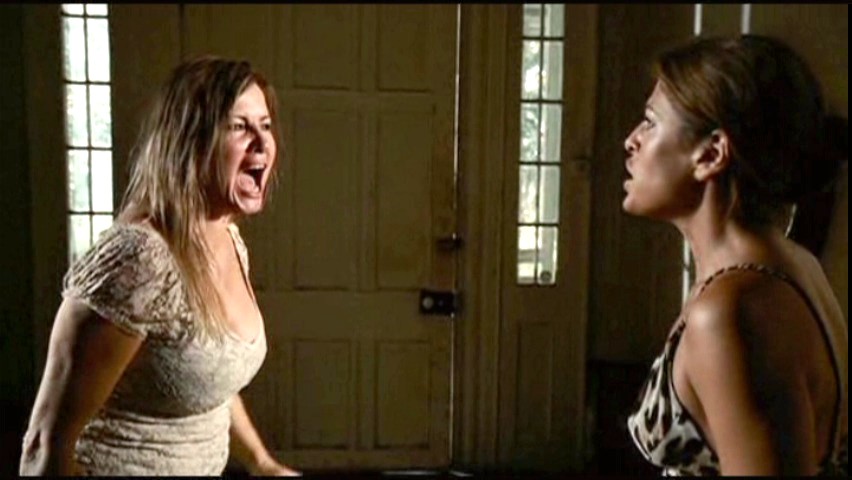 “Werner Herzog, when I auditioned for ‘Bad Lieutenant,’ he had never seen any of my films. He thought I was this actress living in New Orleans and it was my first job.”
“Cate Blanchett and others, they get this broad range of all these cool people they can play. Some women really do get it all. For me, it is the same thing that happens over and over. I should change that and maybe write my own thing.”

She’s dying to really branch out.

“When I was making ‘Gentleman Broncos,’ there was a guy in the movie from Mexico, and he said, ‘My friend is a big filmmaker down in Mexico and he wants to you to do the lead in his film.’ He gave me the script and it was a woman who had a gold grill and she was the head of a biker gang. She had a chainsaw on the back of her bike. Someone saw me as that woman – that I could do something other than what I’ve been approached to play so many other times. That would be a dream role.”