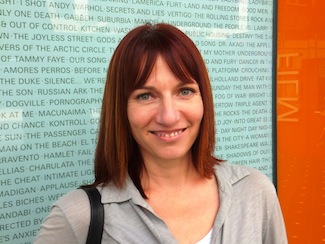 READ MORE: The 12 Breakouts of the 2015 SXSW Film Festival

Janet Pierson, Head of South by Southwest Film, has announced Jody Arlington will now lead SXSW Film Press and Publicity, which includes running communications for the SXSW Film Conference and Festival. The next edition of the festival will run March 11-19, 2016.

“We are excited to have Jody join the SXSW family,” said Pierson in a statement. “Her achievements in directing PR for arts institutions…plus her ardent support of artist-driven storytelling and the converging platforms and disciplines transforming the art and business of media creation and exhibition make her a great addition to our team.”

“SXSW has always been my favorite festival, serving as the home and launchpad for some of our industry’s most exciting talent,” added Arlington. “Its nexus at the heart of film, interactive and music; its edgy and DIY spirit in beautiful Austin, TX; and Janet Pierson and her team’s vision for the program made this a career move I couldn’t be more excited to make.”

Arlington has represented organizations and independent film projects for more than 20 years. She spent 11 years working for the Silverdocs Documentary Festival and the International Documentary Conference, now known as AFI Docs.