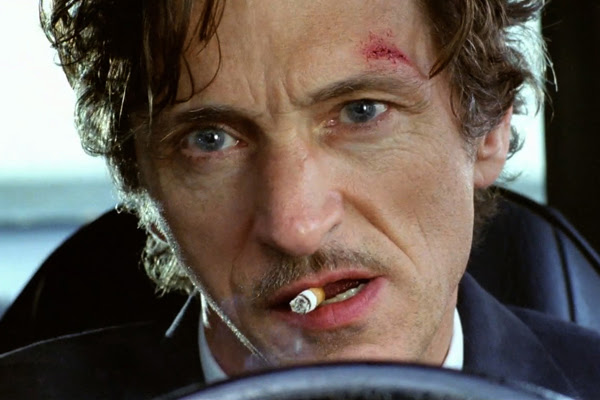 READ MORE: Why You Shouldn’t Say Hi to John Hawkes on the Street

Academy Award nominee John Hawkes continues to take on complex indie characters with his latest drama, “Too Late.” Written and directed by Dennis Hauck, the film follows a private investigator (Hawkes) who is trying to track down the whereabouts of a missing woman in Los Angeles. Joanna Cassidy, Crystal Reed, Vail Bloom and Rider Strong co-star.

Indiewire is excited to debut the exclusive poster for the film below. The image captures the haze of the film’s LA setting and the grainy film look of the medium on which it was shot. Enticingly, the film was shot on 35mm and will only be shown in that format.

“We shot every frame of ‘Too Late’ on film, including the opening and closing credits,” said Hauck. “I just went down to the copy shop, printed out some transparencies, and shot them backlit with a leftover short end from production. It was probably cheaper than it would have been to hire someone to design them digitally and add fake grain and flicker and all that kind of stuff.”

The drama will play the Bring Theater at LACMA on June 11, followed by a screening at Regal Cinemas LA LIVE 13 on June 17.

READ MORE: ‘The Sessions’ Star John Hawkes On the Negative Side of Fame

This Article is related to: News and tagged Dennis Hauck, John Hawkes, Posters, Too Late