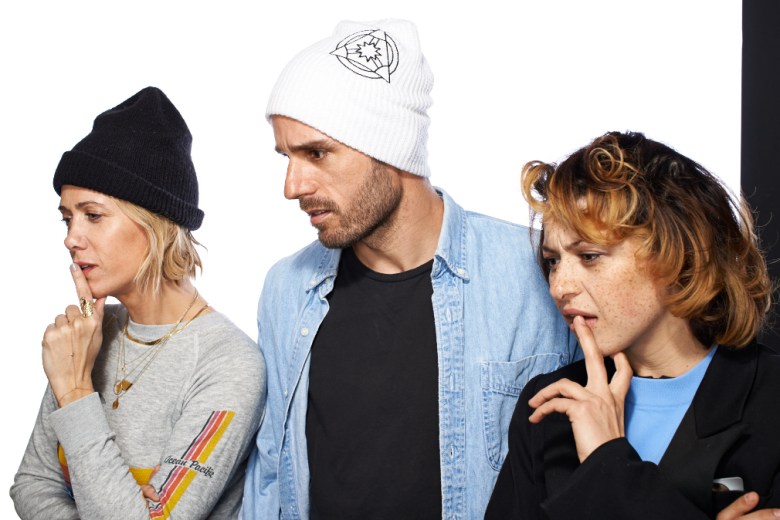 No one can accuse Chilean writer-director Sebastian Silva of holding back.

Over the weekend at the 2015 Provincetown International Film Festival in Massachusetts, where “Nasty Baby” screened, Silva took part in the morning panel, “That’s Not Funny: Making Uncomfortable Comedy,” alongside “Funny Bunny” director Alison Bagnall and producer Laura Heberton, moderated by The Boston Globe’s Janice Page. Once again, he didn’t let the press in attendance keep him from speaking his mind, this time with regards to his distaste for the comedy genre and one of its most successful stars, Seth Rogen.

“I never think of comedy in terms of what is funny,” Silva said, when asked what about the unique nature of “Nasty Baby,” a film that has comedic elements but by no means plays like a conventional comedy. “Not to offend, but I think that’s a very American thing. There are so many comedians [who are like] ‘I’m a comic.’ I’m like, ‘You’re not funny…but you’re still a comic?’ No, seriously, there are a lot of guys who are not funny at all that are ‘comics.’ I don’t ever think of comedy that way.”

“I’m not a big fan of jokes for instance,” he continued. “I feel that jokes in movies die after the first time you’ve heard the joke. For me there are situations that are amusing. Shame, embarrassment, surviving embarrassment, all of those things are very dear to me. But Seth Rogen, for instance, I find him absolutely unfunny. Like there’s nothing I find funny about Seth Rogen…When you him running in a movie, he’s running funny in his mind. He’s not running like a normal human being. I find that sort of self consciousness of being funny a turnoff for comedy.

“I feel that you kill your movie when you call it a comedy. Or when you call it anything! Especially a comedy. Because if things aren’t funny, then people are going to be disappointed. You cannot have a movie that is constantly funny, because it’s just exhausting. Saying that your movie’s a comedy, you’re already setting yourself up for failure.”

The Orchard will release “Nasty Baby” later this year.