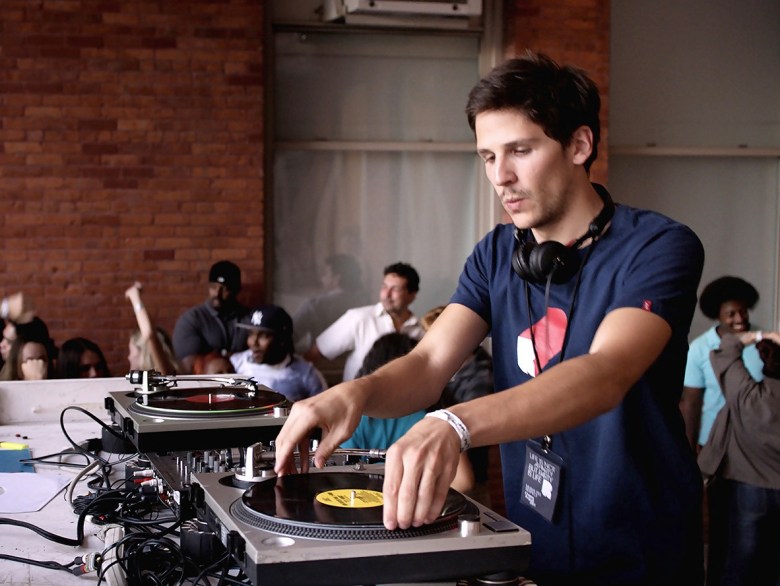 READ MORE: Review: ‘Eden’ is a Refreshing Spin on the History of Electronic Music

Félix de Givry has only two film credits to his name, but at 23-years-old the French sometimes-actor has it going on.

He made his screen debut with a small role in Olivier Assayas’ “Something in the Air,” which led to him being cast as the lead in Mia Hansen-Løve’s acclaimed film about the birth of French electronic music, “Eden” (now out in select theaters). Despite his lack of onscreen experience, Givry is a natural in “Eden,” embodying a fictionalized version of Hansen-Løve’s DJ brother, Sven, on whose story the film is based. He carries the film with total ease and confidence, plus he’s easy on the eyes and speaks fluent English, which bodes well for his future career prospects as an actor.

On top of that budding career, Givry recently co-launched Pain Surprises, a venture he describes as “a music label and a production company that produces short films and documentaries.” He told Indiewire that they’re also planning on soon launching a clothing line and a magazine. Like we said, this young man is busy. 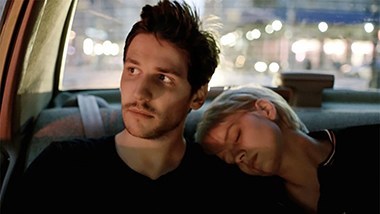 I’m not an actor, so I never did any theater school — I never did anything. I didn’t want to take anyone’s spot, but I am really happy. Afterwards. But before, it’s not like I would have killed someone to do [this role].
I’m a huge Daft Punk fan. So it was, contextually, inconceivable not to be interested in this movie. And there was also the fact that I don’t really consider myself as an actor; at first, there was a whole link much more than a traditional movie. Having to spend so much time together, with Sven, with Mia, writing the script; I was even helping her when we had to cut scenes — we were really involved…in music…I helped finance the movie, finding some people to put money [into] it when it was tricky. In a normal movie, you have the casting, and then two weeks later you meet the director, two weeks later you shoot, and then you meet during the promotion. But it was such a struggle to do [this] movie that there was a human connection. And this is why afterwards I’m really happy to have done it, because it was not normal. I learned much more than just being an actor.
I opened the script and I started seeing my character everywhere, and I was like, oh shit…[laughs]. And I started to understand, okay, everything relies on this character. But it was not that much pressure. I think mostly the sex scenes — which are not that much of a big deal in the end — was more what I was nervous about. I had a girlfriend at the time.
We rehearsed with Mia 200 times, every time we could rehearse the script, entirely, we would do it. And she would do all of the other characters; it was really funny. [laughs]
Mia’s really crazy about details; two months after the casting, so maybe two years before shooting, she was sending me text messages to see if I was writing with my right hand or my left hand, because she was already thinking about how she was going to visualize it.
I used to send Daft Punk emails so they could play parties I used to organize and they didn’t respond. I don’t even know if it was a real email [address]. 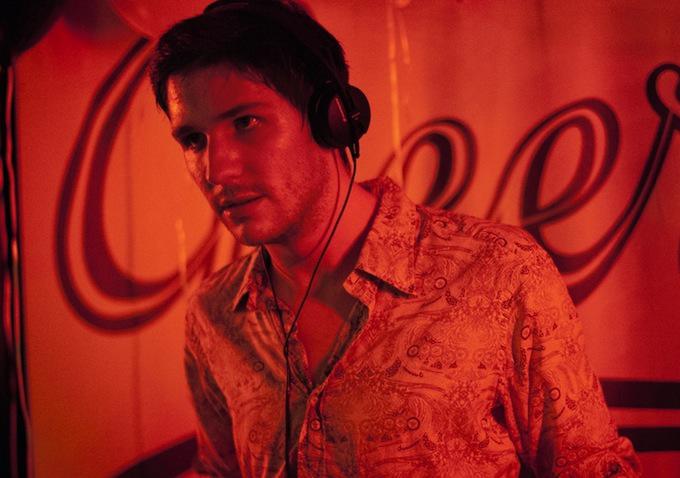 The first time I spoke with Daft Punk was at the afterparty at the end of the shooting. And it was so funny because it was four days after the Grammys in February. They had just come back from Los Angeles, and they were talking about the show. And I was so impressed because they are so… normal. They’d be like, “The guy from Aerosmith was dancing to my music! So crazy!”
I have the [acting] bug… yeah. I took an agent in France, and he told me, “Now you’re saying this, but when you’re shooting, you have a virus inside you.”

People are telling me that it’s rare that someone completely unknown arrives in the film world, released on an international scale, who speaks both English and French. So some criteria are filled, but I don’t know… of course if the Coen brothers come to me and say, “Would you like to play in my movie?” I’d say, “Yes.” [laughs]