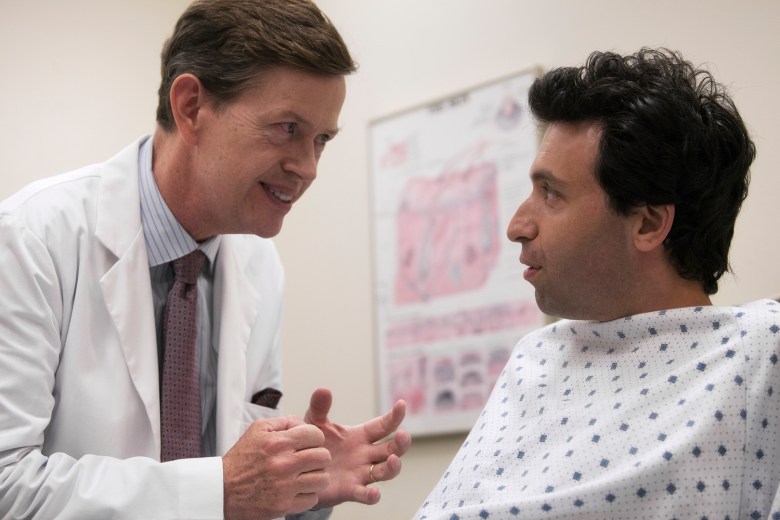 After premiering to acclaim on the festival circuit in April, Michael Tyburski’s short “Actor Seeks Role” has made its online premiere.

Alex Karpovsky (“Girls”) and Emmy nominee Dylan Baker (“The Good Wife”) co-star in the 20-minute film about a method actor (Karpovsky) who catches the attention of a quirky medical instructor (Baker). Struggling to land traditional roles, the actor takes on a part-time gig performing symptoms of various illnesses for student doctors.

Well-observed, bitingly funny and riddled with idiosyncracies, “Actor Seeks Role” has much to recommend, including its superb acting duo. Karpovsky ably ranges from melancholic to absurd, while Baker gives a performance of typical flair. The film won the Grand Jury Prize at its premiere at the Independent Film Festival Boston in April, and it has since been selected to screen at the Nantucket Film Festival and the Rooftop Films Summer Series.

Check out the entirety of “Actor Seeks Role” above. You can visit the film’s official website here.