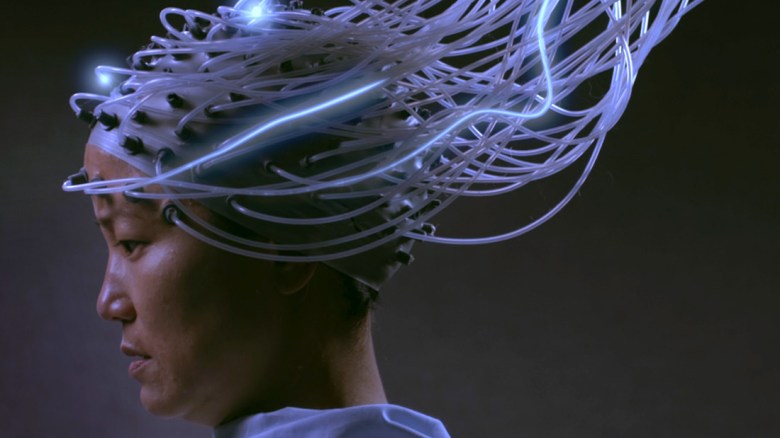 Marking Jennifer Phang’s first feature since the 2008 sci-fi drama “Half Life,” “Advantageous” finds the San Francisco-based filmmaker looking into a dystopian near-future. The film, which was co-written by Phang and Jacqueline Kim, premiered at the Sundance Film Festival earlier this year and will be screened in theaters and available on Netflix in late June.

“Advantageous” stars Kim as Gwen Koh, a mother who struggles to stay afloat in an economically unstable world. Gwen works as a spokesperson for the Center for Advanced Health and Living, which promotes new technology that allows people to overcome their natural disadvantages and begin a new life. When the company fires Gwen from her job for being too old, she has to decide whether or not to undergo the procedure herself to salvage her career and support her family.

Jennifer Ehle, James Urbaniak, Ken Jeong and Freya Adams also star in “Advantageous.” The film won the Special Jury Award for Collaborative Vision in Park City. The movie is set to stream on Netflix beginning June 23 and will hit New York and San Francisco theaters on June 26. It will have its New York premiere at BAMcinemaFest on June 21.