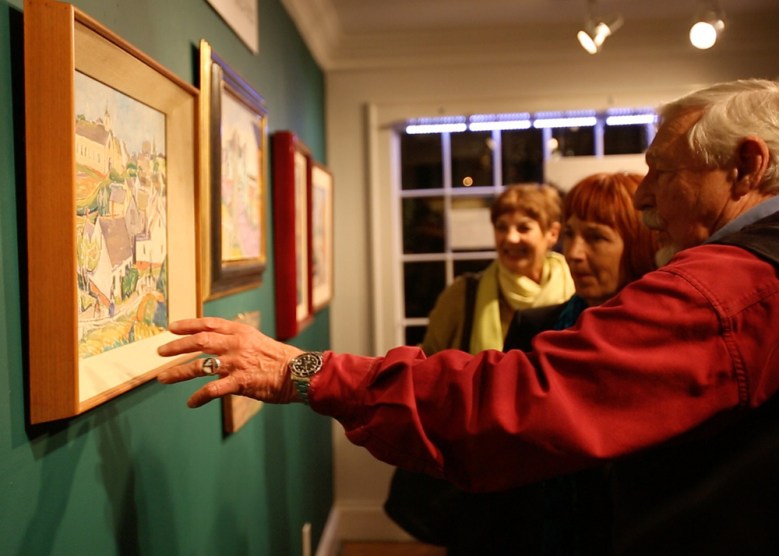 In the trailer for “Packed In A Trunk: The Lost Art of Edith Lake Wilkinson,” Emmy-winning writer and director Jane Anderson shares her great Aunt’s art work with the world. Produced by Anderson and directed by Michelle Boyaner, the film hopes to solve the various mysteries of Edith Lake Wilkinson’s life, a painter and key figure of the early 20th century Provincetown art scene.

Despite her mesmerizing body of work, she was committed to an asylum in 1924 as a result of a controversial chain of events. The majority of Wilkinson’s work never made it to the public eye nor was she heard from again.

The writer of the critically acclaimed series, “Olive Kitteridge,” Anderson once again collaborates with HBO to explore attics, closets, and forgotten rooms in an attempt to bring the canvases that inspired her as a child back out into the world.

Awarded Provincetown International Film Festival’s audience award for best documentary, the film explores the meaning of art and societal acceptance. Touching on family, mystery, and emotion, check out the trailer for HBO’s latest documentary above. “Packed in a Trunk” premieres July 20 on HBO.

This Article is related to: News and tagged Documentary, HBO Documentary Films, Jane Anderson, Packed in a Trunk: The Lost Art of Edith Lake Wilkinson