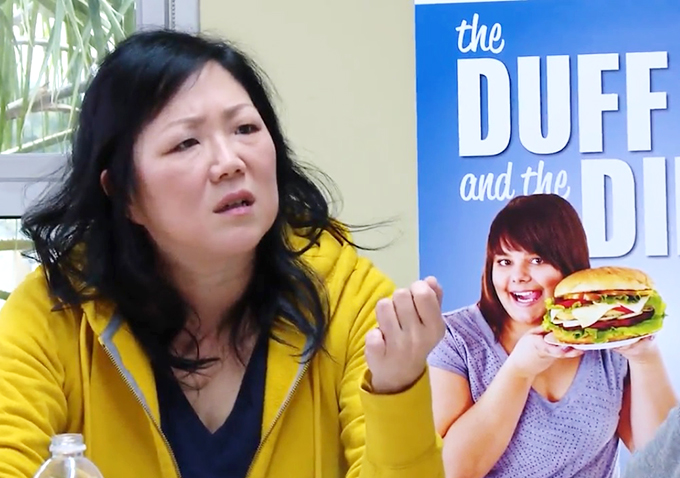 Margaret Cho takes on an all-female reboot of the Hollywood
writers room in the latest Funny or Die short, “If Women Ran
Hollywood,” in which Cho and her staff face the cumbersome task of adding
depth to their popular new sitcom’s DILF.

The women are so vexed with the problem that they concede to
asking diversity hire Barry for insight, but his ideas are far too serious for
a comedy. The satire delivers a number of biting jabs on the Hollywood gender
divide, tossing in a handful of ridiculous suggestions that are probably as
funny as they are familiar.

Watch above as Barry laments an inequitable pay scale and
the lack of three-dimensional male characters on television.

READ MORE: Tiger Moms and Fly Girls: How Do Women Fare on ‘Fresh Off the Boat’?

This Article is related to: News and tagged Funny or Die, Margaret Cho