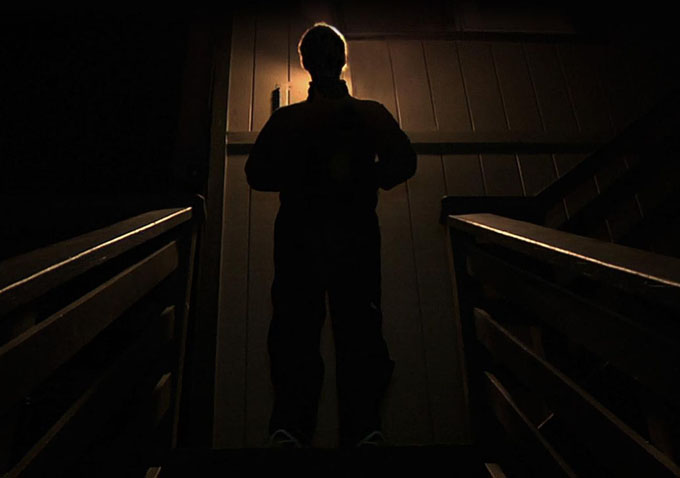 Found footage horror films may sound like a tired cliche at this point, but leave it to horror guru Jason Blum and indie master Mark Duplass to prove that statement wrong. In the first official trailer for Patrick Brice’s “Creep,” Duplass recruits an unemployed stranger for an unusual task, and it’s not soon after that things start freakishly hitting the fan.

The official synopsis reads: “Looking for work, Aaron (Brice) comes across a cryptic online ad: ‘$1,000 for the day. Filming service. Discretion is appreciated.’ Low on cash and full of naiveté, he decides to go for it. He drives to a cabin in a remote mountain town where he meets Josef (Mark Duplass), his cinematic subject for the day. Josef is sincere and the project seems heartfelt, so Aaron begins to film. But as the day goes on, it becomes clear that Josef is not who he says, and his intentions are not at all pure.”

The film, which premiered at the 2014 SXSW Film Festival, represents Brice’s directorial debut. The filmmaker had great success at Sundance earlier this year with “The Overnight,” which The Orchard is releasing on June 19.

“Creep” will hit iTunes on June 23, and Netflix subscribers can stream the film beginning July 14.