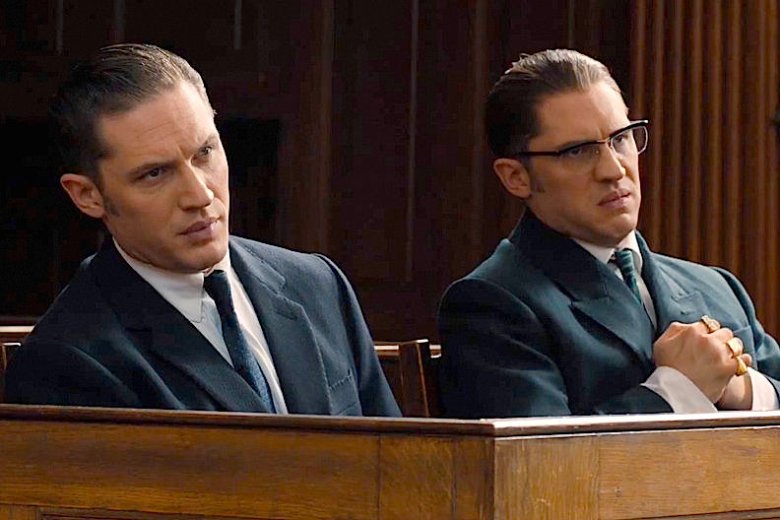 Director Brian Helgeland is returning to crime dramas for the first time since winning an Oscar for “LA Confidential” in 1997 by writing and directing “Legend.” The film stars Tom Hardy as identical twins Reggie and Ronnie Kray and is based on the book “The Profession of Violence: The Rise and Fall of the Kray Twins” by John Pearson.

The film chronicles the rise of the Krays as mob kings in London during the ’50’s and ’60s, and puts a spotlight on how they terrorized the city with their brutality. Focusing on the dynamic between the brothers — Ronnie had psychotic tendencies that forced Reggie to try to control him — the drama will be quite the acting challenge for Hardy, who last dazzled in “Mad Max: Fury Road.” Emily Browning, Colin Morgan and Chazz Palminteri co-star.

The film will be released on October 2. Watch the trailer above courtesy of Yahoo! Movies.