Watch: You'll Think Twice About Where You Walk After This Exclusive 'The Three Hikers' Clip 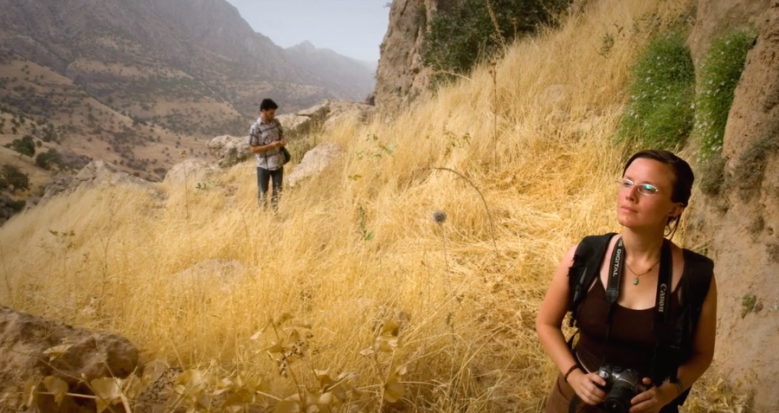 Everyone experiences one or two vacation nightmares in his or her lifetime, but nothing can possibly compare to the travel horrors Sarah Shourd, Shane Bauer and Joshua Fattal experienced in July of 2009.

After mistakingly crossing the boarder into Iran, the eponymous hikers were captured by military officials and held in the country’s notorious Evin Prison for more than two years on espionage charges. Premiering at AFI DOCS this week, Natalie Avital’s “The Three Hikers” takes a shocking look at the capture of these three Americans, and the exclusive clip above lays the foundation for their bizarre and shocking story of imprisonment.

Weaving together the hikers’ journey with behind-the-scenes footage and interviews with the subjects and their families, the movie weaves back and forth between life on both sides of Evin’s walls, chronicling key moments of Sarah, Shane and Josh’s prison experience. Interviewees include Reza Aslan, Noam Chomsky, Lonnie Ali, political expert Gary Sick and Faraz Sanei from Human Rights Watch.

The documentary will premiere at the 2015 AFI DOCS Festival in Washington, D.C. on June 18. Check out the exclusive clip from the film above.

This Article is related to: News and tagged AFI DOCS, AFI Fest 2015