Attention, Filmmakers: 4 Tips to Help You Connect With Your Audience and Build Your Brand 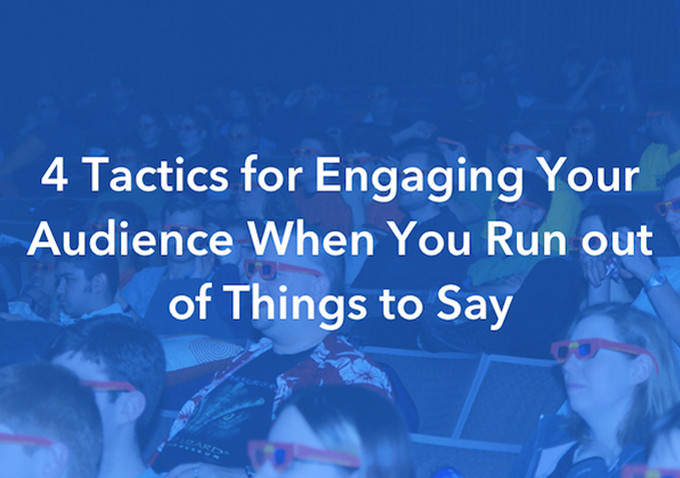 This article was originally published on the Seed & Spark blog and has been republished here with permission.

Anyone who has done even casual research into building an audience has encountered the idea that, in order to cultivate fans, you have to, you know—talk to them. Give them a piece of yourself. Entertain them. Make them think. Keep them engaged lest they forget about you.

READ MORE: 10 Commandments for Promoting Your Film on Social Media

Those fond of markety speak will tell you that you’re “building a personal brand.” If that spikes your B.S.-o-meter, think of it as reminding your fans that you exist without annoying them by just saying “Look at me!”

For lots of us (myself included), that’s easier said than done. When I tell filmmakers to start a blog or an email newsletter, they say “Great. But what do I write during those dry spells I don’t have, you know, anything new to talk about?”

And yes, it’s true—when your crowdfunding campaign is long over, production is done, and you’re twiddling your thumbs waiting for all those festival submissions to come back, it can feel like there’s absolutely nothing new to say.

When I’m stuck, I use one of the four following tactics to find something to say to my followers:

1. Talk about the wider world in which your project exists.

This can be as simple as setting a Google alert with some pertinent keywords about your film’s topic (or maybe its principal characters/actors) and passing those links along when something interesting happens. Or maybe you can talk about the films from other artists that inspire you, and how your film will use that inspiration.

If you’ve made a film about the mob, maybe you can talk about who your favorite gangsters are, or share your pet peeves about a new mafia movie in theaters.

The important part is: Put your work in context by sharing projects, events and articles that are related to it, even tangentially. If your audience comes to rely on your voice for news and entertainment, they’ll receive your messages about your own work that much more readily. 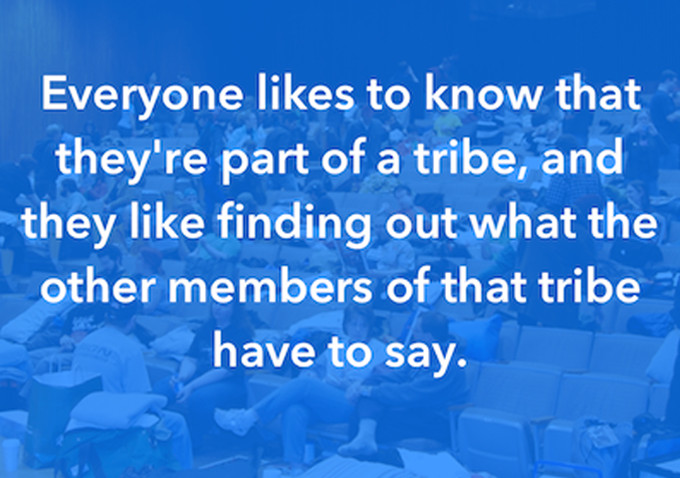 2. Find out more about your individual audience members, and then write about that.

I like short surveys (two or three questions) that give my followers a chance to quickly and easily reveal something about themselves. Everyone likes to know that they’re part of a tribe, and they like finding out what the other members of that tribe have to say.
Questions can be serious or silly, but try to bring them back to your film somehow. If you’re working on a documentary about bicycles, ask your followers what kind of bikes they have. Or find out how long their longest cycling trip was. Then see where the answers take you.

If you get a particularly interesting answer from someone, further investigation and even a profile piece on that person might be in order. Make some new friends and then brag about how cool they are.

3. Give them a place to sound off.

Similar to the previous tactic, when you run out of things to say, point your tribe members to one another and let them do the talking for you. Facebook groups are great for this. You’ll need to stir things up and keep it lively by asking questions now and again, but it’s important to remember that an audience should be a community of people, not just a mass of individuals subscribed to your list. Letting your followers talk to each other will keep things feeling fresh with only a little effort on your part.

Your Facebook group (or forum, or whatever) is also a good place to share the content from tips 1 and 2. Recycling and repurposing articles and posts might feel repetitive to you, but not all of your audience will read every message you send out. Pushing those messages out to multiple channels will ensure that everyone gets a chance to see them.

The “wider world” of your project includes the people you know and admire, so if they’re running crowdfunding campaigns, share them. If you think a project is worthwhile, chances are a sizable chunk of your audience will too. Don’t be shy about pointing your followers to projects, but be sure to explain why that project is important to you and (if possible) how it relates to your own work. That way you’ll keep readers grounded in your own story while doing good for someone you admire.

For example, you should check out this Seed&Spark project to fund a short documentary on the New Orleans Sazerac. It’s being run by two good friends of mine in Atlanta and if you enjoy stories about, ahem, boozy culture as much as I do, then this tale of a cocktail from the Big Easy ought to be a winner. I can’t wait to see it.