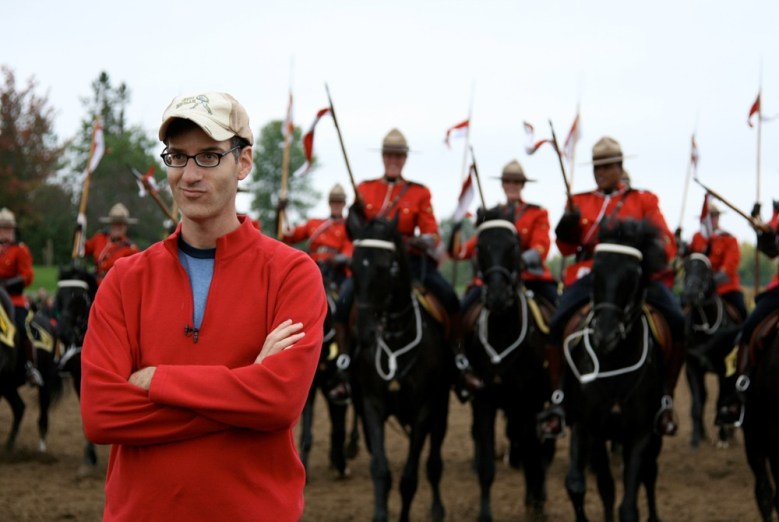 Telefilm Canada has launched the Canada Cool comedy tour, a new annual tour of critically acclaimed films not yet in American distribution but coming to the States in the fall.

The films, chosen by former MoMA film curator Laurence Kardish, consist of ten new works and two classics. The films will screen among the arthouse circuit across the country, but will open first in New York and LA. The organizers of the tour, along with its curator, hope that the tour will not only bring awareness of Canadian comedic influence to US audiences but also will expose American audiences to new independent films.

The Canadian comedy-focused series starts with the premiere of the documentary “Being Canadian” in New York and Los Angeles from September 18 to 25.

The lineup is below, with synopses courtesy of Telefilm Canada’s Canada Cool:

“Animal Project”
Dir: Ingrid Veniger
A refreshing and engaging description of an acting school exercise that goes terribly wrong and horribly right by Ingrid Veninger, the prolific and passionate indie filmmaker. The film is simultaneously as touching as it is hilarious.

“Asphalt Watches”
Dir: Shayne Ehman, Seth Scriver
A raunchy, crude and wholly inventive animated feature computer drawn by two visual artists describing the aborted cross-Canada road trip attempted by two creatures of amorphous and demented shape. The film won Best Canadian First Feature at the Toronto International Film Festival and was also was part of TIFF’s Canada’s Top Ten Film Festival, both in 2013.
“Bang Bang Baby”
Dir: Jeffrey St. Jules
Maybe the most eccentric musical ever to come out of well, anywhere. A bang-up melodious mash-up of 50’s horror movies, teenage angst, and young love, this genre-defying comedy won the Best Canadian First Feature at the 2014 Toronto International Film Festival.
“Fathers and Guns” (“De Pere en Flic”)
Dir: Emile Gaudreault
From the whizz-bang opening credits to the happily satisfying ending this Quebec box-office phenomenon about Montreal mobsters, sleazy lawyers, cops in hot pursuit, and dads with angry lads is a delightful firecracker of a comedy.
“Henri Henri”
Dir: Martin Talbot
In a convent sold for development a young man, the building’s light bulb changer, suddenly and unexpectedly appears. How Henri Henri adapts to life outside is the charming subject of Martin Talbot’s original debut film inflected with the magical whimsy of a Wes Anderson film.
“Relative Happiness”
Dir: Deanne Foley
Happiness may be relative to an otherwise confident but oversized young woman (Melissa Bergland, Best Actress Award, 2014 L.A. Comedy Festival) with two beautiful sisters, but when she becomes infatuated with one of her studly B&B guests trouble follows in the paradise seaside setting of this winning romantic comedy.
“Songs She Wrote About People She Knows”
Dir: Kris Elgstrand
Carol, already on medication, not only writes nasty songs about people she knows but she sings them over the people’s answering machines. Wrong move, especially when her boss, Asshole Dave, reacts in an unexpected way. Not a romantic comedy, but a stunningly fresh look at how art affects life. Winner of the Grand Jury Prize, New Directors Competition, Nashville Film Festival 2015.
“Sunflower Hour”
Dir: Aaron Houston
An award-winning ribald ‘mockumentary’, about puppeteers auditioning for a children’s television program produced by a lapsed pornographer, is a biting satire about the business of making of ‘reality’ shows in this “cheerfully non-PC mockumentary” (Variety).
“Two 4 One”
Dir: Maureen Bradley
A smart first—a perky, positive and delightful West Coast transgender romantic comedy about a most inconvenient pregnancy. A Telefilm Canada Micro-Budget Production Program project.
CLASSICS SELECTION

“Crime Wave”
Dir: John Paizs
Fellow Winnipeger Guy Maddin, before making his own films, was a buddy of, and appeared in some of John Paizs’ shorts. Audiences of the new restoration of Paizs’ undistributed but weird, wonderful and totally wacky 1985 feature, Crime Wave, may or may not see his influence on Maddin but they will certainly enjoy one of the most original films ever made about writer’s block. Restored print of Crime Wave, which was a TIFF Cinematheque presentation at the 2014 Toronto International Film Festival, courtesy of Library and Archives Canada and Entertainment One.

“The Decline of the American Empire” (“Le Declin de l’empire americain”)
Dir: Denys Arcand
The celebrated and witty prequel (by 17 years!) of Canada’s only Oscar for Best Foreign Language Film, The Barbarian Invasions, imagines a day and night in the country spent by a group of academics and one motorcyclist who cook for, argue with and go to bed with one another, some sequentially, as they discuss briefly their neighbor to the south. The film had its world premiere at Cannes 1986 in the Directors’ Fortnight, was nominated for the Academy Award for Best Foreign Language Film in 1987, and was ranked twice by the Toronto International Film Festival as one of the Top 10 Canadian Films of All Time (1993 & 2004).

This Article is related to: News and tagged Canada, Festivals, Telefilm Canada