Daily Reads: A Career View of Pixar's Filmography, The Evolution of Channing Tatum, and More 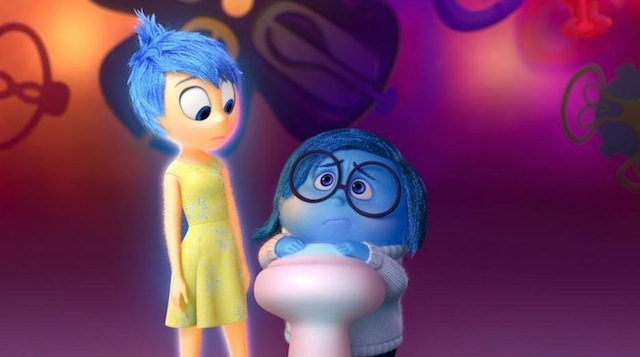 1. A Career View of Pixar’s Filmography. It’s been 20 years since the release of Pixar Studio’s first film “Toy Story,” and since then they’ve released a series of critical and commercial hits. For the Dissolve’s Career View feature, Noel Murray explores Pixar’s history and filmography, and how their films concern heroes banding together to solve problems of universal and personal importance.

But with the release of Pixar’s second feature, “A Bug’s Life” — and the critically and commercially successful classics that followed over the next decade — Lasseter and his most trusted collaborators started to establish their own sensibility, distinct from their work’s visual style. Pixar films are known for their technical innovation, wit, and attention to the small details of character and storytelling. The studio approaches the more abstract mechanics of moviemaking — like how to hook an audience, or how to make them laugh or cry — the same way they’d approach the question of how to make a raindrop look realistic. A sizable number of Pixar’s features have plots where the heroes have to get to a place or accomplish a task in order to fix something important. That’s an organic byproduct of the company’s problem-solving foundation. The writers and animators analyze the shifts in human emotion and motivation with the eyes of tinkerers fascinated by the guts of a machine.

2. Why Can’t Sad Be Fat? Speaking of Pixar, their newest film “Inside Out” has produced plenty of great critical writing. Joni Edelman’s piece for the Huffington Post about how “Inside Out” apparently “fails” at body positivity is not one of them. First of all, she readily admits she hasn’t seen the film, which gives any reader the right to ignore her opinion, but then she goes on to project the same ignorance presented in the film. RogerEbert.com’s Olivia Collette analyzes why Sadness is necessary, and why it’s okay she’s “fat.”

Posing the question as she does, Edelman unwittingly suggests that fat is bad, ergo so is Sad. There are a couple of interesting things going on there. Firstly, if she’s a body-positive activist, I wonder what led her to assume that the fat character is a bad one. Not in an evil way, of course, but at least in a way that’s not as uplifting as Joy. Edelman names other animated movies that she feels did well in terms of feminist and body-positive representation. We’re not there yet, but our movies are indisputably progressing. So why did Edelman assume “Inside Out” had undercut its fat character just because she also happened to be sad? Secondly, had Edelman watched the film, she would know that she projected exactly the same kind of prejudices Joy imposed upon Sadness.

3. Male Stripper to Movie Star: The Evolution of Channing Tatum. “Magic Mike XXL” is in theaters this week, and it features another dynamic performance from Channing Tatum. Tatum’s career has been interesting to track, and watching him evolve into a capable actor has been fun to watch. Over at Rolling Stone, David Ehrlich takes a look back at Tatum’s career and his evolution from stripper to actor.

In August 2009, the guy who had once hired Tatum to perform at a now-defunct Florida strip club sold a video to “Us Weekly.” Watch the clip, and you’ll see a lean young man called “Chan Crawford” gyrating on a stage in front of a banner that reads: “You have to see to believe.” Women scream with delight from behind the camera. Tatum’s public relations team was reportedly horrified. The actor himself, on the other hand, took the whole thing in stride. “I had wanted to tell people,” he would later insist in this immortal GQ profile. “I’m not ashamed of it. I’m not a person who hides shit.” No kidding. Not long after that, Tatum put his money where his mouth is, and — with a kick in the ass from Soderbergh — found himself producing, starring in, and co-financing a movie about the eight months he spent as a police officer in tearaway pants. And just like that, his nature started to become his brand.

4. Too Much “Star Wars” and the Plight of Bad Exposition. Marvel’s newest “Star Wars” comic fills in some backstory between “A New Hope” and “The Empire Strikes Back.” Uproxx’s Mike Ryan explains why he hates bad exposition and when so much “Star Wars” is just too much.

I hate bad exposition. If I realize something is exposition as it’s happening, then it’s bad. Any time there’s a line of dialogue at the beginning of a movie that goes something like, “Come on, baby sister,” I cringe, mainly because no one talks like that. No one has to point out that their younger sister is, in fact, their younger sister… especially to their younger sister. It’s also a bit insulting to the audience to assume there’s just no other way anyone would pick up on this relationship, so it becomes, “I guess we’re just going to have to tell these numbskulls.” It’s lazy. Not everything needs to be explained. We still don’t really know what the Kessel Run is from “Star Wars,” and we are better for it. Like a lot of people my age, I was exposed to the original “Star Wars” when I was young. People talk a lot about how the first time they saw “Star Wars”: they were swept up into this magical world and how it felt all all-encompassing. The hero’s journey of young Luke Skywalker, longing for something more, coupled with the groundbreaking special effects, are usually what’s (deservedly) cited as the reasons for its appeal; the reason we kind of feel like we live in this world, too, while we’re watching. That’s all part of it, but the biggest key, for me, is that people in the world of the original “Star Wars” movies never explain much. They talk about things the way people in that world would probably actually talk.

5. We Have to Go Back: James Poniewozik on Re-Watching “Lost” With His Kids. It’s been over a decade since the “Lost” pilot aired and changed how we watch TV forever. For those who weren’t old enough to witness the phenomenon, it can feel like you’re missing out on a huge inside joke. Time’s James Poniewozik writes about his experience showing the series to his children and how he’s preparing himself for their potential disappointment.

Is the finale to a series its ending or its answer? Does a bad ending to a story retroactively overwrite the good? Is it possible for the end of a thing to be so terrible and heartbreaking that it would be better never to have experienced any of the joy and pleasure that led up to it?I don’t really care how my kids come down on “Lost’s” ending — but how they come down on that last question, I care about very much. I get that finales carry a lot of weight: we have so many wishes and rooting interests hanging on them. They need to answer questions and provide closure, to move you and thrill you and ratify your view of the story and your notions of justice. They need to “stick the landing,” a phrase I sincerely wish no one had ever applied to a series finale, not just because it misrepresents art but because it misuses the metaphor. A gymnastics routine, after all, is scored on every element; a wobbly landing makes a 10 into a 9.9, not a 0. That urge to hold up the “0” card once disappointed by a finale — screw you, “Battlestar Galactica!” go to hell, “Sopranos!” — feels like a philosophy of life, and a depressing, defensive one. It says: “I will not be made a sucker.” I will not be made to waste my time. I will not risk giving myself over to a story to find out, in the end, that I was “wrong.” That’s no way to watch; it’s no way to live. Life is a succession of extended, serial experiences that start with a lot of promise but can always end badly. Marriages. Careers. A major league sports season ends with every team losing but one. Life itself is a multi-episode series that will eventually lead to a finale that you may find drawn out and unpleasant.

6. James Horner’s Underrated Scores. Acclaimed composer James Horner tragically passed away recently, and many people have been paying tribute to his work. RogerEbert.com’s Jessica Ritchey examines some of Horner’s most underrated film scores.

James Horner died on June 22nd at 61, leaving behind an incredible body of work. Numerous tributes covered his biggest assignments: “Titanic,” “Avatar” and “Aliens” for James Cameron alone; “Star Trek II: The Wrath of Khan”; “Braveheart”; and a wealth of affection for “Commando’s” mad Industrial Calypso sound. But in a career as remarkably prolific as his, there are some wonderful scores that deserve to be better known. The late seventies into the early eighties was Disney’s “dark period.” The studio, struggling to find a new identity, took a gamble on darker, scarier fare. Most were interesting misfires along the lines of “Watcher in the Woods” or “The Black Hole.” The most successful of the lot creatively, if not financially, was the 1983 adaptation of Ray Bradbury’s “Something Wicked This Way Comes.” The film is charming, eerie and a fair adaptation of the book. Horner’s score seems to have sprung directly from its pages. The main title’s whirling loops of strings herald the evil arriving into town. The music then unravels into the gentle childhood idylls that evil will try to destroy. Horner’s score is the sound of the snap in the air, the crinkle of trick or treat bags brushing against coats, and the house you cross the street to avoid walking in front of. The score understands the core tension of the book, the pull between innocence and the darkness at the edge of town, and the wrenching moment when that innocence must be discarded to have any hope of defeating it. The end titles reflect the novel’s conclusion. Evil has been vanquished, for now, and there are still trees to climb, but those days too are ending. All signaled through a piercingly sweet, melancholy trill from a harmonica, like a memory already beginning to fade into its most essential, aching details.

The president has only tweeted 63 times. This is one of them. https://t.co/cpTtGG04t8