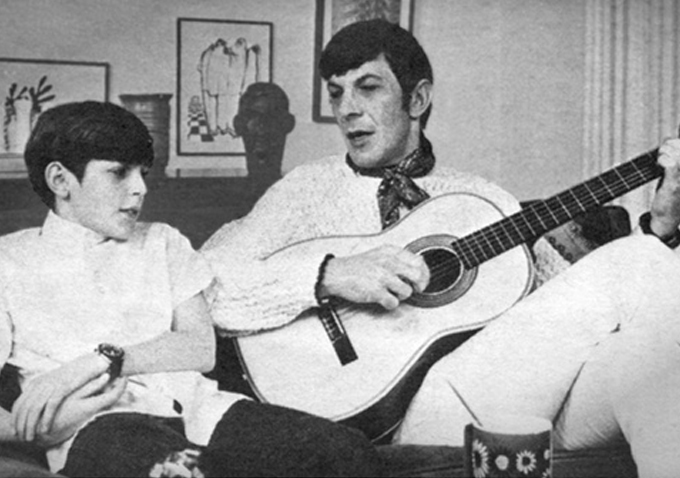 READ MORE: ‘For The Love of Spock’ Documentary Will Kick Off ‘Star Trek’ 50th Anniversary Celebrations

In just four short weeks, Adam, son of legendary actor Leonard Nimoy a.k.a. Mr. Spock, managed to rally more than 9,000 Trekkies to contribute $662,640 toward the production of “For The Love of Spock,” a documentary that will examine the origins of the iconic character originated by his late father.

The final amount raised surpasses the original fundraising target of $600,000.

Following the conclusion of the fundraising campaign (yesterday, July 1, was the last day), the younger Nimoy thanked the film’s supporters in a heartfelt note posted to the Kickstarter page, which you can read in its entirety below.

“For The Love of Spock” is slated to debut in 2016, timed to coincidence with the 50th anniversary of the original “Star Trek” series. 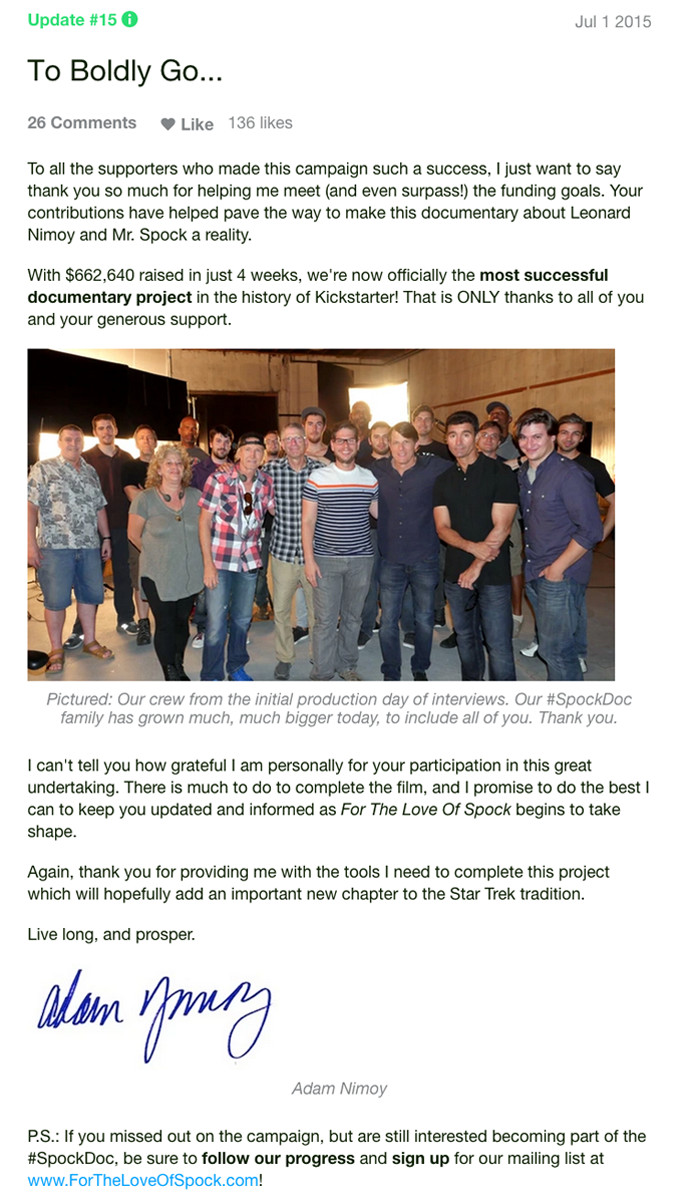 READ MORE: Remembering Leonard Nimoy, Who Was More Than Spock