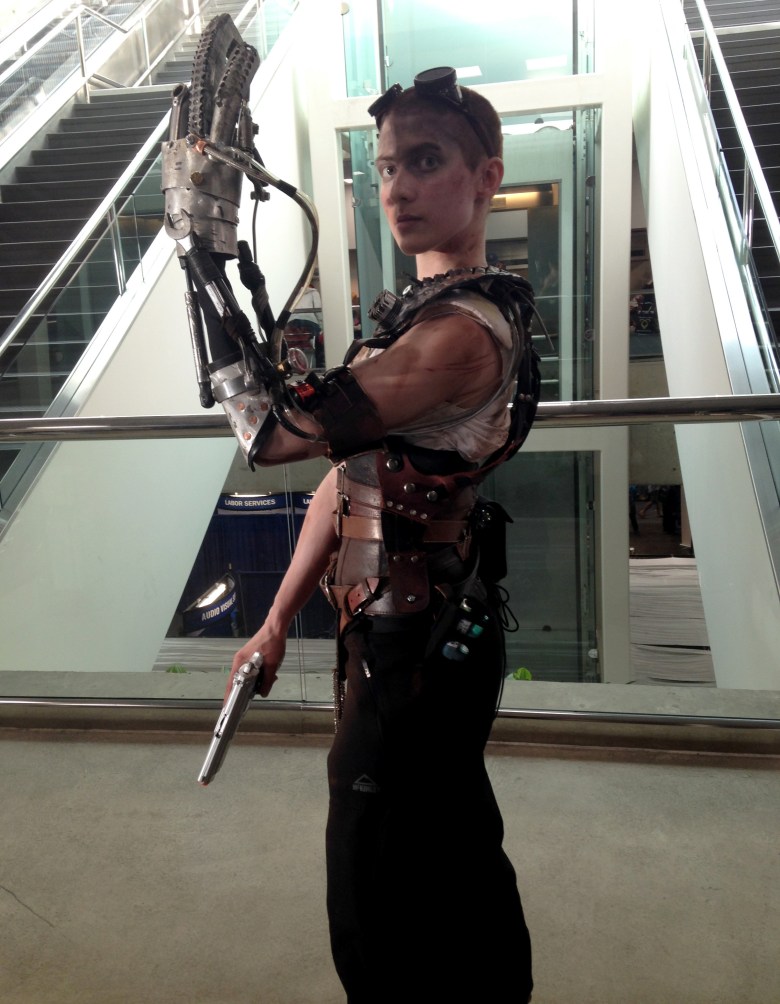 Comic-Con
carried me away this year — sometimes quite literally. As I exited Hall H on Sunday and was swept into a direction I didn’t mean to go by a wave of
thousands, I thought about my tenth year at
the convention. It probably wasn’t the best time to get contemplative. I was running on too few hours of sleep and not enough food and being jostled
by the crowds, but I couldn’t help it.
It had been was my best Comic-Con experience in recent memory — and due in no small part to a strong feeling of girl power.

I’ve
never really noticed the disparity between the numbers of men and women attending
Comic-Con, and as I gazed across the faces shuffling through the exhibit hall, that
remained true. But a shift I did see in the attendees was more little girls than
ever in costumes. In past years, the young girls in cosplay gear mostly wore costumes depicting male characters. That still happens, and it’s
great, but it seems like more of them are requesting different characters and
asking their parents to help them make costumes from scratch. They dress as
Captain America, wear homemade Elsa gowns, carry pint-sized bows like Katniss and
don Princess Leia buns. 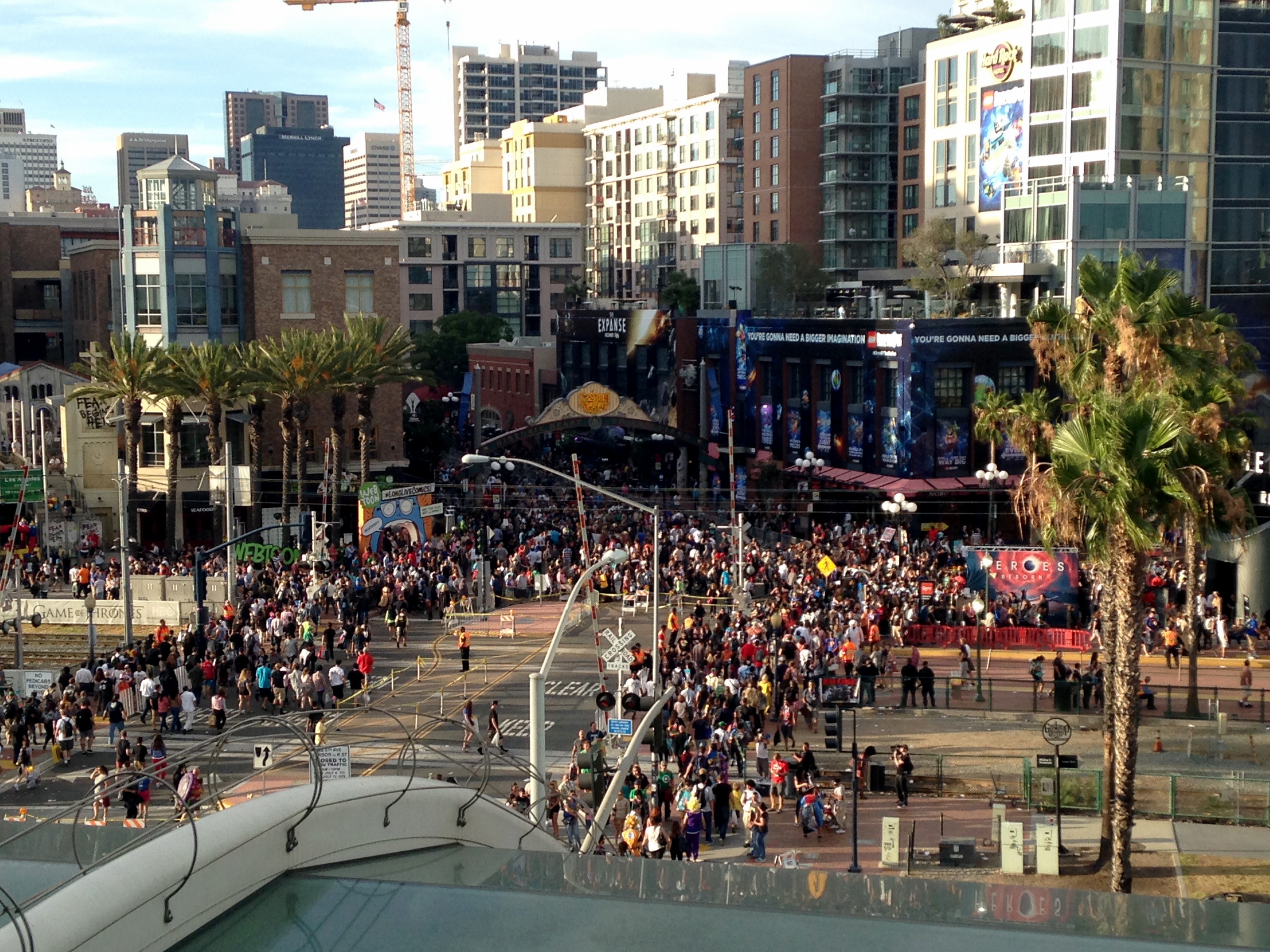 And
then there’s the merchandising. While it’s often a struggle to find action
figures depicting female characters, more and more licensees are making
products targeted towards the female fan base. Obviously, all products are for
both genders — I’m just as likely to purchase a “Star Wars” purse as
I am a sixth scale “Pacific Rim” statue — but it feels like to progress to see more t-shirts cut to fit a woman’s body. Five years ago, I would have
had to make my own Darth Vader dress, but these days, I can choose from several
options. Ashley Eckstein’s Her Universe helped push that market forward, and
now the fashion line hosts a highly attended geek haute couture fashion show during
the convention.

Women
were strongly represented on panels throughout the weekend, too. I attended a
smattering of television panels and was pleased by the ratio of women to men
seated on stage. “The Shannara Chronicles,” based on a book by Terry
Brooks, has two female leads and one male lead; “Agents of S.H.I.E.L.D.”
has an almost evenly split cast, and the big arc of the previous season was
about a woman; both “iZombie” and “Agent Carter” star women
— you get the idea. The overall landscape is far from being level and that’s
not OK — many panels featured only white males — but progress is being
made. The whole “getting there slowly but surely” attitude is easy to
write off because it sounds placating, but in the genre corner of entertainment
represented at the convention, I’m seeing forward steps. 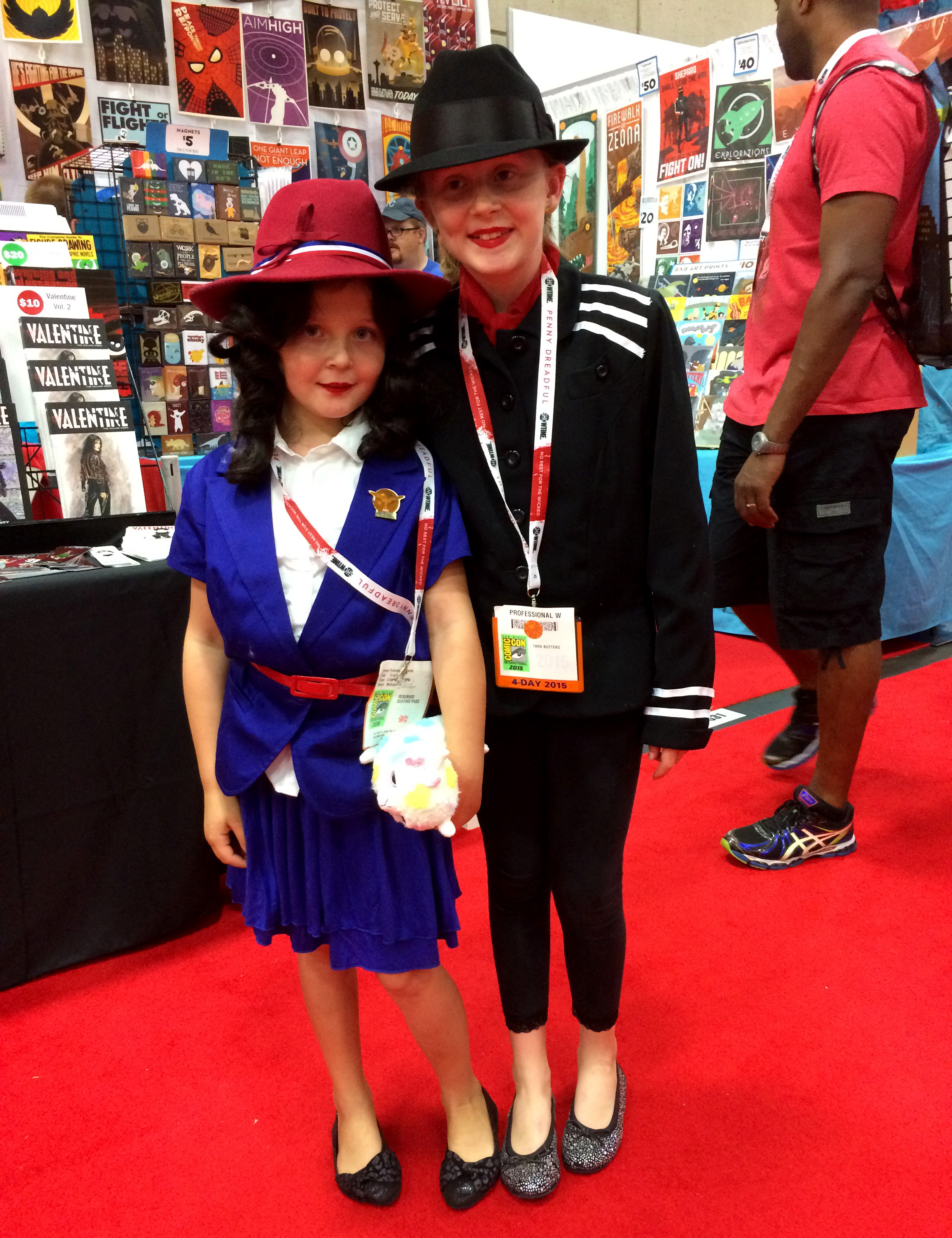 Encouragingly, creators and actors are recognizing and discussing issues
with gender representation. Whether studios like it or listen to them is
another matter, but people behind the scenes and in front of the camera are directly addressing feminist topics rather than sweeping them under the rug. Guillermo del Toro discussed the damsel-in-distress problem and the need to flip it
during the panel for “Crimson Peak,” while the all-female line-up for
Entertainment Weekly’s Women Who Kick Ass panel talked about equality and
empowerment. “Agent Carter” showrunners Tara Butters and Michele
Fazekas touched on the feminist aspects of their series. Bringing attention to
the hurdles and how we’re managing to jump over some of them can only
help.

Comic-Con
only showcases a slice of the industry, but it’s still a juggernaut. And the science
fiction, fantasy and superhero genres have historically not been very good at
bringing diversity and balance to the playing field. Look back at stories like
“Lord of the Rings” or the original “Star Wars” trilogy.
Few women are present in either of those sagas. If you flip over to comics,
women were often just the love interest or stuffed in refrigerators, their actions merely serving to further the development of the male protagonist. But now, we
have characters like Katniss Everdeen in “The Hunger Games,”
Imperator Furiosa in “Mad Max: Fury Road,” Kamala Khan in “Ms.
Marvel” — the list goes on. And it’s a longer and more varied list than I
would have dare hoped for when I went to Comic-Con for the first time ten years
ago. I look forward to seeing how things will change in another ten years.