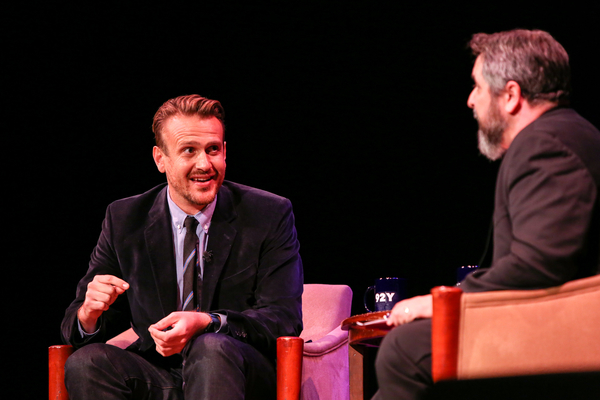 With the release of James Ponsoldt’s acclaimed “The End of the Tour” this weekend, star Jason Segel joins the ranks of popular comedians who have successfully transitioned to powerful dramatic roles. Following iconic author David Foster Wallace as he’s joined by Rolling Stone reporter David Lipsky (Jesse Eisenberg) on the last few days of his “Infinite Jest” book tour, the indie has earned Segal the best reviews of his career for effortlessly sinking into Wallace’s conflicted shoes.

Currently on a press tour of his own touting the release of the upcoming drama, Segel joined Rolling Stone’s David Fear at 92Y in New York City to discuss the challenges and liberation of playing one of the most influential literary figures of the 20th century. As Fear made note of in his introduction, the actor best known for playing “lovable screen bros” and “stunted, lovelorn man children” probably wasn’t the first name many had in mind to take on the role of Wallace, but the finished product confirms otherwise.

Read on for some of the highlights from Segel’s humorous and introspective discussion:

His first experience reading Wallace is a hilarious memory.

Although Segel had read excerpts from the novel prior to being cast, his first full reading of “Infinite Jest” took place while researching for the role. “When I went to go buy it for the first time to get ready for this movie, there was a real ‘Ghost World’ kind of a girl behind the counter,” he said to huge laughter. “I set it down and she literally rolled her eyes at me and said, ‘Ugh, ‘Infinite Jest,’ every guy I’ve ever slept with has an unread copy on their nightstand.'”

Speaking more seriously, he said, “He was a guy who was so forward-seeing about what technology was going to become and how what was ultimately going to connect us would dehumanize us. My experience with reading it is by the time I finished it, I felt how you feel after you go for a jog. I don’t really know what that’s like, but you feel like, ‘Oh, I just did that.'”

The script arrived at a moment when Segel was looking for change.

Ponsoldt actively sought Segel for the role, and the actor first took a pass at the script while on a flight to Boston. After the success of “Forgetting Sarah Marshall” brought him numerous roles that capitalized on similar boyish charms, Segel, now 34 years old, was at a point in his life where he was reevaluting his career choices and seeking something different.

“By the time I was 33, I was starting to feel my interior life wasn’t matching what I was putting on screen. I was feeling a real pull,” he said. “I put out into the ether a decision. I wanted to do something different. I needed to make a change. If I’m going to do this for 50 more years, it has to be reflective of what I’m feeling.”

Talking with Ponsoldt a few weeks later solidified this was the career move he was looking for. “Not since [working with] Judd Apatow when I was 18 years old have I felt like somebody saw something in me that I didn’t even see in myself, or things that I privately hoped about myself but I thought would never be acknowledged,” he said of the director. “He said as early as my work on ‘Freaks and Geeks’ that he thought he saw something sad behind my eyes. I asked him why he thought I could be good at it, and he said, ‘Because one of the pitfalls of a movie like this is that David Foster Wallace becomes deified and you put him in such a rarified air that you lose perspective on the importance of the man he was.'” In Segel’s hands, Ponsoldt was sure that wouldn’t happen.

Segel related to Wallace from one writer to another.

“One of the things I know about writing is it’s very, very lonely,” the actor said. “You have no reason to think about it unless you write, but everyone of those pages is a night where you say, ‘No, I can’t meet you for dinner.’ And that’s not a small thing. For me, a screenplay is three months or six months of saying, ‘No, I can’t go do that fun thing.’ And ‘Infinite Jest” is 1,000-plus pages, and that’s so many nights of, ‘No, I can’t,’ and that’s such a long time to labor that way under the belief that what you’re writing is going to be worth it.” 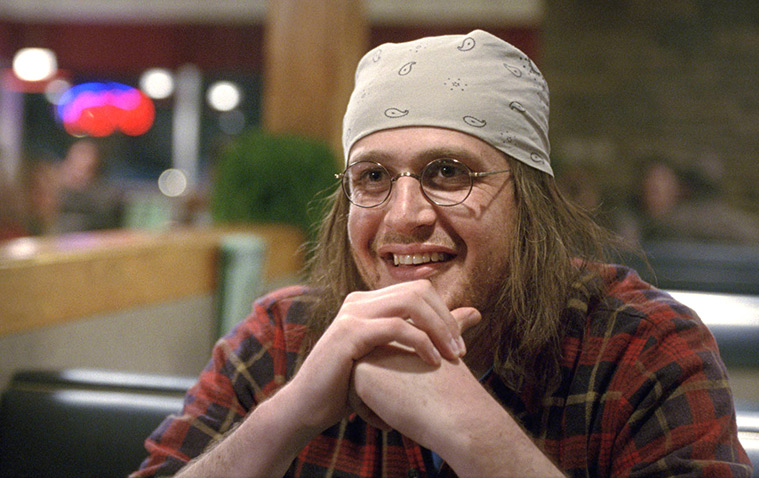 Segel paid no attention to fans doubting he could tackle the role.

“I stopped looking at the internet three years ago,” he said. “Around when I stopped is when I saw things on the side of like news organizations that said ’10 Celebrities With Fat Husbands.’ I decided that’s not going to make me feel good. I’m being serious. I feel bad for the celebrity, but I feel really bad for the consumer, for the person who decides they’re going to devote any amount of time to this and get this moment of rush where they feel good…When I stopped looking at the internet, I stopped investing myself in things that didn’t make me feel good about what was immediately happening in my own sphere.”

Taking the role was no doubt a daunting task, and while Segel’s biggest worry was that he’d create a sketch or impression, just as he used to do in his comedy work, he was able to cut to the core of his character’s journey by capitalizing on his own experiences during press tours. “I’m on a press tour right now, and I’m a different person on this press tour than I was on ‘The Muppets’ press tour, and neither of them is a lie,” he explained. “It’s a function of what you’re thinking about daily. I’m not walking around everyday thinking about childlike wonder and what’s my favorite Muppet song, so I’m in a different mood on this press tour.”

As he was buying a copy of Wallace’s novel, Segel asked the cashier how long it would take to get through it fully on the first read. The question spawned the worker behind the counter to consult his fellow employee in the back, and thus began the foundation of an “Infinite Jest” book club that would help Segel prepare and research the character. “It was the coolest experience I’ve had as an adult,” Segel said. “One of the things that really stuck out to me is that you can certainly talk about the plot — because there is parts of it that is tricky to wrap your head around — but you end up talking about really central themes of dissatisfaction.”

Peter Sellers proved to him that comedy isn’t the end of the road.

In a humorous ode to his transition from comedic actor to dramatic heavyweight, Segal said, “I am fascinated by Peter Sellers. He is my idol. ‘Being There’ blew it open for me. I had seen ‘The Pink Panther’ and I had seen ‘The Party,’ and I loved his performances in them, and then I saw ‘Being There’ and thought, ‘Oh, you don’t have to define yourself. You can do anything.’ That was big for me.”

“The End of the Tour” opens in select theaters this Friday.

This Article is related to: Features and tagged 92nd St. Y, James Ponsoldt, The End Of The Tour