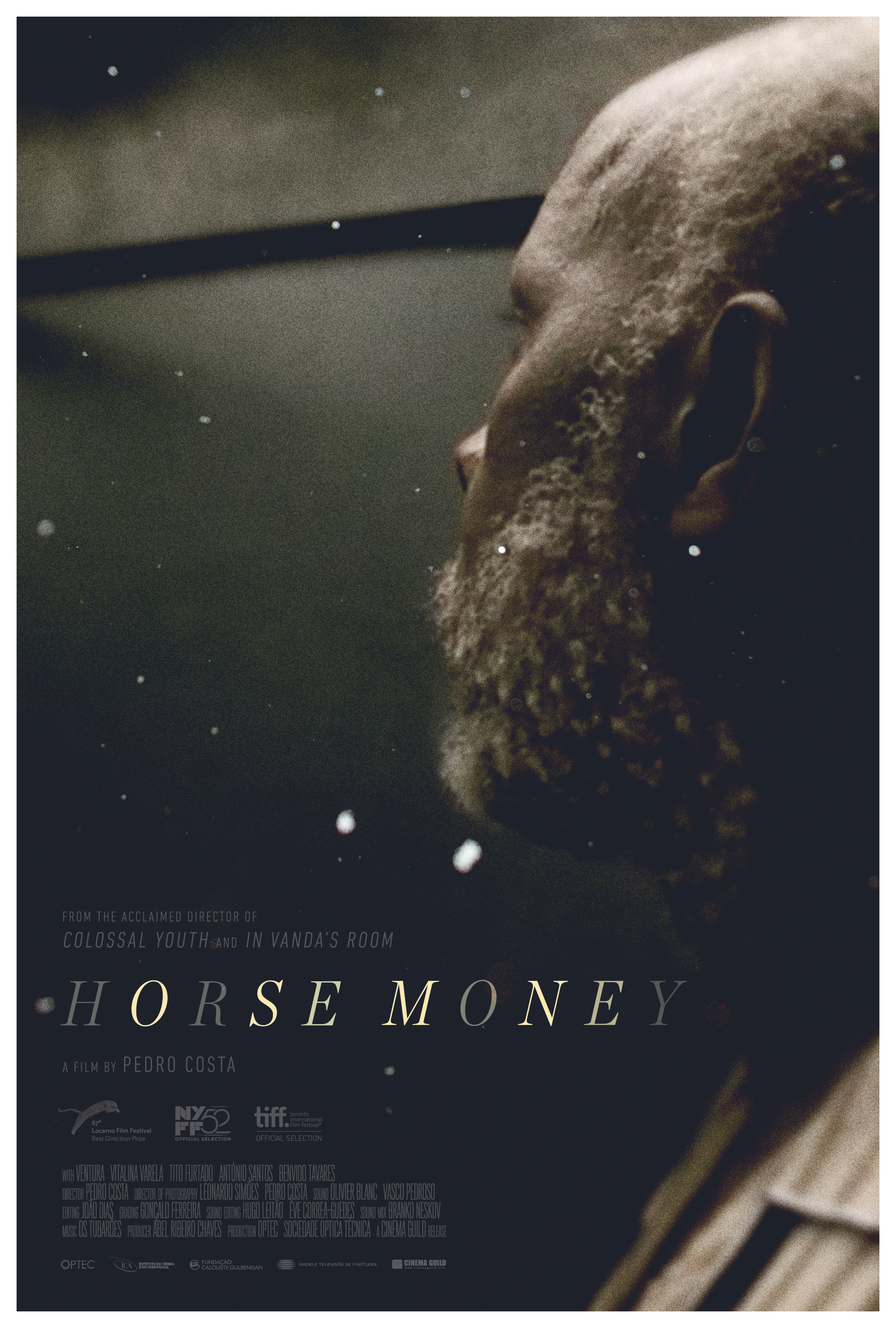 Pedro Costa, the acclaimed Portuguese director of “In Vanda’s Room” and “Colossal Youth,” is retuning to theaters later this month with his new drama, “Horse Money.” The film won Costa the Best Director Prize at last year’s Locarno Film Festival. To mark the upcoming release, distributor Cinema Guild has released a gorgeous new poster for the film.

The official synopsis reads: “‘Horse Money’ is a mesmerizing odyssey into the real, imagined and nightmarish memories of the elderly Ventura, a Cape Verdean immigrant living in Lisbon. The time is now, a numbing and timeless present of hospital stays, bureaucratic questioning, and wandering through remembered spaces… and suddenly it is also then, the mid ’70s and the time of Portugal’s Carnation Revolution, when Ventura got into a knife fight with his friend Joaquim. ‘Horse Money’ is a self-reckoning, a moving memorialization of lives in danger of being forgotten, as well as a piercingly beautiful work of modern cinema.”

The film will be released in New York on July 24, a week after the start of the retrospective “Let Us Now Praise Famous Men: The Films of Pedro Costa” at the Film Society of Lincoln Center. Check out the poster above.

This Article is related to: News and tagged Horse Money, Pedro Costa, Posters