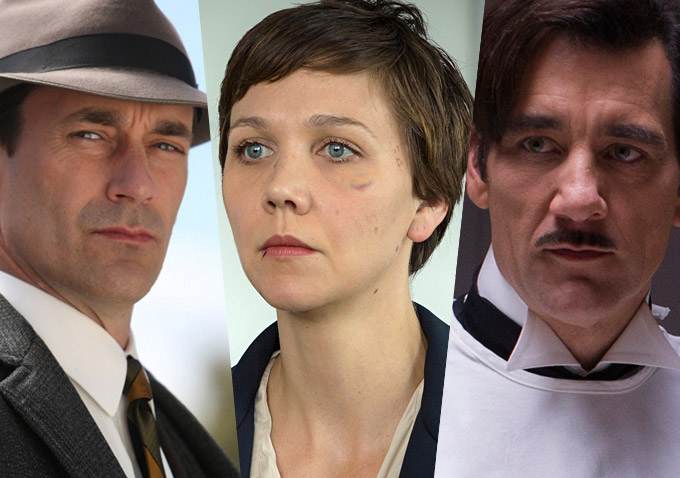 If you’re a movie-lover of a certain stripe and you’ve been feeling a certain itch for awhile, there’s probably one explanation: you’re also an awards-watcher, and you’ve been over four months without speculating on who’s going to win at the Oscars. Fortunately, the entertainment industry has you covered, because this Thursday will see the nominations announced for the 2015 Emmy Awards.

If you know anything about the Emmys, you know that, in terms of rewarding ongoing series, the awards electorate too often falls back on the same actors and shows long past a series their prime, respectively (*cough* “Modern Family”). It means that a lot of stuff gets overlooked, and we tried to highlight some of them in a piece last week.

But now, we’re 48 hours from the announcement, and our minds are turning from those who probably won’t get nominated to those who actually will. Below, you’ll find our predictions and reasoning in all the major acting and best show categories across the TV Movie/Miniseries, Comedy and Drama divisions. Agree? Disagree? Weigh in with your own predictions in the comments, and check back here bright and early Thursday to see how close we were. 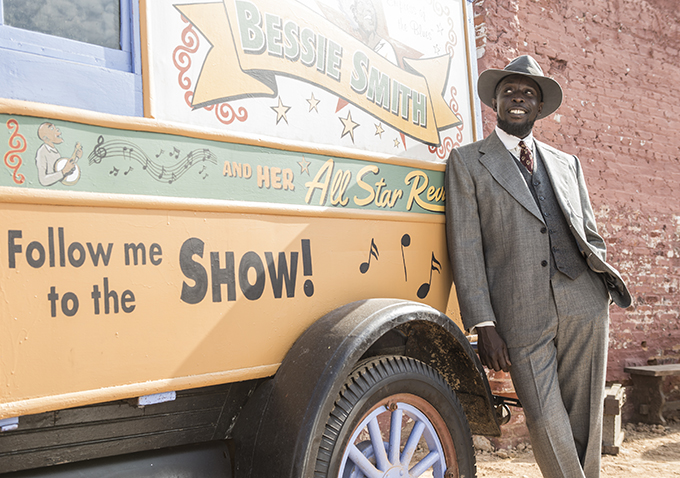 In a category full of veteran character actors getting a moment in the sun, Murray’s the obvious stand-out for his relatively brief role in “Olive Kitteredge.” Past that, veteran Pryce should edge just past co-star Damian Lewis for the BBC’s “Wolf Hall” (in part in recognition of his “Game Of Thrones” appearance too), while Chiklis will share the honors with colleague Wittrock. Completing the six is likely to be the excellent Rea for “The Invisible Woman,” though keep an eye on Michael Gambon in “The Casual Vacancy” as well. 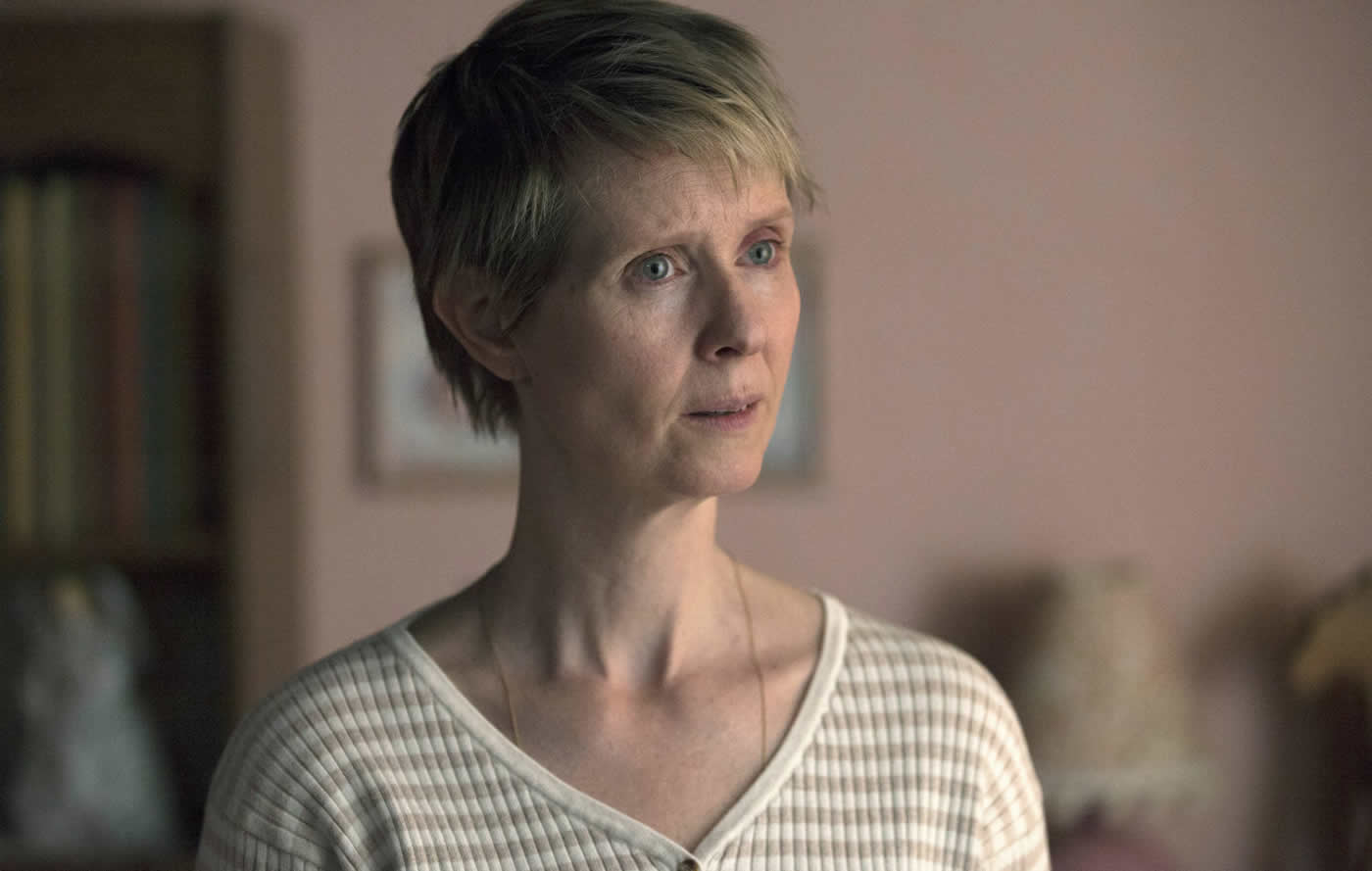 As ever, this year’s “American Horror Story” offers a lot of possibility here —playing twins probably gives Paulson an edge over Kathy Bates and Angela Bassett, but don’t rule out the others. Paulson could finally win, but still has competition from Mo’Nique, who could follow up her Oscar from a few years back with an Emmy. Beyond that, it’s wide open, but McTeer’s chilly supporting turn in “The Honorable Woman” should figure, along with two Lifetime movies from Nixon and Sarandon, and Foy from the BBC’s “Wolf Hall.” 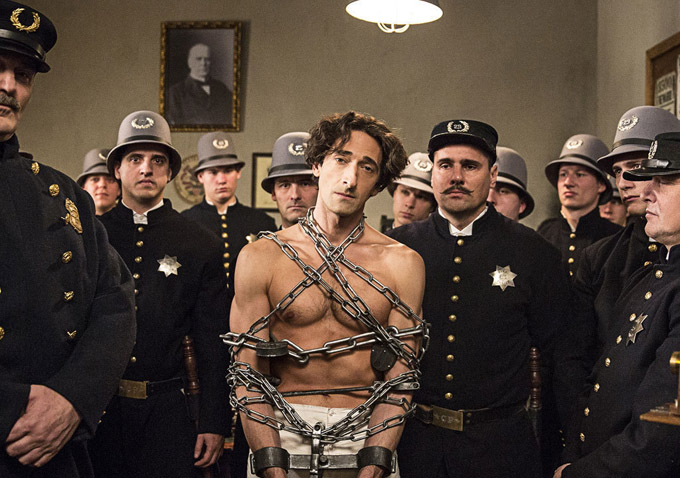 There’s more or less four mortal locks in this category: Oyelowo (whose film hit HBO at the last possible eligible moment), Rylance (Oyelowo’s main competition for the win), Jenkins and Brody. The final two slots are more open —Gervais could pop up again, as could Kiefer Sutherland for the “24” revival, or James Nesbitt for “The Missing,” but the safest best is Bill Paxton in “Texas Rising,” which hits that “Hatfields & McCoys” sweet-spot. 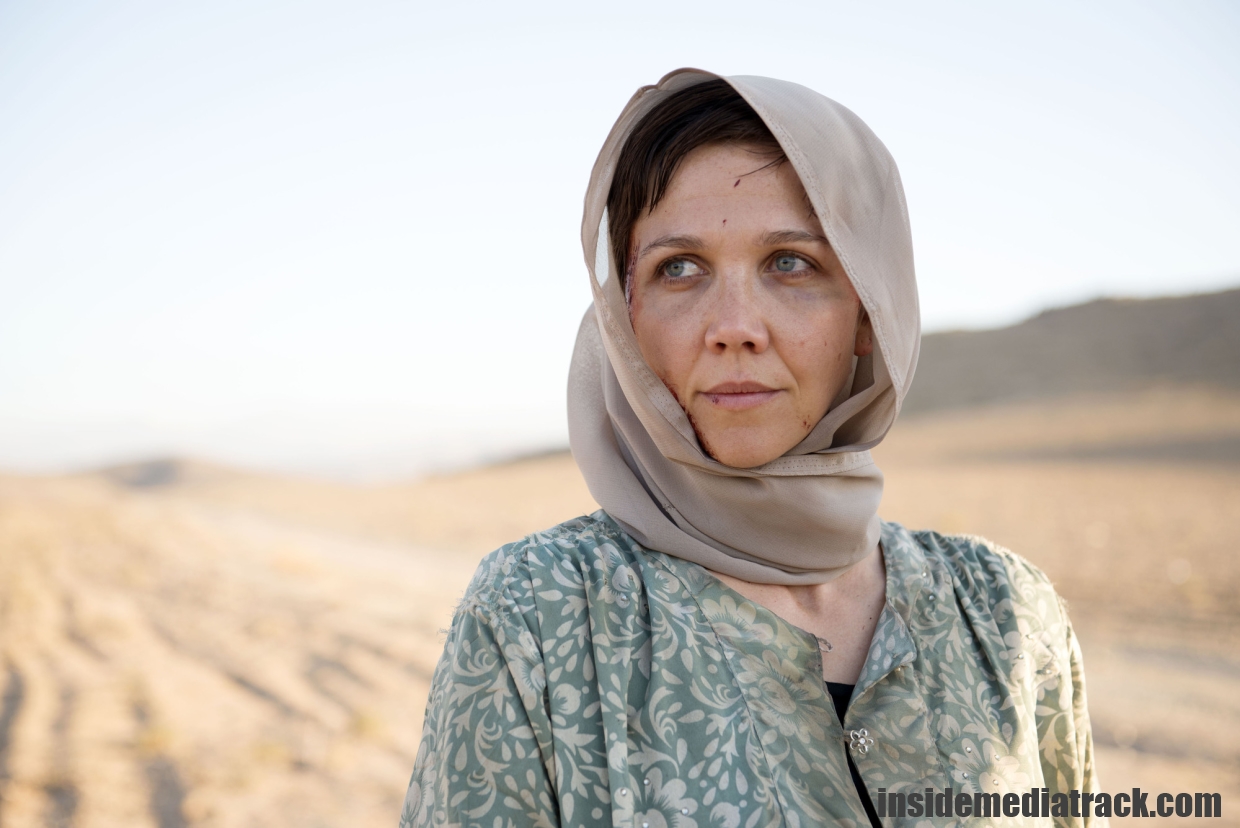 There are several of these actresses here who, in any other year, would walk this: Queen Latifah’s role-of-a-career in “Bessie,” McDormand’s in ‘Olive,’ and even Gyllenhaal’s in “Honorable Woman” are all strong contenders to win. Lange could even take it in her final year on ‘Horror Story.’ The final slots are more up for grabs (though we’re confident enough that Nicole Kidman won’t figure in for “Grace Of Monaco”…), with Huffman in “American Crime” and O’Connor from “The Missing” probably making it in. 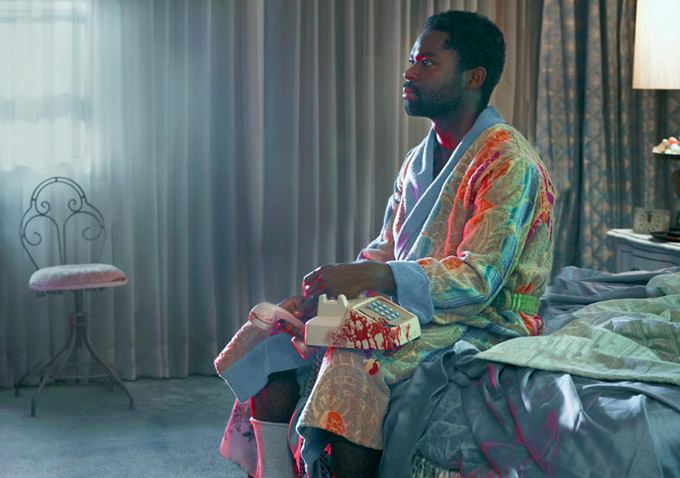 Splitting this category away from miniseries means there’s some slightly slim pickings, but it shouldn’t matter too much: “Bessie” will likely take this at a walk. HBO stablemate “Nightingale” will join it among the nominees, while hilariously-named National Geographic show “Killing Jesus” and the Sundance-approved “Stockholm, Pensylvannia” are in there too. For the final slots, the British “Poirot” series could make the cut, and any of Gervais’ last appearances as “Derek,” “A Poet In New York” and “Worricker” could also appear. 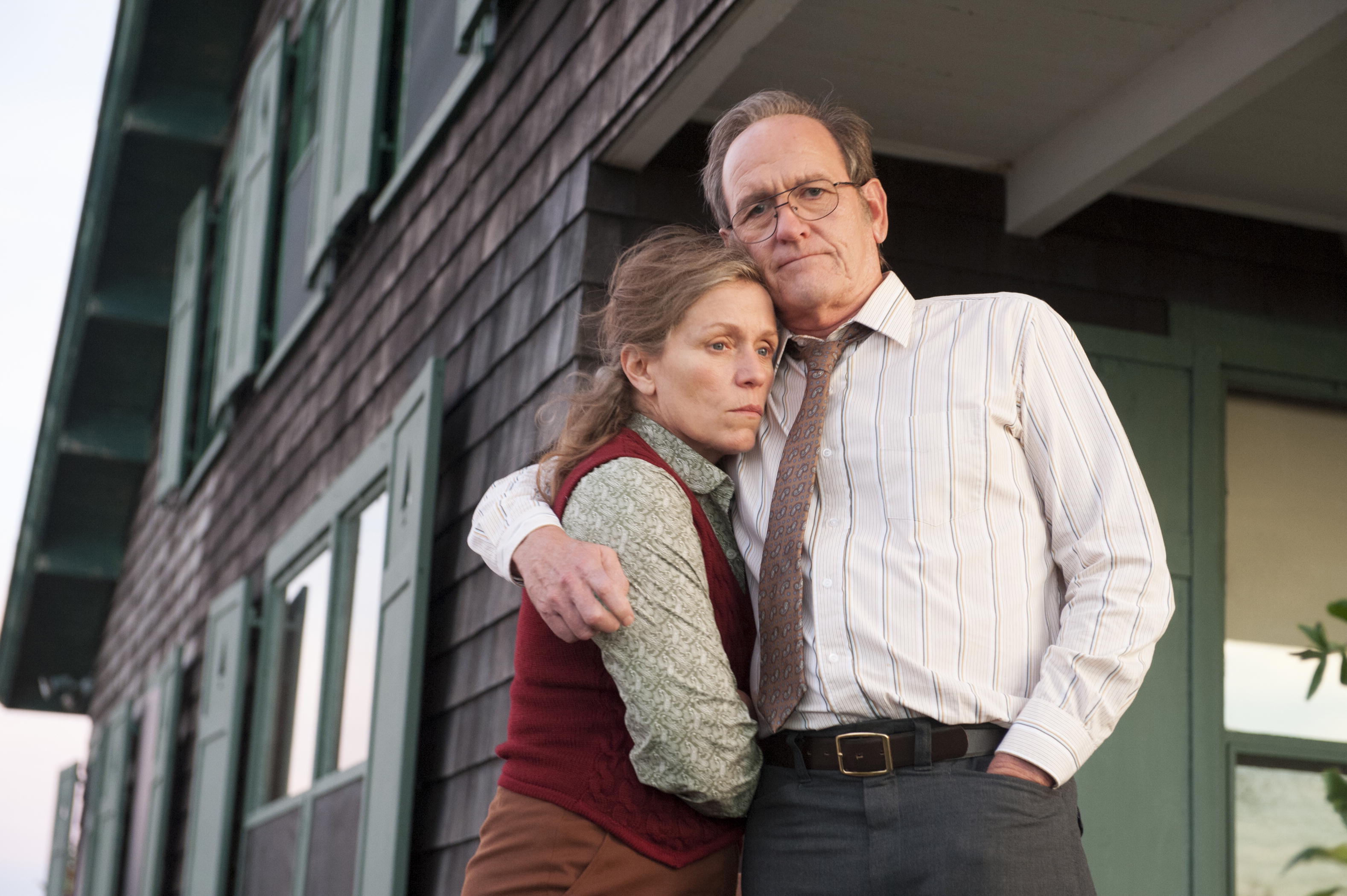 “The Honorable Woman”
“The Missing”

This year’s major rule change means that shows like “True Detective” and “Fargo” would likely appear here rather than in Drama, but neither of those big dogs are eligible this year. Instead, we’ll see Lisa Chodolenko’s masterful HBO miniseries, PBS’ historical drama, and Sundance’s provocative conspiracy thriller duking it out. Past that, there should be two Americans, “…Horror Story: Freak Show” and “…Crime,” and likely “The Missing” as well. 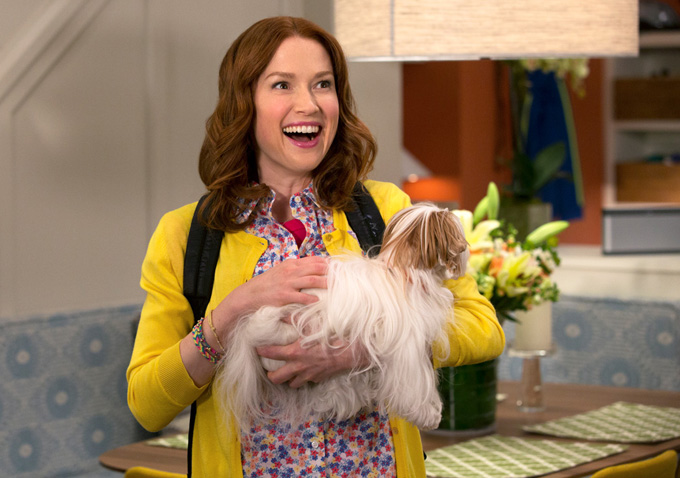 Only so much changes in the mainstream categories, as we’ll see, and while there are a few big potentials knocking on the door  —T.J. Miller in “Silicon Valley,” Hugh Laurie in “Veep,” Sam Waterston in “Grace & Frankie”— Waterston’s co-star  Sheen and “Unbreakable Kimmy Schmidt” breakout Burgess look most likely to crack the field, at the expense of last year’s Adam Driver and Fred Armisen. Beyond that, regular winner Burrell, his co-star Ferguson, Braugher and Hale should all return. Don’t rule out “Modern Family” staple Eric Stonestreet either. 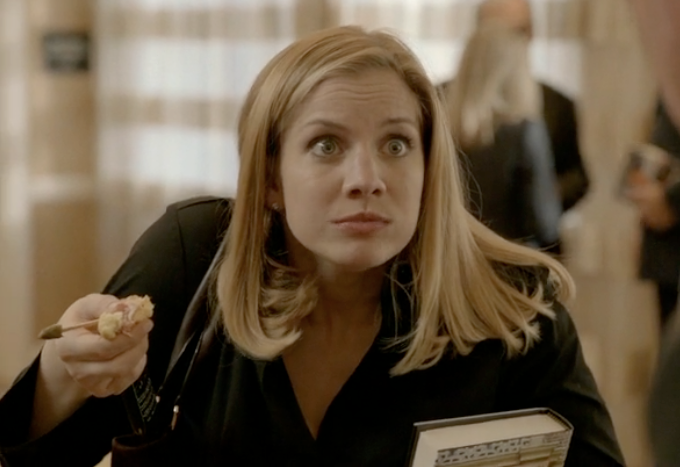 Expect even less in the way of change in this category: Janney (who’ll probably win again), Chlumsky, Bowen and Bialik are evergreen in this category. We think they’ll be joined by “Transparent” star Light, but we think a second nod on the trot for SNL-standout McKinnon will edge out ‘Kimmy Schmidt’’s Jane Krakowski. 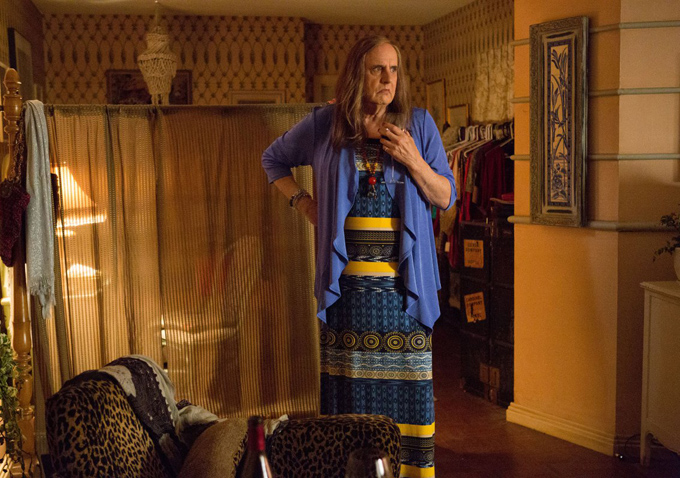 In a year with several heavyweight newcomers, it’s probably a good thing that Ricky Gervais is in the miniseries section this year, opening up a slot from last time around. Even so, with C.K, LeBlanc, Parsons and probably Macy more or less locked in, something has to give, and we suspect Don Cheadle falls away to make room for Crystal in “The Comedians” (no one appears to watch this show, but it seems to be up Emmy voter’s territories), and Tambor in “Transparent,” who could and probably will beat Parsons’ extraordinary run of wins. That said, Macy, LeBlanc or maybe Crystal could slip away in favor of Will Forte in “The Last Man On Earth” or possibly Anthony Anderson in “Black-ish.” 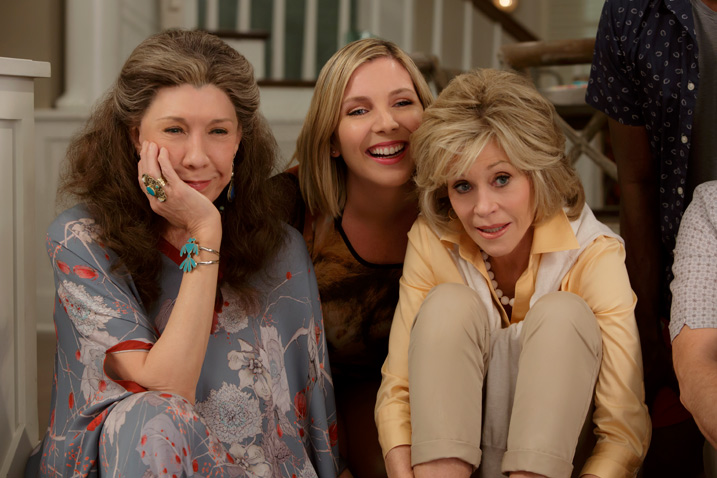 One of the strongest, toughest categories this year isn’t made any easier by “Orange Is The New Black” moving to drama, or the relative unlikelihood of Lena Dunham winning a fourth nod on the trot. Whatever happens, Louis-Dreyfus will return (and probably win), and Falco will join her, with Poehler likely, but not certainly, getting another too. Either or both of the “Grace & Frankie” leads could end up here, but we give Tomlin the edge over Jane Fonda, and Kemper should get a first nod as well. As for the sixth slot, Dunham, Fonda, Melissa McCarthy, Anna Faris and “Jane The Virgin”’s Gina Rodriguez are all viable, but we think Kudrow, nine years on for her last nod as Valerie Cherish, beats them all out.

Expanding this category to seven makes this a little simpler: despite challenges from “Jane The Virgin,” “The Comedians,” “Grace And Frankie” and “Black-ish,” this’ll essentially look the same as last year, minus the now-classified-as-drama “Orange Is The New Black,” and with “Transparent” and “Unbreakable Kimmy Schmidt” joining them. Easy! 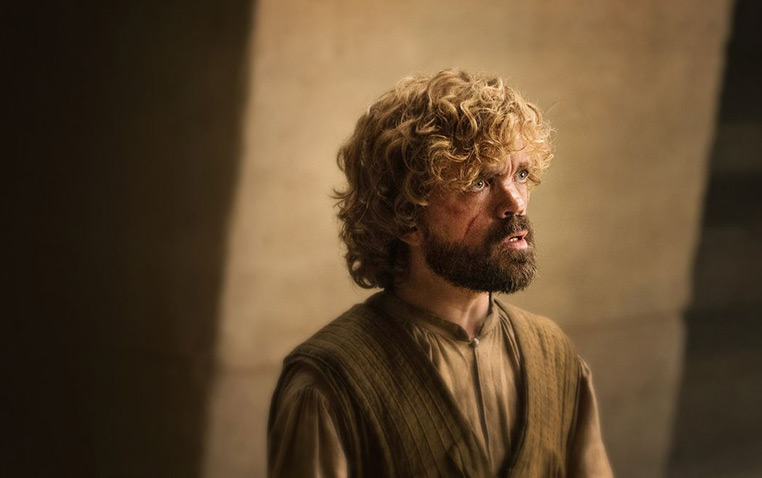 As with many of the dramatic acting categories, last year’s winner, Aaron Paul isn’t around (neither is Josh Charles for ‘The Good Wife”), but there are plenty waiting in the wings: Ben Mendelsohn, Kit Harington, “Scandal” star Joe Morton, even a potentially returning John Slattery. But sure to join the returning Dinklage, Patinkin, Carter and Voight (in descending order of likelihood of returning) is Banks, who could finally win the Emmy he deserved for “Breaking Bad” —the ep of “Better Call Saul” focused on Mike Ehrmantraut was practically an hour-long campaign video. The sixth slot is up in the air, but we think a deserved nod for Kelly in “House Of Cards,” the best thing in the show, is the best bet. 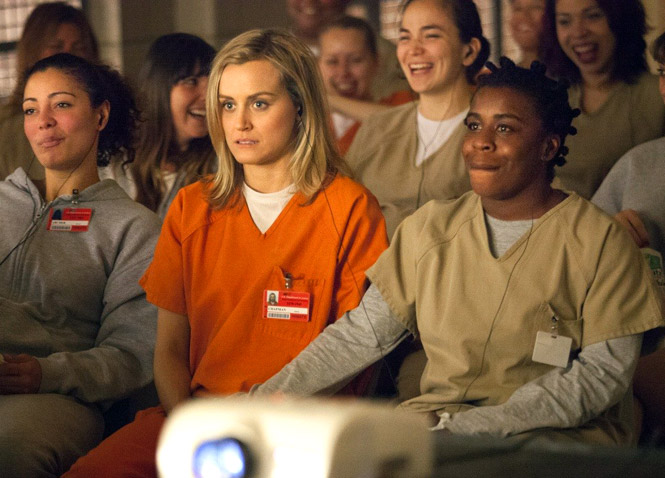 This category’s been thrown for a bit of a loop this year with the arrival of “Orange Is The New Black” in drama, introducing a whole host of new hopefuls who weren’t in play last year. The absence of Anna Gunn from “Breaking Bad” opens one door, which we think Aduba walks through, but something has to give with the other one. Headey had a bait-y season, and Smith and Hendricks should be safe. That means one of Christine Baranski and Joanne Froggatt could drop away, with “Bloodline”’s Sissy Spacek or one of the “Orange Is The New Black” actors ready to step in. Our money, just, is on Toussaint unseating Froggatt for this year. 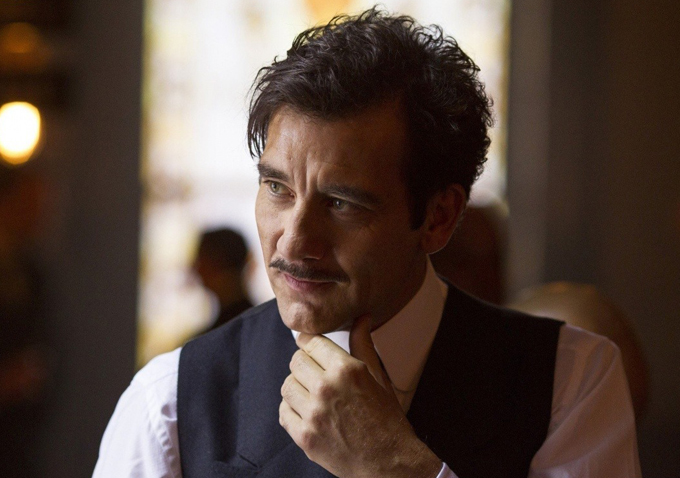 With three of last year’s nominees for this category ineligible —Bryan Cranston, Matthew McConaughey and Woody Harrelson— this is the rare Emmy category getting a major shake up this year. Hamm (who could finally win this time) and Spacey are both returning, but we think even Jeff Daniels, a winner two years back, could fall away, with the strong new contenders on the horizon: Odenkirk, Howard and Owen all feel very, very likely to get in the mix. As for the sixth slot, we could yet see Daniels, or Kyle Chandler from “Bloodline,” but we think West makes the cut for “The Affair.” 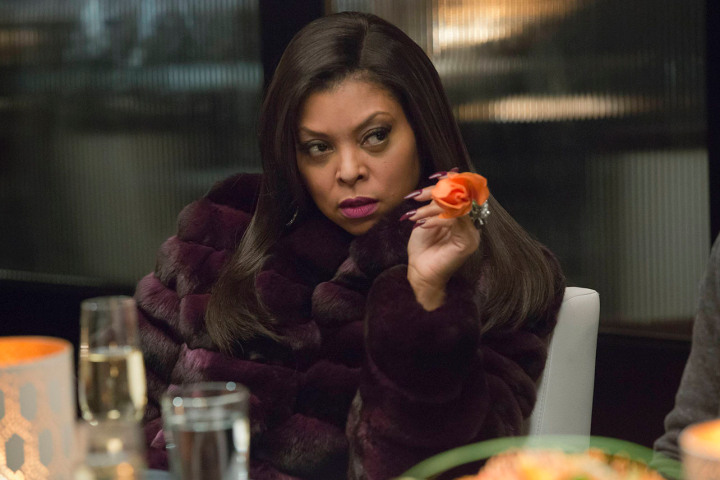 Viola Davis – “How To Get Away With Murder”

The actresses category doesn’t have the same degree of turnover this year —all the shows nominated last year are still on the air and eligible. That said, with some must-nominate newcomers emerging this year, we think that there’ll still be a big change in this category: there’s no way that Davis (the likely winner) and Henson miss out on nods. Danes and Wright will likely continue to be nominated as long as their shows are on the air, and we think last year’s winner Margulies makes the cut as well. For the fifth slot, Lizzy Caplan, Michelle Dockery and Kerry Washington, all nominated last year, are still very much in the mix, and we could see Elisabeth Moss and Taylor Schilling in too, but we think a Golden Globe win helps Wilson for “The Affair” to make pick up her first nod in this category. 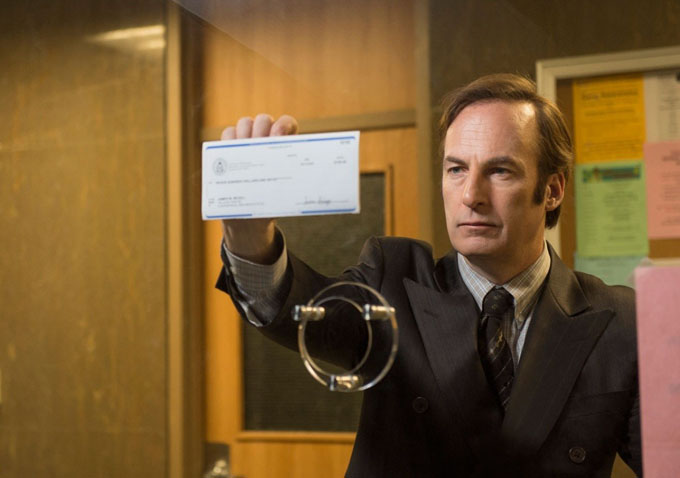 “Orange Is The New Black”

Even with the category expanding to seven and “True Detective” and “Breaking Bad” not around, there’s still going to be enough blood on the floor here that shows like “The Knick,” “The Americans,” “Bloodline” and “How To Get Away With Murder” are unlikely to figure in. ‘Downton, “Game Of Thrones,” “House Of Cards” and, for a final time, “Mad Men” are firmly ensconsed in the category, while “Orange Is The New Black” should survive its category shift. “Better Call Saul” will likely inherit the “Breaking Bad” slot, and that leaves one opening. “Homeland” missed out on a nod last year, and “The Good Wife” the previous three, so we think it’s more likely, given its massive ratings success, that “Empire” gets in over them.