Remembering When 'Entourage' Went to Comic-Con, 10 Years Ago 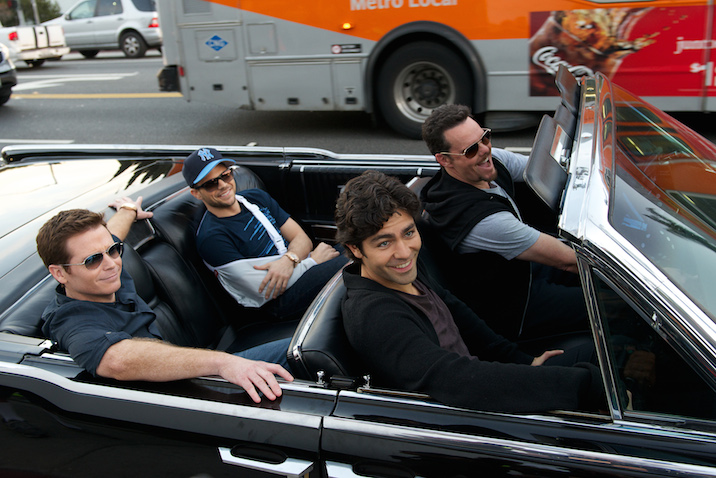 HBO’s maybe-dearly departed “Entourage” always had a shaky relationship with reality, which for the most part is understandable. It was meant to be at least somewhat escapist for its audience, selling the joys of bro-ing out with one’s bros, but it’s hard to fact-check the way the series represents the life of famous movie star Vincent Chase (Adrian Grenier) and his friends without, you know, being yourself a famous movie star. Since famous movie star Mark Wahlberg is a producer on the series, the assumption might be that it at least bears some resemblance to the truth.

READ MORE: Review: ‘Entourage’ the Movie Bros Out As Hard As the Series

But then you watch a thing like the Season 2 episode “I Love You, Too,” which aired in 2005, and all illusions of such a thing are shattered. Because I may not know much about famous movie star life, but I do know about Comic-Con. And wow did “Entourage” get it wrong.

For those who remember “Entourage” even vaguely, know that “I Love You, Too” takes place in the lead-up to Vince getting his career-defining role as Aquaman in James Cameron’s “Aquaman,” which is why the studio asks him to attend the annual celebration of all things nerdy. “They think these geeks can make or break a movie a year before it opens,” super-agent Ari Gold (Jeremy Piven) tells the guys, which was at that point in time a mindset starting to infect Hollywood.

Johnny Drama (Kevin Dillon) is already planning to go to Comic-Con because he attends every year to coast on his vaguely cult status as the star of “Viking Quest”; a syndicated action drama similar in style and tone to “Hercules” and “Xena” (except maybe it also took place in space?). Point is, Comic-Con is where Johnny can go and feel like a big shot and also make a few thousand bucks selling autographs and photos. This is something accurate to the Comic-Con experience, as there are plenty of cult actors who are financially dependent on doing convention appearances around the world. They don’t usually wear their costumes, though. Johnny Drama does. 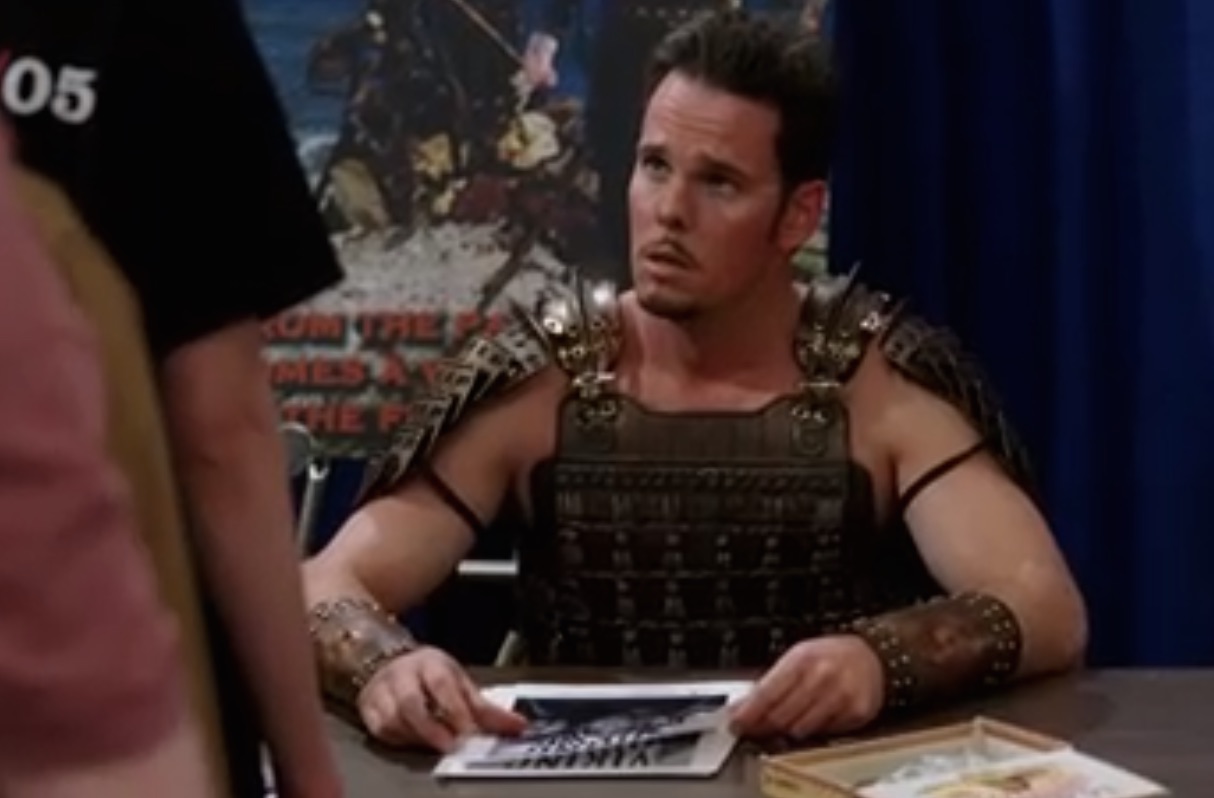 So, anyways, the boys go to Comic-Con, at which point we’re met by the episode’s only real nemesis. PR rep Shauna (Debi Mazar) wants Vince to sit down with fictional blogger/journalist RJ Spencer, established as one of the “comic-book loving geeks” that this episode is devoted to crapping on. (It’s never strongly implied that RJ Cutler represents any specific blogger from this time period, but think Harry Knowles of Ain’t It Cool News or similar.) RJ Spencer is very popular on this thing we call the Internet, and everyone is positive his opinion of Vince is a dealbreaker for “Aquaman’s” credibility.

Vince finally sits down with RJ Spencer, even dropping a little hardcore comic book history on him, which is kinda cool — who knew a woman was an artist on the “Aquaman” comic for several years? But the interview goes south when the guy starts prying into Vince’s past relationship with Mandy Moore (playing herself, playing Aquagirl) and Vince shuts it down. RJ Spencer, by the way, is played by Rainn Wilson from “The Office” because all actors are susceptible to type-casting. This episode aired in between the first and second seasons of “The Office,” so Wilson was still mostly an unknown nerd at this point.

That doesn’t mean he’s gonnna take it when Vince calls him an “asshole” and walks away from the interview. “That little comment just cost you your opening weekend!” he shouts as Vince leaves the hotel bar, followed by, “Aquafag!” At all times, remember that “Entourage” was a show rich with class and dignity.

In case you were wondering, “Entourage” was nominated three separate times for Outstanding Comedy Series at the Emmys. 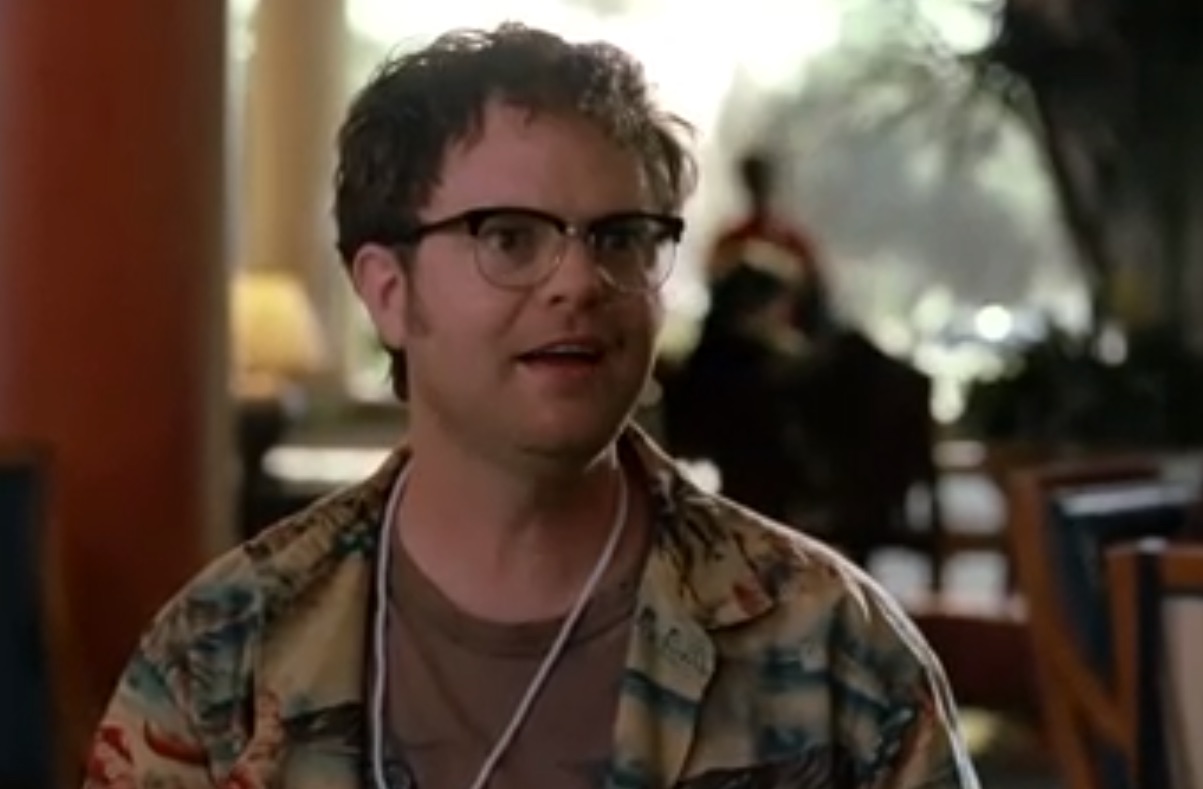 The Comic-Con storyline ends with Vince and Mandy facing… well, a large group of people, with cameras, in what looks like a hotel ballroom. It’s not a sit-down panel for fans. It’s not really much of a press conference. It’s just lazy staging for Vince and Mandy facing the public and, again, bears no relationship to the reality of how an actual panel event would be set up.

It’s worth noting that the entire Comic-Con portion of this episode takes place, basically, inside a hotel, as if no one involved with the actual making of this episode had ever seen the inside of the San Diego Convention Center. (Perhaps they blew the budget on filming inside the Staples Center during a U2 concert? That’s another thing that happens in this episode.)

Seriously, the amount of research put into recreating Comic-Con is just hilariously bad, especially given that they were doing so on an HBO budget. If you were to believe “Entourage,” you’d guess that maybe 500 people were attending the event. In 2005, that number was actually more like 100,000.

But the reason to re-examine this episode, 10 years later, is NOT, as outlined above, for an accurate representation of San Diego Comic-Con, but how it serves as a fascinating time capsule of 2005, when it comes to a major cultural shift taking place at that time.

“I Love You, Too” is actually fascinating to dig into as a way of processing Hollywood attitudes towards the rise of fan culture that’s become a major blockbuster driver. Nothing showcases how much things have changed for Comic-Con like this episode, at least when it comes to the way Hollywood once was utterly dismissive of a subgroup that’s now become truly mainstream.

There are six characters representing the nerd population of Comic-Con, in this episode. Their character names are Nerds #1-6. Today, at the very least, they might have names. One or two of them might even be women. And maybe, just maybe, they’d use the word “dorkapalooza” just a little bit less. Because Comic-Con may not be the make-or-break event it was once considered to be, but those who attend are no longer seen as pariahs.

READ MORE: What Went Wrong With the ‘Entourage’ Movie