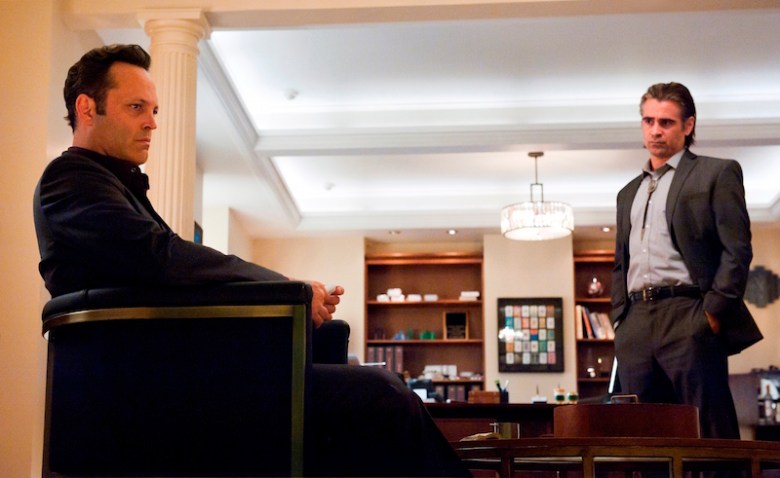 Well, that was anti-climactic. “Down Will Come” (Episode 4) ended with the biggest action scene of Season 2 (by far), so it would have been fine to string together a character-driven follow-up hour centered around our heroes (and antihero) putting the pieces back together. But everything that happened in “Other Lives” felt like filler; the 66-day time jump, the new clues that lead to more new clues, Frank and Jordan’s adoption drama (good Lord, the adoption drama), and even Ray and Frank’s long-awaited showdown all were small pieces to a section of a bigger puzzle.

And it’s a section we’re all-too-familiar with by now. Think about it: What did we learn this week? Aside from the very slight progress made in the actual investigation of Ben Caspere’s murder (which, frankly, we’re shocked even these “true detectives” are still invested in), Episode 5 was spent watching Frank and Jordan patch things up (hooray?), Paul have it out with his mother over her stealing $20,000 from her own trailer (get a safety deposit box, man), Ani attend sexual harassment counseling with the world’s most gullible cops and Ray finally learn what we’ve all suspected: He killed an innocent man just so Frank could have a cop in his pocket.

There’s hardly enough there to sustain an episode within a regular television series made up of 13 or more episodes, let alone a miniseries like “True Detective” that’s been needing to hit the gas for weeks. 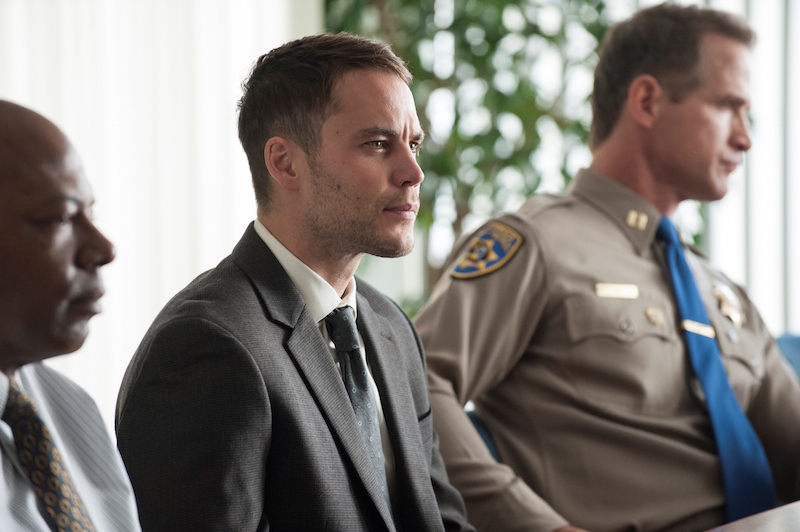 Well, we found out Dixon was a dirty cop in what’s a tight competition for the biggest “No Duh” moment of the week (along with Frank lying to Ray about his wife’s rapist), but at least the blue diamonds so prominently featured in earlier episodes came back to significance here, linking Ani’s missing girl to the sex parties being held to blackmail local big-wigs. Now everyone wants that stolen hard drive, but let’s talk about that shed first.

Forgiving the blunt exposition given during our three detectives’ reunion — “Paul is going to this. Well, Ani going to do that. Okay, well, Ray will reluctantly do whatever” — Paul’s search for the diamonds and Ani’s interest in Caspere’s northern activities led them to…something. The house circled by birds — did anyone else expect a reappearance of Mr. Crow Mask? — was a mysterious find, as the vultures’ presence indicates fresh blood. That’s not where Caspere was murdered (he was killed in his sound-proofed Hollywood apartment), so who’s dead and who’s been using the shed near Caspere’s oft-visited but now-abandoned getaway home?

Certainly it’s a bit out of the way to be used by Dr. Pitlor, Mayor Chessani’s kid, Tony, and Frank’s mutinous henchman Blake. The fact that they’re running a human trafficking ring consisting of surgically cut-up women fits right in with this season’s nasty streak, but they also don’t seem like the type who would torture anyone inside a tiny shed tucked away in the woods of NorCal. They’re too posh — or at least want to be — for that sort of behavior. No, I think the person inside that crow mask is connected to this. He’s got the hard drive Frank and Ray are both looking for, and he’s got a penchant for violence. Plus, those flying birds/clues weren’t just to point out the shed to Paul and Ani. They were another less-than-subtle message to we viewers, as well. 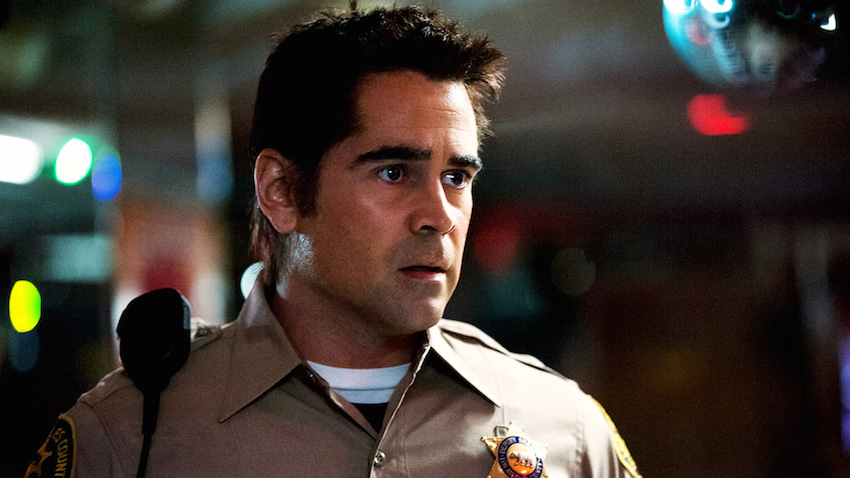 Despite only “Detective” Woodrugh coming out ahead from the Vinci Massacre, it was the cop who quit the force who continues to hold our interest. Love or hate the man he plays, Colin Farrell’s depiction of Ray Velcoro has been one of the most controlled, tender and self-aware turns on TV or anywhere else. He’s been put on a roller-coaster of emotions, often being called on to be a drunk, violent and abusive henchman one minute before switching to a weepy, vulnerable, house of cards the next. Never was that on better display than in two scenes from Episode 5 that paralleled previous encounters from earlier this season.

When Ray was told he had to undergo a paternity test as well as supervised visits with his son, his reaction was slightly more contained than when Gena threatened those same actions a few weeks back. The scenes, as written, could have been played in an identical manner. Instead, Farrell recognized how Ray’s newfound sobriety (other than booze) would effect even his rawest reactions to intense emotional moments, and he honed his expression accordingly. The same could be seen when he beat the hell out of Dr. Pitlor. Much like when he attacked the father of his son’s bully in the premiere, Ray was unleashing something dark within himself. This time, though, it was a morally justifiable action, and Ray’s penchant for violence was again subdued ever so slightly. These kind of particulars have always been a strong suit for Farrell, and they’re helping maintain interest in “True Detective” during lackluster episodes like this. 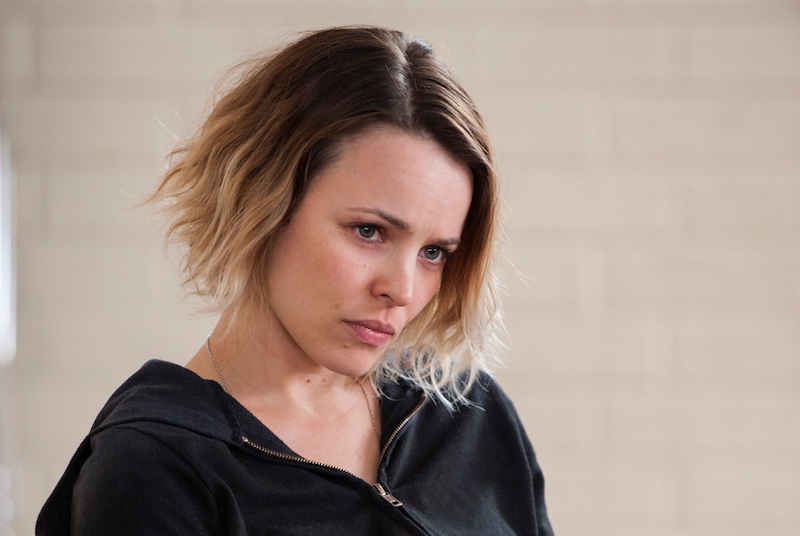 “I really want to have trouble handcuffing the thing.” – Ani Bezzerides

There really wasn’t a laugh-out-loud moment in Episode 5, but Ani childishly toying with her fellow sexual harassers in a counseling session she didn’t need came the closest. There could have been more of that type of productive outlet for our cops’ collective frustrations, honestly. Rather than letting them scream in trailers, beat up horrified therapists, or talk about adopting a baby no one cares about, why not let this crew getting back on the case for the right reasons vent a little at the system that kicked them off it in the first place? Paul needs a release outside of drinking two airplane bottles of booze with his iced tea — and clearly he’s not going to embrace his hidden sexuality — just as much as Ray needs something to do other than pick on people who can’t fight back (not that the bad doctor didn’t deserve it). Instead, it feels like they’re doing it because they have nothing else to do. Paul, as he keeps saying, “needs to be in the field.” Ani’s only setting is as the truest detective. Ray gave up his vices (other than booze). Seeing our heroes fight back against the chains that bind them is far more fun than watching them chase another addiction to its destructive end. 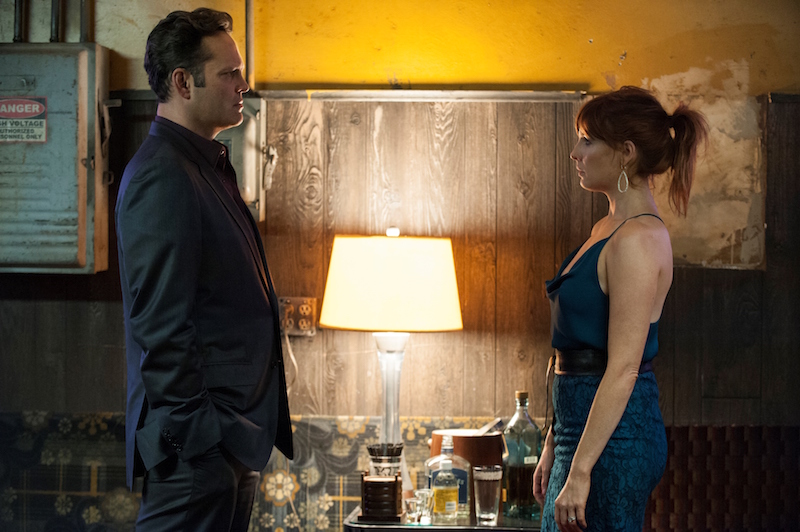 “True Detective” leaned heavily into its murder mystery in Episode 5, but it didn’t do so as effectively as needed. The balance nearly-achieved in the last two weeks was thrown off kilter as Pizzolatto laid out a lot of exposition leading next to nowhere and merely recycled old character tropes for his actors to run through on the human interest side of things. Sure, the scenarios were new — everyone has a different job title 66 days after the case was closed — but we’d seen these cops deal with all this before. Paul’s struggling with his identity (/lacking a distraction from it). Ani is too dedicated to her job to see she’s putting her sister in danger (seriously, she’s got to be the first family casualty, right?). Ray is conflicted his status as a father, and Frank doesn’t know if he can be one. We’ve done this already. It’s time to move forward.

As frustrating as that aspect of the hour was, it could have been salvaged with some more juice in the plot. Had, for instance, we been able to see Ray and Frank’s confrontation that was instead used to tease next week’s episode, this week’s may have been improved. Instead, we watched a shoddily-constructed hour of television with edits trying to mask bloated dialogue (cutting away from a scene as if its over only to return to it moments later is a distractingly amateur choice even to break up the lagging pace) and more unfounded match cuts from convenient props to California’s skyline/roads. When (or if) we look back on the season, “Our Lives” will be the episode we all forget — or at least wish we could.

Random Thoughts:
– “I carried you for nine months and I’ve been carrying you ever since, with your weirdness.” Ignoring any issues with the line itself, how many times are we going to be told Paul is gay without a) someone saying the word, or b) having something relevant come out of it? It would have been one thing if his mother threatened him with the information — or someone connected to Paul’s job or fiance did — but I don’t think she’ll be coming over for family dinners with the new wife and baby. So it’s just one more side story stuck in neutral.

– McAdams calling out Ray for working with Frank, “some comeback mobster,” is interesting. It at least means the police are aware of Frank’s resurgence in the underworld, which wasn’t necessarily the case before. Perhaps his desperate attempts to set up new sources of income will come back to bite him?

– Is it time to start placing bets on who will die at the end of Season 2? I know both our lead detectives survived in Season 1, but this year has been darker and is populated with more targets, including one villain. While I think Ani’s sister is next on the list — out of the sex camera biz? into Cal Arts*? being asked to dig back into a criminal underworld for her obsessed cop sister who will go on a maniacal crusade to avenge her death? uh oh. — I’d bet at least two of the four main characters bite it in the next three episodes. For now, I’ll go with Ray and Frank. Who, if any, are you worried about?

READ MORE: Why No One Can Agree On Anything About ‘True Detective’ Season 2