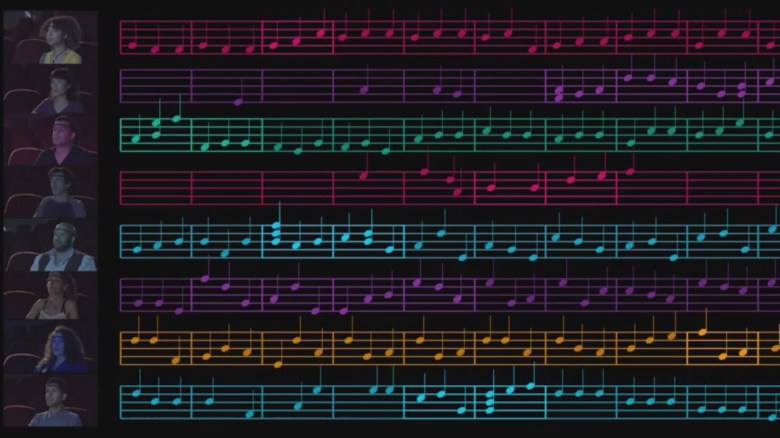 “Sense8” may have finished its first season, but J.
Michael Straczynski and the Wachowskis aren’t done letting the world know just how
cool they think telepathy is. The creators teamed with technologist Patrick
Gunderson to complete a project called “Brainwave Symphony,” a real-world
experiment that plays on “Sense8’s” themes of telepathic
relationships to compose a song from the brainwaves of eight strangers. How they did it is pretty awesome.

Netflix took eight “Sense8” binge-watchers, sat them down and exposed them to stimuli meant to
elicit specific emotional and psychological responses. The recorded brainwaves were then run through an algorithm
that identified patterns within the scans and translated them into musical
notes that, when combined with the other seven, would produce the finished
product: a dark, riff-heavy electronic piece. It’s not quite “What’s Up,” but it does fit into something
you might hear on the show.

Watch the symphony made above, and take a listen to
the complete track via Spotify.

READ MORE: What Matters in a TV Premiere? How ‘True Detective’ and ‘Sense8’ Hooked Viewers

This Article is related to: News and tagged J. Michael Straczynski, Sense8, The Wachowskis, Video