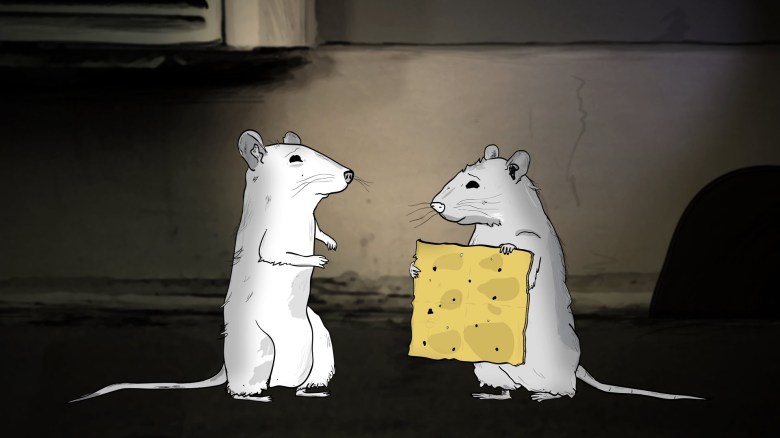 The New York Television Festival announced today the official selections of this year’s Independent Pilot Competition. The NYTVF, an fest dedicated to connecting the best of the up and coming creative talent with networks, studios, digital media companies, and various brands, will be held October 19-24 at the Helen Mills Theater and Event Space, with additional festival events held at the Tribeca Three Sixty and SVA Theater.

The jury, comprised of the NYTVF screening committee and NYTVF-HRTS Next Generation Committee, picks the IPC winners from a variety of categories, including Best Comedy and Best Drama. Notable IPC projects from the past include the new animated series from the Duplass brother’s “Animals,” which HBO picked up for two seasons, the Jimmy Fallon-produced NBC pilot “Sharing,” Pivot’s “Shrink,” and indie distributor The Orchard’s recent television venture “The Jamz,” which is currently wrapping up post-production. The new batch of incoming series will also have the opportunity as Official Artists to receive a development deal from one of the NYTVF’s Development Partners — networks and studios who have each guaranteed to make at least one offer.

“We received more submissions than ever before and I can honestly say that this is the best line-up, top to bottom, that we’ve ever featured in 11 years of the Festival,” said NYTVF Founder and Executive Director Terence Gray in a statement. “We’re seeing across-the-board improvements on both the creative and production sides with truly fresh voices that will be big draws for buyers and TV enthusiasts alike. It’s very exciting to see the growth in the community and the level of creative firepower coming into the NYTVF, and we’re thrilled to share these selections with the world.”

The talented writers, actors, and producers that comes from all corners of the globe. Themes from this year’s submissions include LGBT, improv comedy, Broadway performers and producers and pilots from the sci-fi/fantasy realm. Check out the full list below.

The Accidental Wolf (Dramatic Thriller)
Created by Arian Moayed – New York, NY
One woman’s destructive obsession to uncover the truth behind an unexplained extermination of a remote African village. Created by Arian Moayed (Tony nominee for Bengal Tiger at the Baghdad Zoo, Rock the Casbah) and starring Kelli O’Hara (Tony winner for The King and I) and Mike Doyle (Law and Order: SVU).

Ana Mead (Short-form Comedy)
Created by Justin Gordon-Cooper – Los Angeles, CA
A comedy about a girl who was created in a video game…and uploaded into the real world as a social experiment.

Anamnesis (Dramatic Thriller)
Created by Alex Calleros and Michael Tucker – Los Angeles, CA
A group of strangers realize they’re able to share each other’s dreams; to understand why, they’ll have to find each other in the real world.

Beyond (Dramedy)
Created by Tom Russell and Hunter Phillips – Provo, UT
A strange root appears in a small Midwestern town and causes those who taste its sap to lose their grip on reality.

Black Rose (Urban Drama)
Created by Harry Davis – New York, NY
Amidst a years-long search for her orphaned niece, an anthropology professor centers her research in a crime-ridden section of Brooklyn. When she discovers a wave of teen abductions in the area, her mission becomes a quest for truth – a quest that will threaten all she knows, including her life.

Couch House (Short-form Comedy)
Created by Lyra Smith, Marcia Belsky and Christy Coffey – New York, NY
Three girls have incredible adventures in the most exciting city in the world…mostly on their couch.

Danny’s Choice (Short-form Comedy)
Created by Doug Keeling and Alyssa Keeling – Louisville, KY
Set against a fever dream of hilarious PSAs “filmed” in 1993 Milwaukee, naive 11-year-old Danny is trying to survive the 5th grade one difficult choice at a time as his friends constantly peer pressure him to abandon his morals.

Dead John (Whodunit Comedy)
Created by Bob Borrmann and Luca Stein – Brooklyn, NY
Bob and Luca are in the middle of the most elaborate murder mystery ever told… and they couldn’t care less.

Ex-Girlfiend (Short-form Comedy)
Created by Laura Grey and Lauren Ludwig – Los Angeles, CA
Gregor’s life is thrown into chaos when his ex-girlfriend Anna shows up in his apartment as a ghost.

Funny Cause It’s True (Unscripted Comedy)
Created by Victor Varnado – New York, NY
A “Mythbusters”-style look at the world of comedy that deconstructs a comedian’s act from the inside out. Featuring Hannibal Buress (Why? with Hannibal Buress, Broad City).

Goodnight Jeffrey (Short-form Comedy)
Created by Tyler Smith – Chicago, IL
Jeffrey is a worrier, especially at night. Unable to fall asleep, he replays his day through the lens of his neurotic memory and imagination.

Harlem Knights (Sports Dramedy)
Created by Ben Pitts, Kevin Morris, and Otoja Abit – New York, NY
Five former star basketball players reunite in an attempt to salvage their tarnished glory and rebuild their lives on and off the basketball court.

Help Yourself (Workplace Comedy)
Created by John Launchi, Mike Ryan, and Justin Ryan – New York, NY
To prepare for reentry into society, the derelict members of a work release program perform various community service jobs despite lacking work ethic, people skills, and the desire to service anybody but themselves.

Jealous Dad (Short-form Comedy)
Created by Matt Evans – New York, NY
When actor Mark Shea’s 7-year-old son unwittingly books a national commercial at one of Mark’s auditions, Mark’s jealousy gets the better of him causing him to resort to desperate measures.

Jersey Chasers (Investigative Drama)
Created by Skylar Harrison – Los Angeles, CA
When aspiring sports journalist Harper Payne discovers a dark secret about her college football team’s star quarterback, she is faced with a decision that could make or break her career.

The Katering Show (Short-form Comedy)
Created by Kate McLennan and Kate McCartney – Melbourne, Victoria, Australia
The journey of a food intolerant, and an intolerable foodie.

The Midnight Anthology (Dramatic Thriller)
Created by Andrew Chan and Sherman Alan Kew Jr. – Los Angeles, CA
In the near future, where time-travel is possible and technology is heavily regulated, death row inmates send letters to their former selves to warn them of a destructive path. On the eve of his execution, an inmate sends a letter to his eight-year-old self…with a secret message that only he can decode. Featuring Clancy Brown (Sleepy Hollow, Carnivàle).

Monica (Short-form Comedy)
Created by Doron Max Hagay and Lily Marotta – New York, NY
A darkly comedic web series that imagines Monica Lewinsky’s life in 2001 — when she was 27 and living in New York City — as she struggles to keep global notoriety from getting in the way of creating a life for herself.

Moving On (Short-form Comedy)
Created by Marcia Fields and Mike Spear – New York, NY and Los Angeles, CA
Get to know the moving company you call when you want someone moved out of your office, out of your home, or just plain out of your life; because at Moving On, it’s their business to get personal. Starring Robin Lord Taylor (Gotham) and Ryan Farrell (Inside Amy Schumer).

The Other Kennedys (Short-form Comedy)
Created by Shane Tilston – New York, NY
Marshall and James are cousins and very distant relatives of the Kennedys. So distant they’ve never been considered part of the family.

Phoenix Run (Dramatic Thriller)
Created by TJ Walker – Tacoma, WA
In a near post-pandemic future where superheroes and zombies exist, a street-smart smuggler takes a job to hijack a vaccine shipment and finds himself in possession of an experimental serum that could cure the world’s Superhuman pandemic.

Settled (Short-form Comedy)
Created by Blair Beeken and Asher Perlman – Chicago, IL
A married couple of suburban doofuses experience life’s parade of mundane frustrations, most of which are self-inflicted.

Sox News (Puppet Comedy)
Created by Tyrus Emory, Sam Jay Gold, Christina Hurtado-Pierson, Chris Ford, and Austin Sanders – New York, NY
Watch the ragtag team behind the unwatched evening news show “Touching America” as they race to the bottom on their way back to the top of the ratings. Also, they’re sock puppets.

READ MORE: Sundance: ‘Animals’ Creators on Mark Duplass and If Film Fests are the Future of Indie TV