8 Awesome Things We Learned About the Making of 'Sense8' 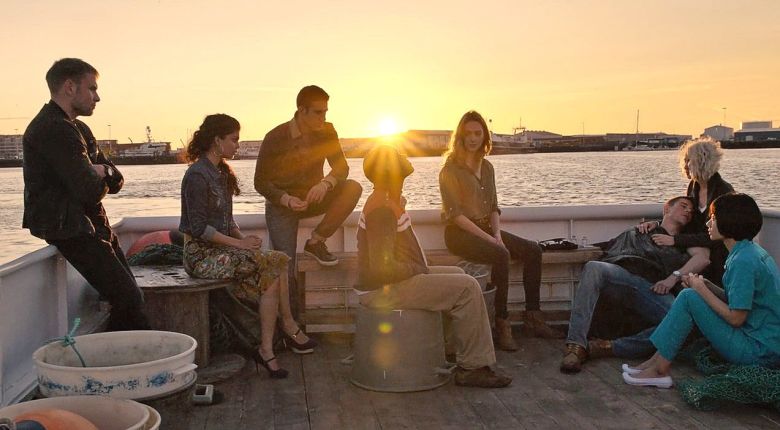 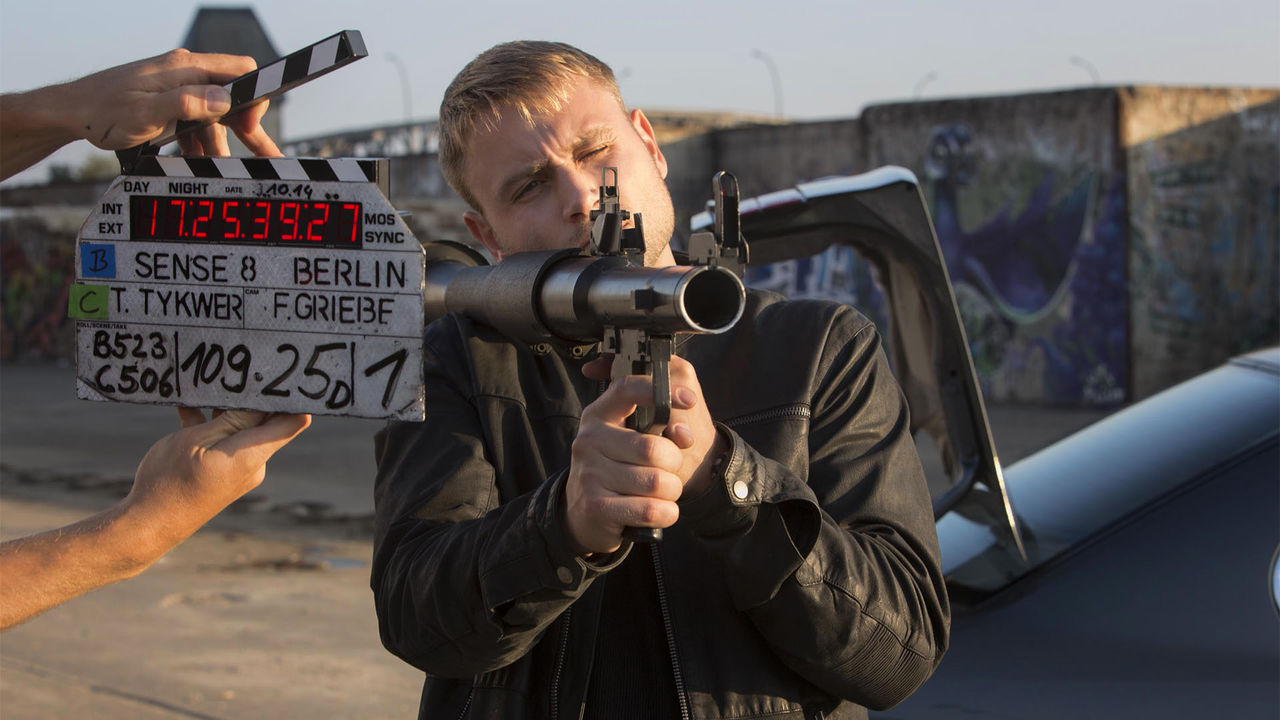 “Sense8” fans were given a few things to celebrate last week, including a second season renewal on the sensates’ August 8th birthday. And we now have something special to fill the hiatus thanks to “Sense8: Creating the World,” a new behind-the-scenes look at the production of the Netflix original series.

The 25 minute documentary is a fun and illuminating breakdown of how some of the show’s most complicated sequences were filmed, along with a few anecdotes about some of the actors’ first days and a glimpse of how dedicated the Wachowskis were about keeping things as real as possible. Here are some of the highlights.

Producers wanted the show to feel as organic
as possible and filmed on location, so scenes that were meant to take place in Seoul, Mumbai and Berlin were actually shot in those cities. They also hired local actors and crew members to help keep a realistic atmosphere.

The actor explained that her favorite San Francisco shoot featured the chase scene where Nomi decides to steal a car to escape from the police. As soon as she gets in it, Nomi realizes that she doesn’t actually know how to drive, but this is also true of Clayton (good for her, driving in SF is a real bitch), who said that the scene was written perfectly for her. 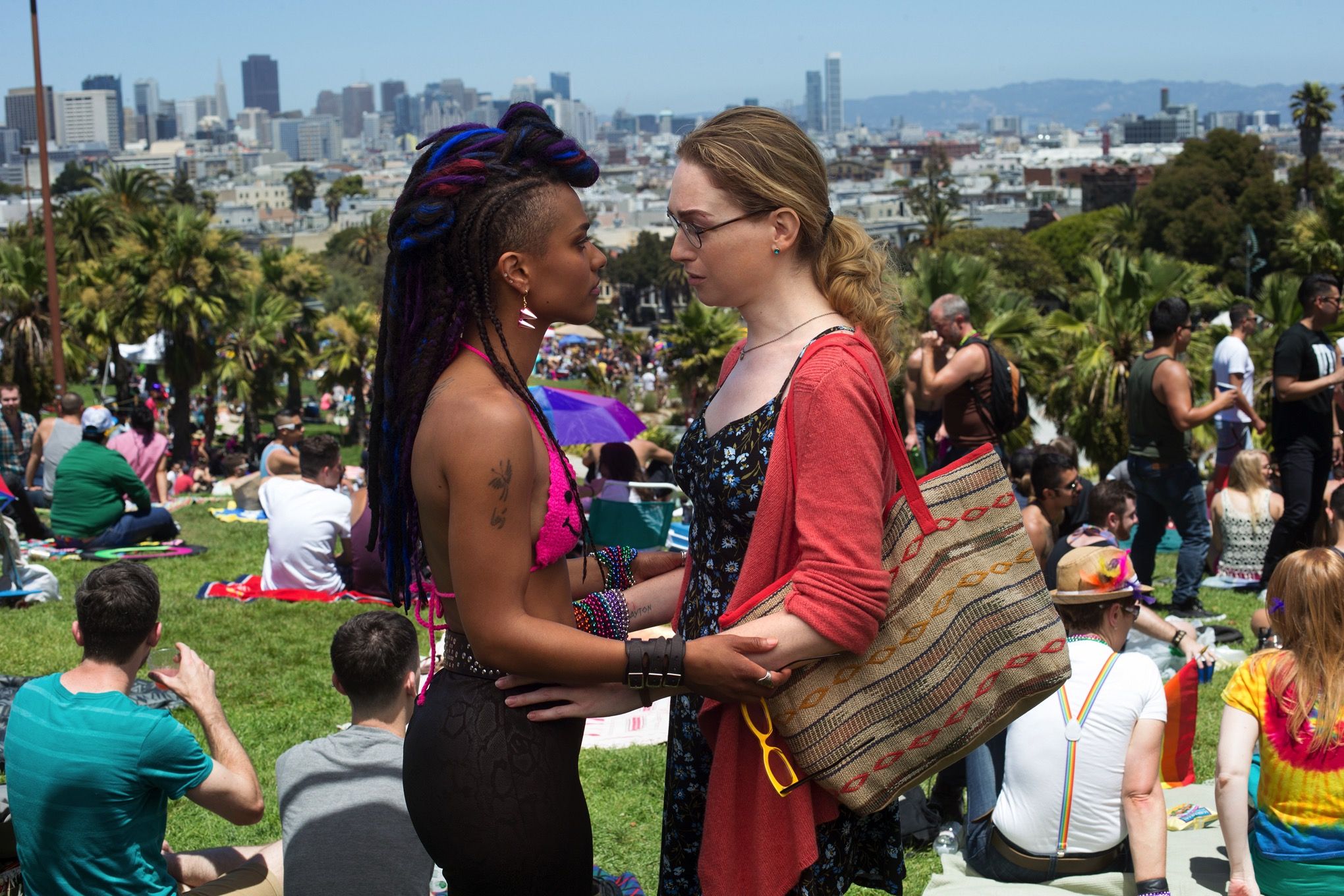 Riley’s introduction as a DJ had Tuppence
Middleton perform between two actual sets at the KOKO without the audience ever
noticing that she wasn’t a real DJ, and the wrestling match that Lito, Hernando and Daniela attended
was filmed at a real match, with the actual crowd.

Similarly, Nomi and Amanita’s scenes at San Francisco Pride were shot during the parade, including the sequence at the actual “Dykes on Bikes” segment of the celebration, where Nomi suffers a headache and falls off their motorcycle.

Aml Ameen also did most of his character’s driving around Nairobi in
the Van Damn. At one point, Ameen was pulled over by the police and the crew had to explain
what was going on.

4) The cast shot their scenes in each country all at once, before moving on to the next location and
starting over.

Brian J. Smith compared shooting that way to adding layers
of paint on top of each other, and Tuppence Middleton explained:

“We start in one location and then we all move to the
next location. So, that in itself sort of screws with your mind because you
film everything based on where you are in the world as opposed to where you are
in the story, so that’s very confusing.”

This provided the cast and crew
with space to adjust their performances, and sometimes even the writing, to see if they could
improve a scene based on previous takes in the other cities.

“If they had already shot in San Francisco and Chicago,” explained editor Joseph Jett Sally, “It was important for the directors and the actors to see in Iceland what the scenes were looking like.” 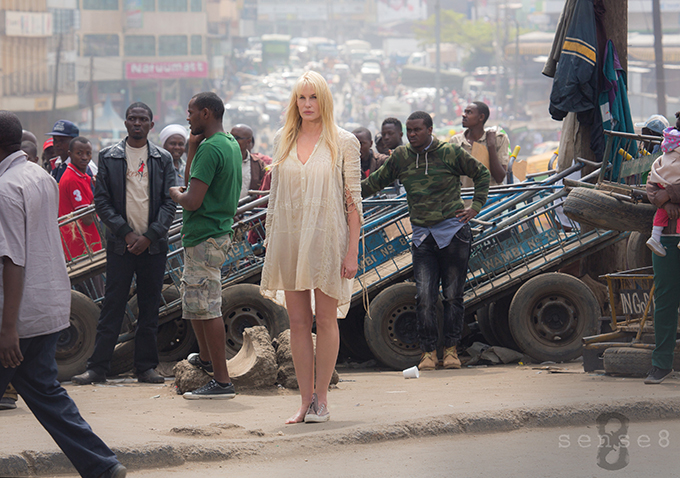 6) The Wachowskis shot the sequences where the sensates connected telepathically as simply as possible.

The scenes weren’t filmed using stunts or tricks — instead, the directors implemented clever ways of using the camera, panning out or having another character block the shot to give an actor time to duck or roll out of the frame while their partner jumped into
their place.

Silvestre explained that the connections weren’t created through post production editing, but that the actors’ movements in each scene were carefully choreographed, using a piece of wall or a shadow to get actors in and out of their shots.

“Every time we do it, it’s been different,” Smith added. “We’ve done actual physical swaps, where someone will slide in on a shot. We’ve done it so many different ways. It’s kind of endless.”

7) The cast grew
extremely close after traveling around the world together for four months.

Middleton
explained that, even though they weren’t always together, she and the other
cast members bonded quickly. “I think within about a week of being in San
Francisco for rehearsals, we were like a family.”

Max Riemelt invited the cast to his home in Berlin for
dinner, and Doona Bae was extremely excited about shooting in her home city, Seoul, where she gave the others tours around town.

8) Once all 12 episodes were finished, they were screened together in one day.

The editors were able to have their own binge of the show, which gave them to opportunity to gain a better sense of “Sense8” as a whole, essentially creating a single 12 hour movie — because what’s a Netflix original if not incredibly bingeable?

You can watch the entire documentary on Netflix.

READ MORE: What Matters in a TV Premiere? How ‘True Detective’ and ‘Sense8’ Hooked Viewers