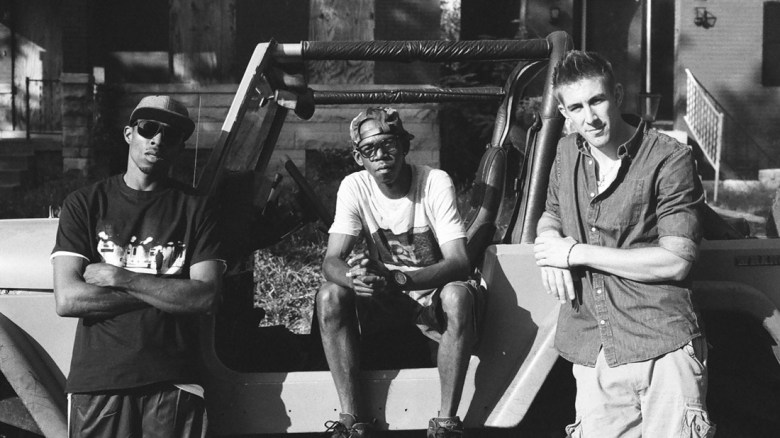 READ MORE: Music and Movies Collide In This Sundance NEXT FEST-Inspired Mixtape

In anticipation of NEXT FEST, Indiewire asked filmmakers with projects screening as part of the program to curate a selection of tracks that may have served as inspiration during the production process or are evocative of the world and themes explored by the film.

I chose to implement a variety of music genres into the film. There are songs from the blues, hip-hop, R&B, EDM, gospel and rock genres.

The reason I used so many different genres is because the characters travel in and out of several neighborhoods throughout the film. Each neighborhood in the city has its own musical vibe. The music used in “Cronies” is from St. Louis, Missouri. It was important to include local musical vibes into the film. The songs below gave inspiration and a template in my search for music for the film.

In essence, this song can be considered a love song. Lol. It’s a little harsh in language, but he is basically saying he can’t live without his homeboys. This is one inspiration to reason why I wrote “Cronies,” because it was intriguing and entertaining to explore men struggling to express their love for one another.

This is another song that is less harsh, but still has the same theme. Love for the homey. Friendship, one of the main themes of “Cronies.”

This song inspired the vibe the three guys wanted to be on throughout the day. They set out to enjoy their day, but it didn’t quite work out.

I enjoy soulful rock music. Also, I considered Jack (character in the film) a sinister kid. He is a wild guy in the film.

Same as the above. Soulful rock music.

In the film, the deep bass and aggressive rap in this song lets the audience know we are entering into an aggressive and dangerous environment. There are scenes in the film that I needed to use this style of music to get that point across. Plus, it set up the drama between the main characters.

I would have loved used this song when the DRAMA hits the fan in the film.

After all of the drama has exploded in the film, I wanted to use a gospel song to help ease the moment. This song inspired the feel I was going for.

I feel this goes great in the film due to the context of the song being about the struggles of trying to make it in life, and at the same time, avoid the pitfalls of what can come about with growing into one’s own.

I feel this song would have accompanied the dice game scene in the film very well. The essence of this song really epitomized the mood and feeling of Louis during that scene. During the filming, I can recall during breaks, I would often listen to Dead Presidents to get my adrenaline pumping for the next scene.

I feel this song really goes well with the film. Louis faced many temptations during the film. He was tempted by the allure of being a good friend to Jack, which wasn’t always healthy. Louis also was tempted by the possibilities of becoming the man he knows he could be, which includes being a great father to his daughter.

COMPLETE PLAYLIST
*minus the ones that are only available on YouTube.

READ MORE: The Soundtrack for ‘Dope’ Is Chock-Full of Dope Hip-Hop Tracks From the 1990s

This Article is related to: Festivals and tagged Cronies, Michael Larnell, NEXT FEST